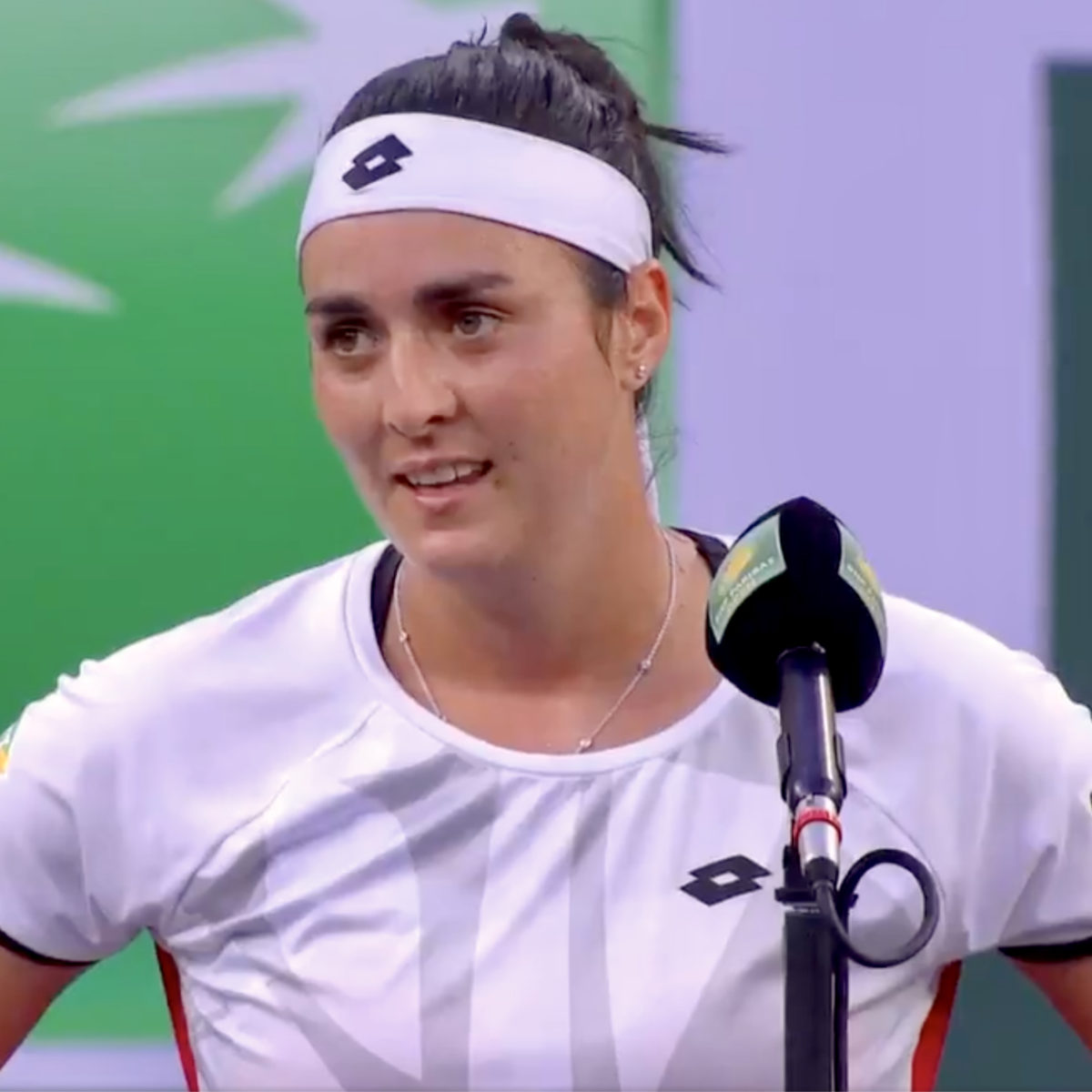 Tunisian Ons Jabeur eased into the semi-finals of the BNP Paribas Open at Indian Wells on Thursday with an impressive 7-5, 6-3 victory over Anett Kontaveit.

Jabeur, who has become the first Arab woman to rank in the WTA top 10, said afterwards it was a tough match and stressful at the end, before she broke her opponent late in the second set to claim victory.

“Always tough to play against Anett. I tried to play my game little bit, but she knows me so well. It was kind of tough to kind of execute those dropshots.

“I’m pretty glad that I stayed calm when I needed to be. It was very stressful at the end. But I’m glad that I got the win and looking forward to play. Why not get the title here?”

Jabeur’s strong forehand helped give her a 4-1 lead over the Estonian in the first set before Kontaveit fought back to level it at 5-5 after the Tunisian had mishit a drop shot.

But Jabeur stuck to her gameplan, hit a superb forehand shot down the line to gain advantage before serving out the set.

Jabeur broke Kontaveit at 4-3 in the second, then fended off to two break points to go 5-3 up before breaking her opponent again to win the match.

As for the top 10 ranking, Jabeur said it was “just the beginning”.

“There is a lot of things that I need to improve. I’m very happy, a lot of emotions right now, but I’m still in competition so I’m trying to calm down and not overthink about Top 10.

“Probably will celebrate after the tournament. I just believed in myself, I worked hard, and this is just the beginning of great things.”