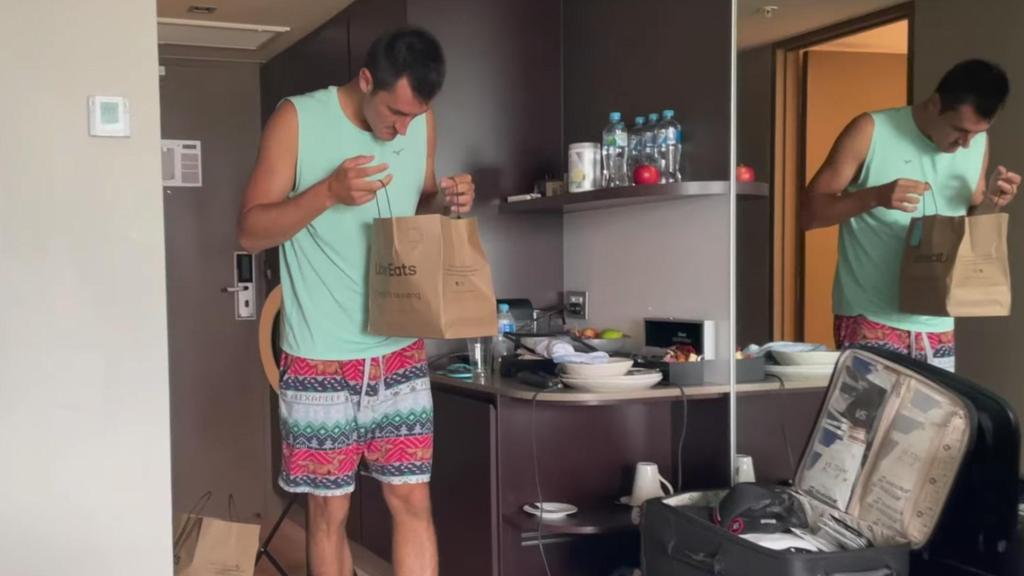 Australian Bernard Tomic’s girlfriend Vanessa Sierra has shared an inside view of their hotel room on a YouTube video.

Sierra also revealed the pair had been stuck inside playing video games for up to 11 hours a day an have abandoned the hotel’s menu and been ordering Uber Eats instead, “because the food easily good.

Tomic is a vegan and the hotel had not catered for that, so the couple were spending their own money on ordered food, she said.

“It’s real hit and miss, sometimes the food is good, sometimes it’s not, so we’d rather order our own food,” she said.

Sierra said nobody had cleaned their room and were forced to wash their dinner plates in the bathroom sink.

Despite other players being able to hit tennis balls against walls and windows in their rooms, Sierra said their small room only allowed for “minimal yoga”.