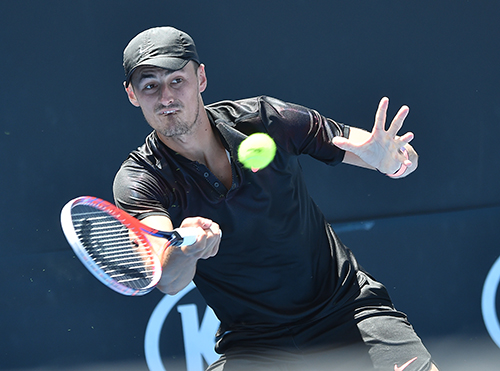 Aussie bad boy Bernard Tomic is one win away from a return to the Australian Open after beating compatriot Tristan Schoolkate 6-4, 1-6, 7-6 (10-3) in Doha.

Tomic said he thought he was “done” when Schoolkate broke in the ninth game of the third set and had match point at 40-30.

He will face another Australian, John-Patrick Smith in the final game. Smith is attempting to qualify for the Open after defeating Dutchman Tallon Griekspoor 2-6, 6-3, 6-4.

One other Aussie is left in the draw, wildcard Dane Sweeny.

The last time two Australian men faced-off in the final round of Australian Open qualifying was in 1992, when 19-year-old Patrick Rafter defeated Mahyar Goodarz to earn his Grand Slam debut.