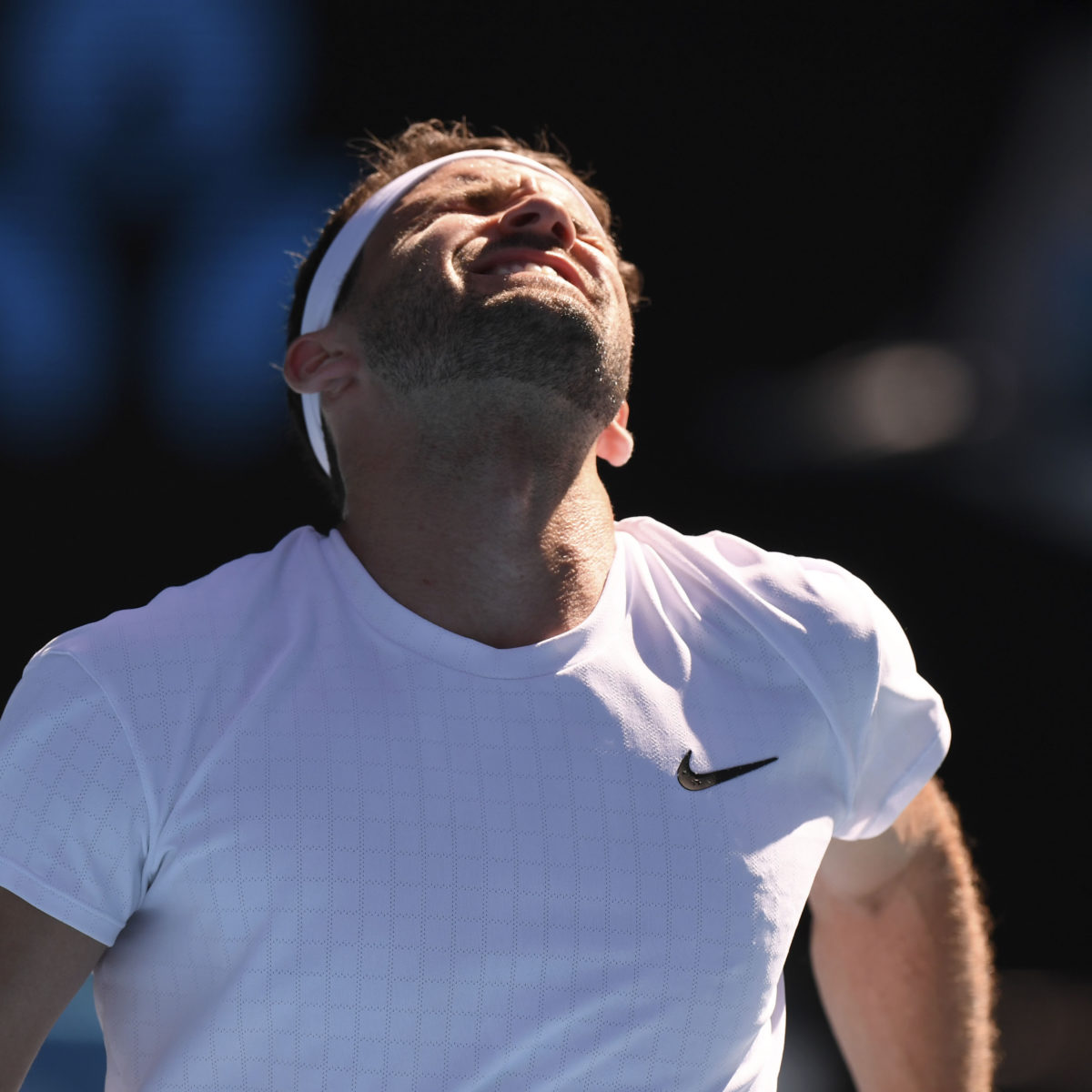 Bulgarian Grigor Dimitrov produced the upset of the day at Melbourne Park today, beating No.4 seed Dominic Thiem 6-4, 6-4, 6-0 to set up a quarterfinal clash with Russian underdog Aslan Karatsev.

Thiem looked out of touch all match in a lacklustre performance compared to Dimitrov, who hit 10 aces and 25 winners on his way to an unpredicted victory.

After his five set thriller against Nick Kyrgios on Friday, Thiem took an early 3-1 lead in the first set only to see Dimitrov hit back and take the set.

And the second set was a carbon copy as Dimitrov came from b behind to stun the Austrian again.

By the third Thiem was lost, unable to match the aggression from the Bulgarian as Dimitrov bagel led his opponent for a famous win.

“Throughout every season you have one of those matches where you just keep the ball rolling and I think today was just one of those days,” Dimitrov said.

“I was entirely trying to focus on what I was doing and the game plan I had.
“He might have actually struggled with something which I don’t know, but I want to give myself credit for staying focused and composed throughout the three sets.
“He’s an unbelievable player and a great friend off the court so I’m not going to be that humble. Of course I’m very happy to be in the quarter-finals.”