Tiley feeling wrath of the ATP 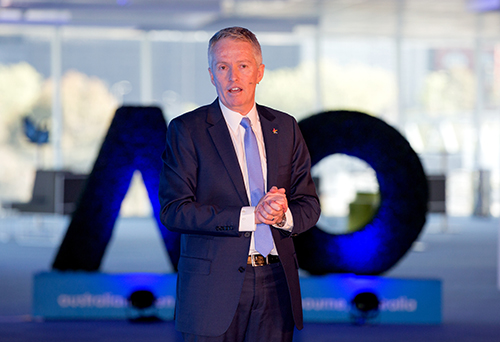 The ATP is far from pleased with Australian Open TD Craig Tiley after the leak of a letter sent from the tournament to players.

That’s the word from the manager of No. 3 Dominic Thiem: Herwig Straka, a member of the ATP board for two years,  told Vienna’s Kronen Zeitung that the men’s sanctioning body is not pleased about the information dump.

The Open schedule – and perhaps its chances for a 2021 edition – remain in limbo, totally dependent on Australian government permission in order to stage the Grand Slam.

With COVID-19 policy calling all of the shots in the locked-down country, the Austrian feels the tournament’s immediate fate is at least debatable.

“Unlike other entities such as WTA or Tennis Australia, in the ATP everything is analyzed first and then a decision is made,” Straka said.

“”It’s true that it is getting closer and closer to reaching an agreement in relation to the Australian Open, but still there is nothing official. “

The manager added: “The ATP is not at all happy with Tiley, after he released a statement to the players.

“They (Tennis Australia) seem to rush to move forward regardless of other things.

“Craig Tiley is under a lot of pressure if things don’t go well in the next Australian Open, you have to be very careful.”

Insider Straka remains unsure of exactly what will happen with the Open, whose January 18 start date looks like being pushed back to at least February 8 – if at all.

In addition, tennis entrants to the country  where international air travel has all but been cut off for nearly six months will be forced into strict 14-day quarantine, with negotiations ongoing as to whether they will be allowed out daily to train,

“One of the things that generates many doubts is the quarantine,” he said. “There is nothing official yet, much less that we have a schedule for the start of 2021.

“I’m one of those who thinks that starting the season with a Grand Slam is not ideal for any player.

“It  would be very good if a couple of tournaments could be played within that bubble so that the players could pick up the competitive pace.”