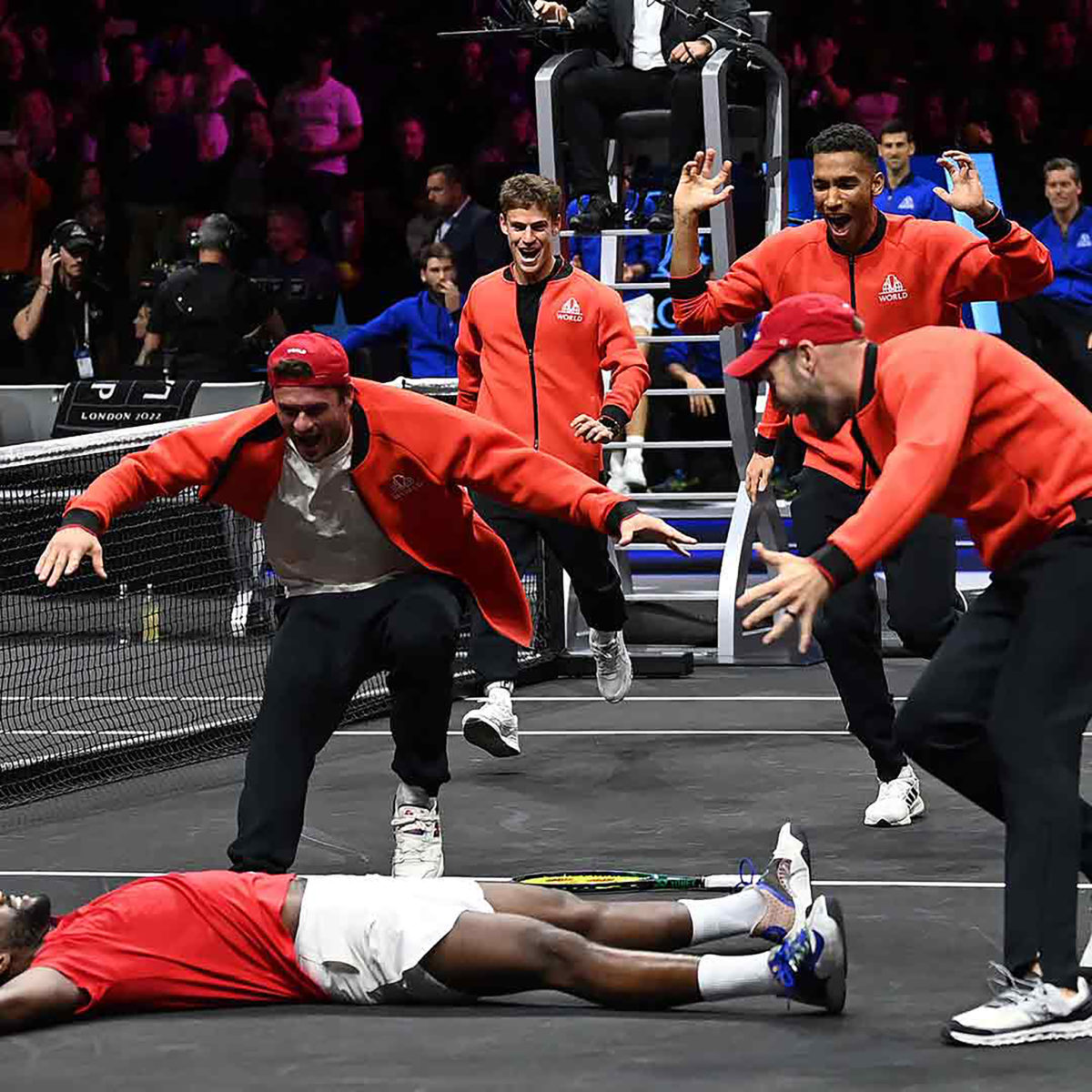 Frances Tiafoe turned the tables on Stefanos Tsistipas to send team World to a 13-8 breakthrough title on Sunday at the Laver Cup in London.

The US Open semi-finalist only a few weeks ago dropped the first set in 21 minutes before staging a marathon revival for a 1-6, 7-6(11), 10-8 victory over his Greek opponent which clinched the tie for his World side..

The weekend loss was the first for previously dominant Europe which  had won the first four editions of the Europe v World team competition.

This edition was marked by the emotional and tear-stained Friday retirement of Roger Federer as he and Rafael Nadal went down in doubles.

The Swiss icon, whose management company organises the annual event, was a fixture on the Europe bench all weekend, cheering his boys on and proffering advice.

Tiafoe saved four match points against Tsitsipas in the second-set tiebreaker, eventually taking the match into a tiebreak third set.

The American who broke through into the Top 20 as a result of his US Open success triumphed on his second match point after an hour and three-quarters of battle as Tsitsipas hit the net.

Victory came a year after World were crushed 14-1 in Boston.

“It’s an incredible feeling,” Tiafoe said, “Our guys really showed up this weekend.

“Captain (John) McEnroe had said this could be our year.”

Federer paid tribute to the crowd of 17,500, with the Swiss already confirming that he will be present in a year in Vancouver at the next edition.

“My team has been fantastic, I’ve enjoyed every minute, even if it was a little emotional at the time.

“I had a wonderful time.”

Tiafoe added: “We did this all together, it wasn’t just me, it was our team. It took a lot of heart to get this win.

“This is big, we’re going to celebrate big-time.”

Tiafoe said that he drew inspiration from the sellout houses at the O2 arena. “We’ve been playing in a packed stadium, competing hard and really enjoying it.

“I’m happy I get to hold the Laver Cup trophy, that’s the only thing that matters.”

World captain McEnroe was overjoyed to finally lift the trophy after repeated disappointment.

“Amazing would be an understatement after four losses. It’s been a long time.

“We’ve been beat up a few times, but we’ve got a great group of payers.

“I can’t picture a better weekend for the players with Roger and my idol Rod Laver around.

Main photo:-Frances Tiafoe is mobbed by his team mates as he secures Laver Cup victory – by Clive Brunskill/ATPTour.com