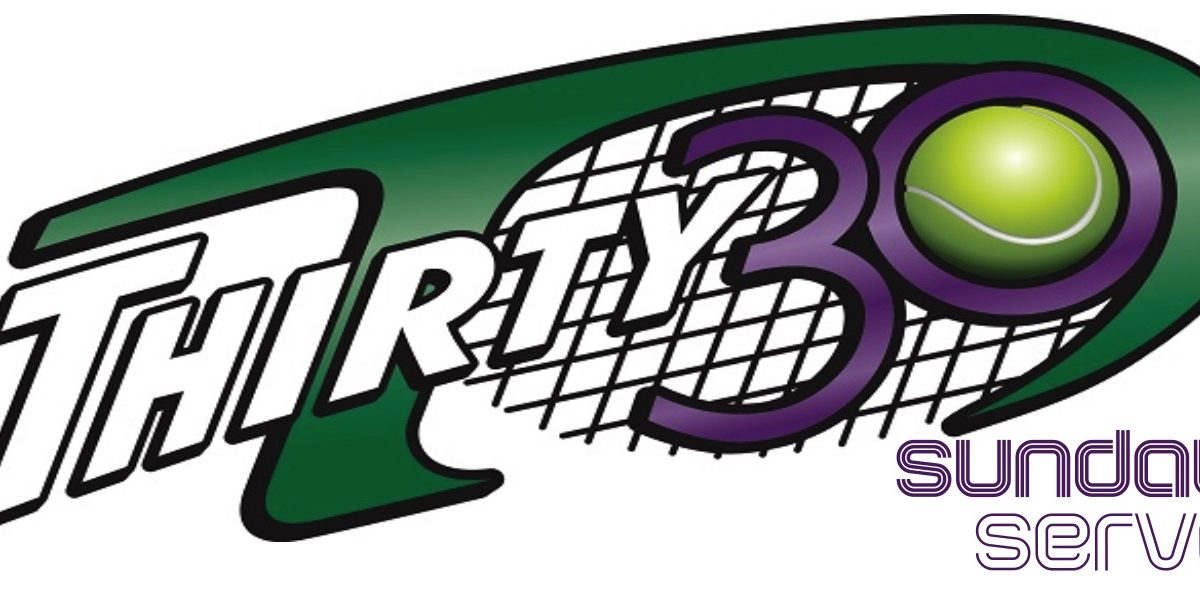 According to Mark Milne, Thirty30 is the future of tennis. An abbreviated form of the game where, says Milne, ‘every point counts’. A game Australians and Brits will see similar traits to the latest form of cricket, Twenty20, a shortened version of of that game which is currently attracting capacity crowds during both northern and southern hemisphere summers.

The rules are simple – the same as traditional tennis, except every game played starts at 30-all and the score of “Thirty30” is announced at the start of every game.

If a set reaches six games all, a short Set ‘nine-point tie-break’, i.e. first to five points, sudden death at four – four, is played to decide the winner of the set by seven – six. 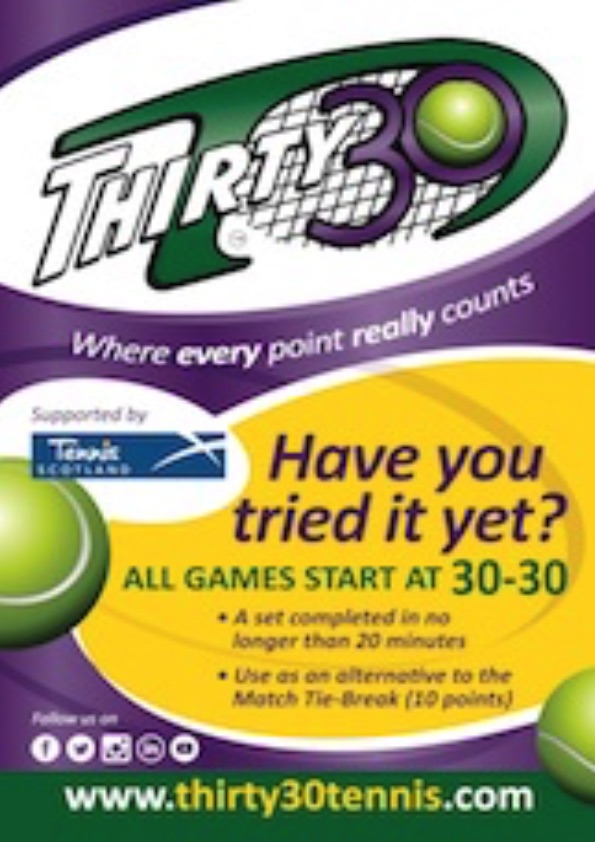 During a set, players serve alternative games and only change ends initially after two games, then after every four games and at the end of each set, i.e. change ends after two, six and 10 games during a set.

A set of Thirty30 takes about 20 minutes with a best of three sets match completed in no longer than an an hour.

Milne asserts that all sports are forced to evolve to keep up. Rules “become outdated and in order to refrain from becoming obsolete, sports have to adjust”.

Add in the growing evidence that sports fans’ habit are changing, and there is a case for this shorter form of the game to thrive.

Many traditional sports formats have been struggling – attention spans are not what they used to be. 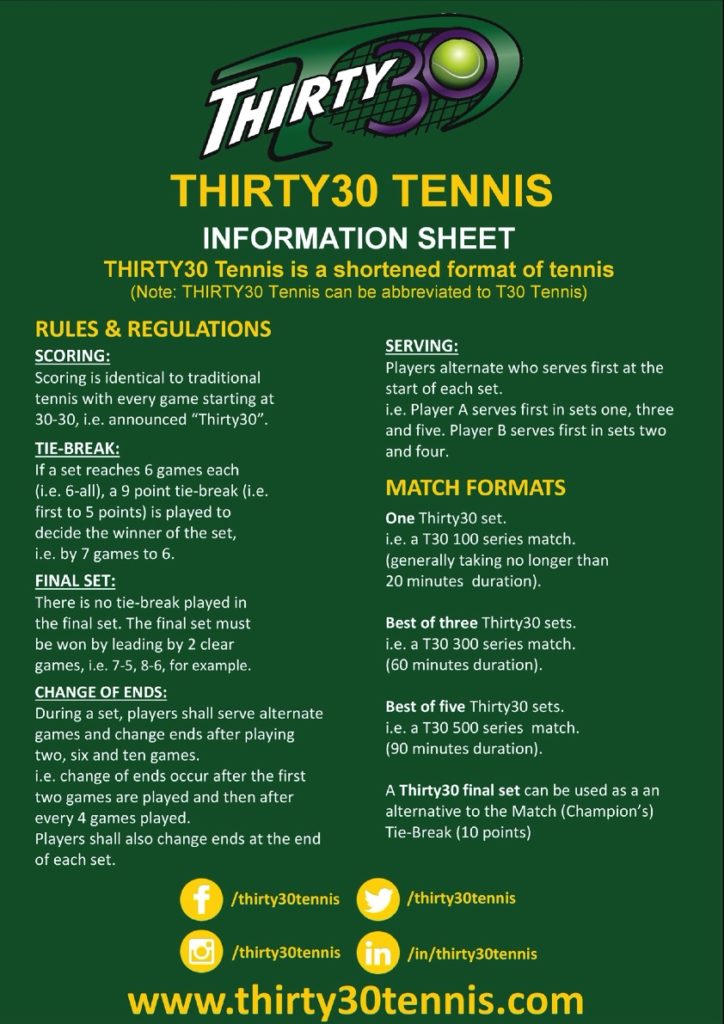 And, says Milne, the introduction of short-form formats provides the perfect antidote to the modern fan’s appetite: action served up fast, live and without extended breaks.

ATP NextGen Events held in Milan recently trialled matches that were best of five sets, sets were to four games with a T-B at three-all and ‘No Ads’ (‘sudden-death’ deuce) and ‘No Lets’ were also used.

Outgoing ATP President Chris Kermode told London’s Metro newspaper: “The objective has been to try and reduce the lulls and down time in matches, with an increase in pivotal points whilst ensuring the match progresses with momentum and that matches have less variance in duration, which has always been a challenge for broadcasters.

And last week the ITF announced that the 2020 Tokyo Games tennis matches will be played over a shorter format – the men’s singles final is to be cut to the best of three sets and the third set match tie-break will be used in all of the doubles events.

Milne says he has spent the past 16 months spreading his gospel. “Through the T30 tennis website (www.thirty30tennis.com) and social media, I have been contacting tennis people all around the world asking them to try the T30 format.

“Feedback has been very encouraging, resulting in over 200 testimonials on the Thirty30 website. Youngsters have especially been enjoying playing the faster moving and more exciting format.”

And once potential convert is Jim Baugh, president of the US Tennis Industry Association from 2004-06. “Every traditional sport needs to change and look for new ways to make the game more appealing to today’s players or potential players,” Baugh said.

“Thirty30 looks like a system which will appeal to players and offers shorter and more intense matches. Alternative forms of tennis are needed for sure and Mark’s system seems to be a winner.”

Milne has even applied to the International Tennis Federation to “Amend the Rules of Tennis” to have Thirty30 considered as an alternative scoring method and it was discussed by the ITF Rules of Tennis Committee at their meeting in Paris during the 2017 French Open.

“Unfortunately, it was decided not to forward the application,” he said.

“But I still believe the Thirty30 scoring method was the way forward It is possibly better than ‘sets to four games, No Ads, No Lets’ (i.e. Tennis Australia’s Fast4) and the ‘MT-B (10 points)’ as it retains the traditions of tennis far better, i.e. sets to six games (lead by two),T-B at six games all and Ad Points are all still played, it’s more dynamic and that I would commence trialling T30 all over the world and get back to them.”

Milne is now continuing trials of the game and plans to re-apply to the ITF.

“It would be fantastic to see T30 tennis competing alongside T20 cricket at the 2028 Olympic Games in Los Angeles.” It certainly would.

THE children of Australian tennis great Margaret Court have released an open letter hitting back at Tennis Australia, after they made a public statement distancing itself from her views on gay marriage.

On Saturday TA announced it was inviting Court to be a guest at the Australian Open next month to celebrate the 50th anniversary of her 1970 Grand Slam victory.

But they also criticised the former champ for her personal views, saying her stance against marriage equality has “demeaned and hurt many in our community.”

Court is Christian pastor and devoutly religious ad has often stated gay marriage does not sit with her religious beliefs.

Her four children were quick to respond, saying they were “disappointed” with how Tennis Australia has handled the situation.

“How blessed we are to have the greatest Mum, Margaret Court,” they wrote. “Mum is known worldwide for her tennis achievements for 64 grand slams, greater than any man or woman. She heads a Church of thousands and helps many with food handouts daily.

“We hope in this great Nation of ours that generations to come will continue to have freedom of speech to stand for what they believe in.”

Court was magnanimous in her response to the invitation.

“I can’t quite believe how quickly the time has gone It’s always wonderful to catch up with my fellow legends and I’m grateful to Tennis Australia. Tennis is a wonderful sport and I’m proud to be part of the history of our great game.” 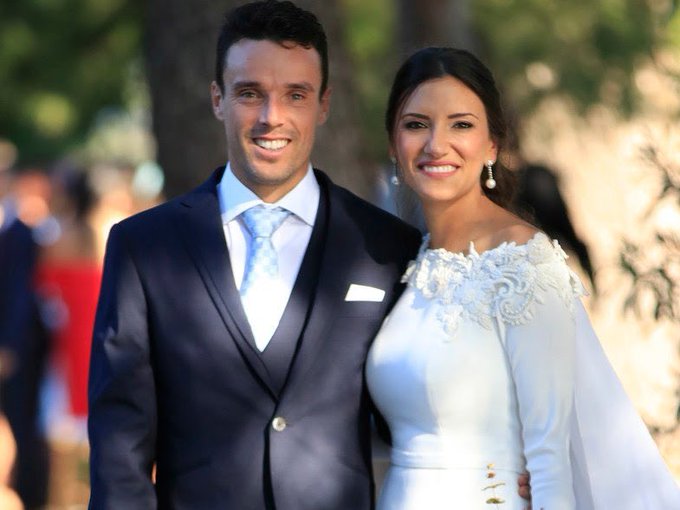 Bautista Agut confirmed the wedding only yesterday by sharing photos on his social media accounts. His friends on the ATP Tour were quick to share their congratulations, with Stan Wawrinka, Filip Krajinovic, Robert Farah and Aljaz Bedene among those commenting on the posts.

Bautista Agut will begin next season representing Spain in the inaugural ATP Cup in Australia from 3-12 January. He will join Rafael Nadal, Pablo Carreno Busta, Albert Ramos-Vinolas and Feliciano Lopez in Perth from 3-8 January, where they will face Japan, Georgia and Uruguay in Group B. Should they advance from their round-robin group, they will head to Sydney from 9-12 January as part of the Final Eight.

BRITISH tennis player Elena Baltacha is to be remembered in a BBC TV documentary this weekend.

Olympian Baltacha died of cancer in 2014 at the age of 30, having retired from tennis a few months earlier.

The documentary, to be broadcast tonight, will feature interviews with her husband Nino Severino and her former Fed Cup captain Judy Murray. 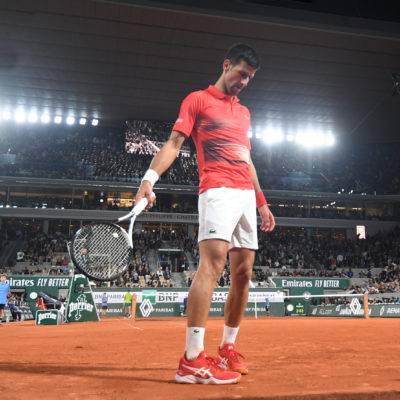 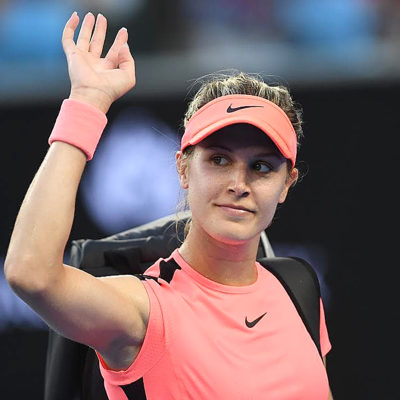 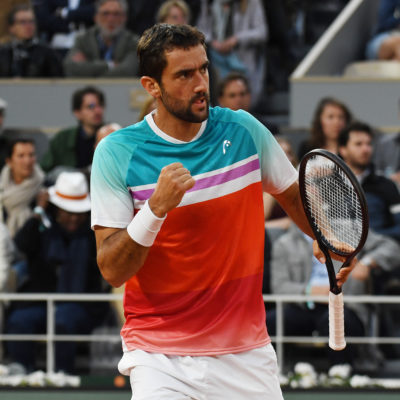 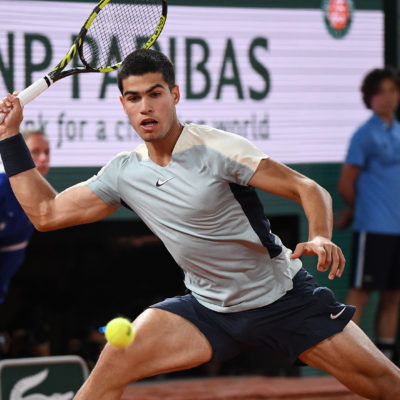