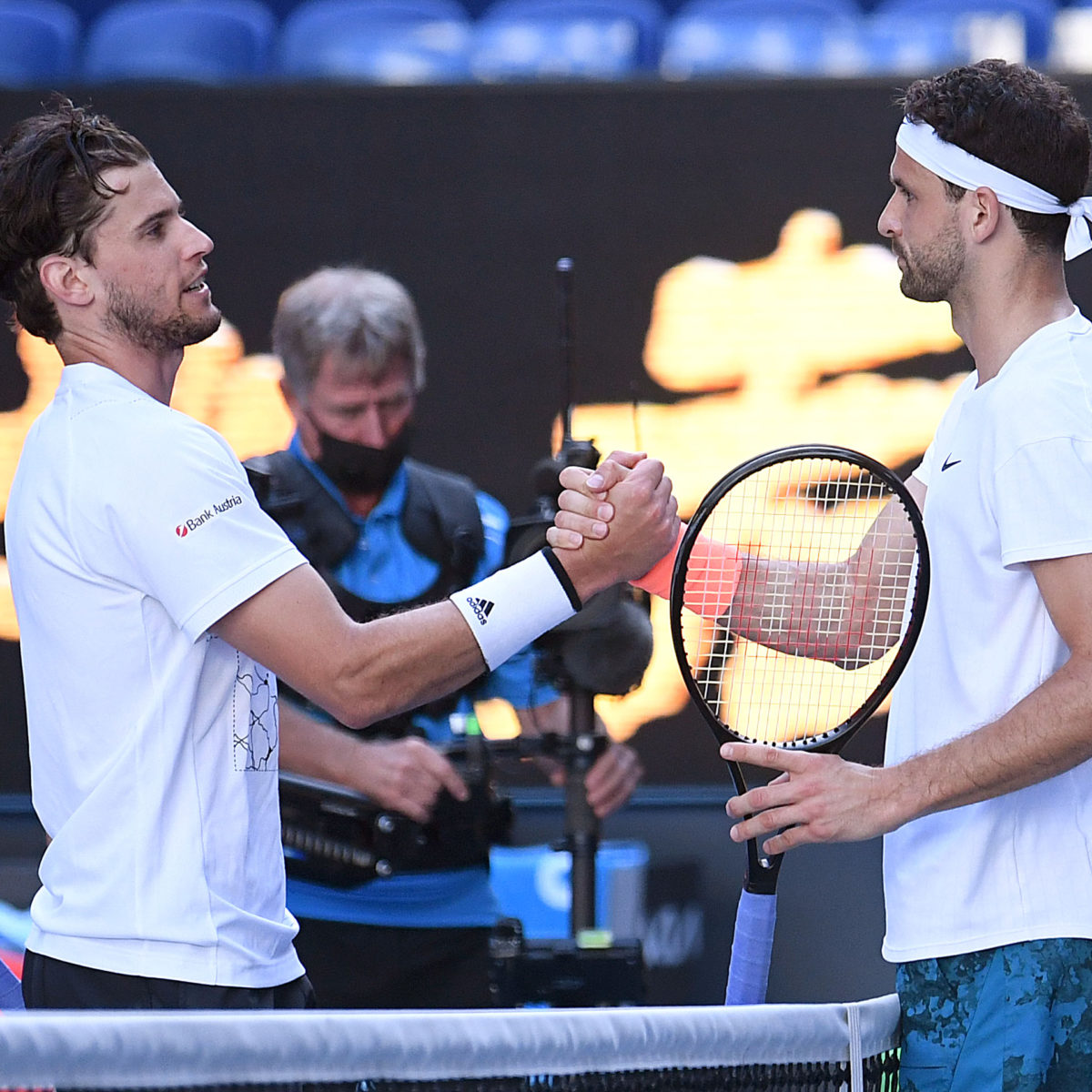 Dominc Thiem said on Monday he has finally made a mental recovery from his early Australian Open exit last month, with the No. 3 Austrian looking for a fresh start at the Qatar Open.

The US Open champion collapsed in a heap in the fourth round in Melbourne as he lost in straight sets to Grigor Dimitrov,

And the day of disappointment is one that the top-seeded Austrian wants to quickly forget as the hardcourt event begins in the Gulf.

“So much (happened) in that fourth round,” he said. “There were issues everywhere.

“It was a tough experience and I needed time to digest it all, analyse everything and settle down.

“But now it’s done and it’s time to focus on new things. This is my first chance to play better again and forget a pretty rough start to the season.”

The 27-year-old heads this week’s field where Roger Federer will play his first match since January, 2020, on Wednesday after his return from two knee operations last season.

“I’m a big fan of his, I love that he’s back and I can watch him agian.. that’s pretty much what all players thing,” Thiem said.

“I hope he’s coming back strong at well.”

On the one-year anniversary of tennis shutting down due for what turned out to be five months at the start of the COVID-19 pandemic, Thiem said the 12 months after seemed “like three years.”

“It was only a yer ago but it feels like three,” Thiem  said. “A lot happened last year and it seemed like a long time.

“My memory of that time is very clear, we were all prepared for Indian Wells (which was also cancelled in 2021) . We though the Tour would be back on two or three weeks and all would be normal.

“But slowly we all realised that this is a serious thing going on and it will be a longer break.

“But as an athletes, my daily routine has been same for nine or 10 months, so everything feels a bit normal, I guess.”

Thiem and Federer both start with first-round byes in Doah and begin play at mid-week.