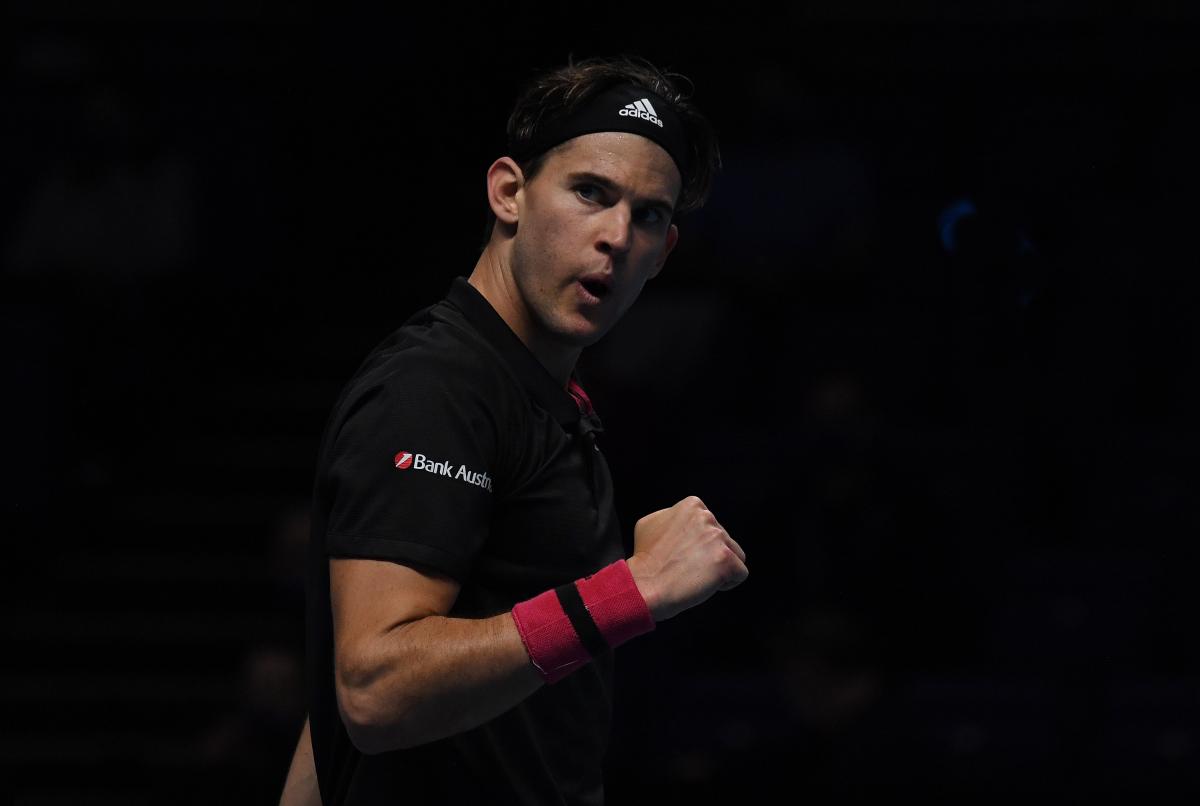 Dominic Thiem took revenge for his finals loss a year ago to Stefanos Tsitsipas, defeating the holder 7-6(5), 4-6, 6-3 on Sunday to open group play at the ATP Finals.

Victory inside an empty O2 Arena – capacity 18,000 – made amends in London after the Austrian was beaten in the 2019 title match by the Greek.

Reigning US Open champion Thiem needed two and a quarter hours to secure a match played without fans and inside a strict bio-bubble during the COVID-19 pandemic.

In the opening-day evening session, Rafael Nadal was playing tournament debutant Andrey Rublev, one of two Russians in the eight-man year-end field along with Daniil Medvedev.

“Stefanos is a great player who has won a lot already.

“Every guy here can win every match, it’s always 50-50. The one who is lucky on a certain will be the winner.”

Thiem took the opening set, coming from 4-1 down in the tiebreaker and winning the last four points.

After Tsitsipas levelled in the second, the third turned into the tightest of the afternoon.

Thiem earned an early break and led 3-0; the Austrian stretched to 4-1 – but only after saving a break point and winning an 11-minute fifth game which comprised six deuces.

Bencic bounces back after USO loss to Emma

Bencic bounces back after USO loss to Emma