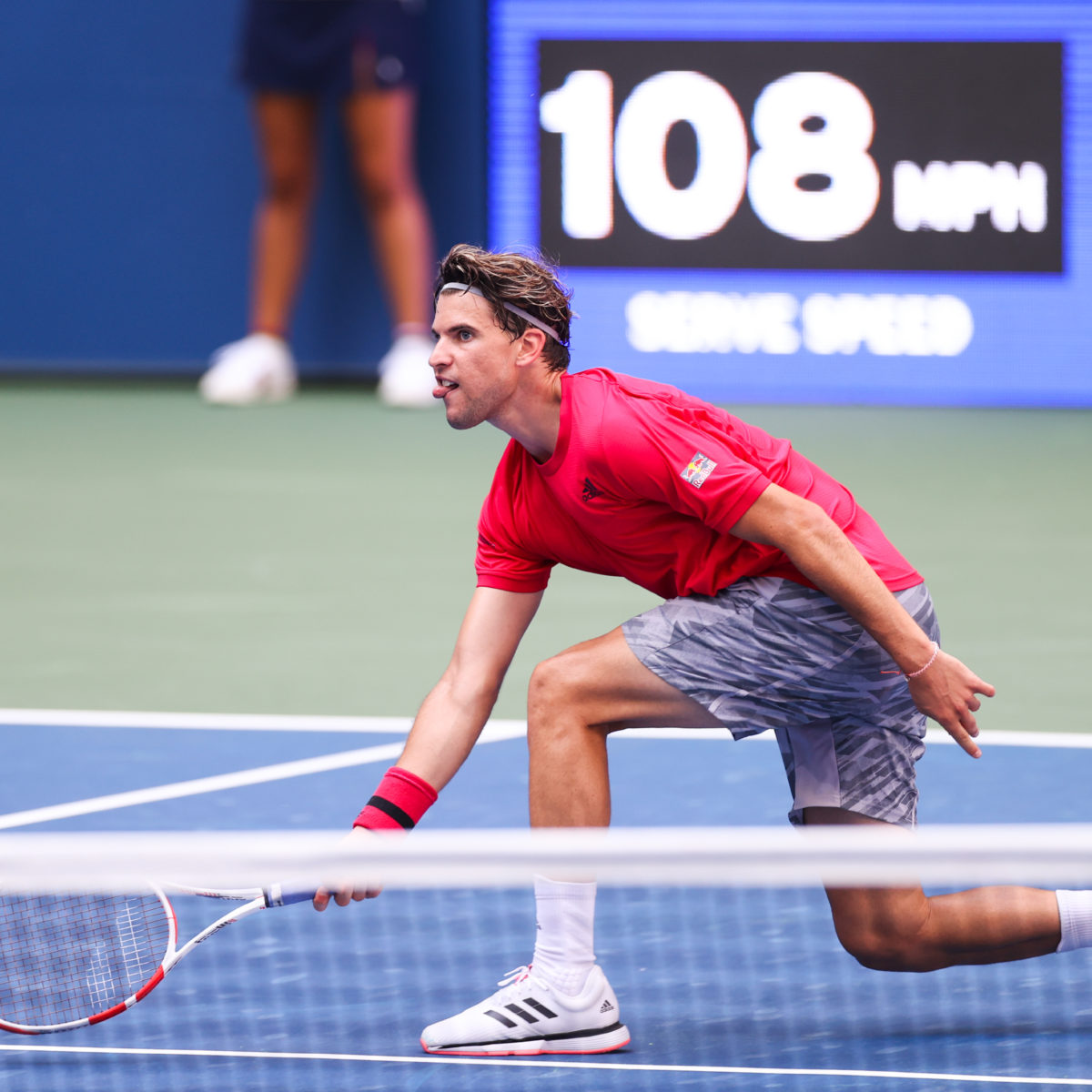 Austrian Dominic Thiem won a battle with the overbearing US Open commercial bureaucracy during his win into the third round.

The second seed was on his way to a straight-sets defeat of Indian Sumit Nagal when the Flushing Meadow correctness police tried to stop him drinking from a can of the energy drink which is based in Austria and which is also a personal sponsor.

With commercial contracts for another  on-court beverage in place at the quarantined, no-fans Grand Slam, officials hit the panic button before the “issue” was solved with a clunky kludge of holding a towel over the offending can.

Thiem’s 27th birthday was only slightly marred by the non-event, which came down to fears over violating anti-doping protocols during the match in the empty Ashe stadium.

The Austrian asked for a can of Red Bull to be brought to the court during a change of ends. but officials refused at first due to the sponsorship clash.

That response was not acceptable for an insistent three-time Grand Slam finalist.

The slapstick incident grew even more ludicrous when court attendants wanted to pour the drink into a cup off court and bring it to the player.

But Thiem had legitimate fears about possible tampering with the contents and rejected the suggestion and let his temper rip on this rare occasion.

“Give me a plain cup, I’ll somehow cover it and then I’ll put it in,” he said. “You guys are crazy about anti-doping and then you want to carry the Red Bull can out and you guys fill it in a plain cup.

“What the heck is this? Bring me a plain cup please and I’ll fill it in.”

The solution came as the can was brought out to Thiem, with a ballboy uselessly trying to cover the Red Bull label which Thiem himself poured it into a pair of plastic cups.

Thiem played down the incident post-match, calling it all a “little bit awkward.”

“They wanted to go out with the open can and fill it in a plain cup without me observing it. That’s what pissed me off a little bit because the anti-doping rules are so strict,” Thiem said in his post-match press conference.

“I don’t want to lose the can out of my sight.

“In general, there are such strict rules these days, and they propose me to fill the can in a plain cup without me observing it.

“That pissed me off a little bit.”