Thiem skipping UTS/Nice to prep for his own event 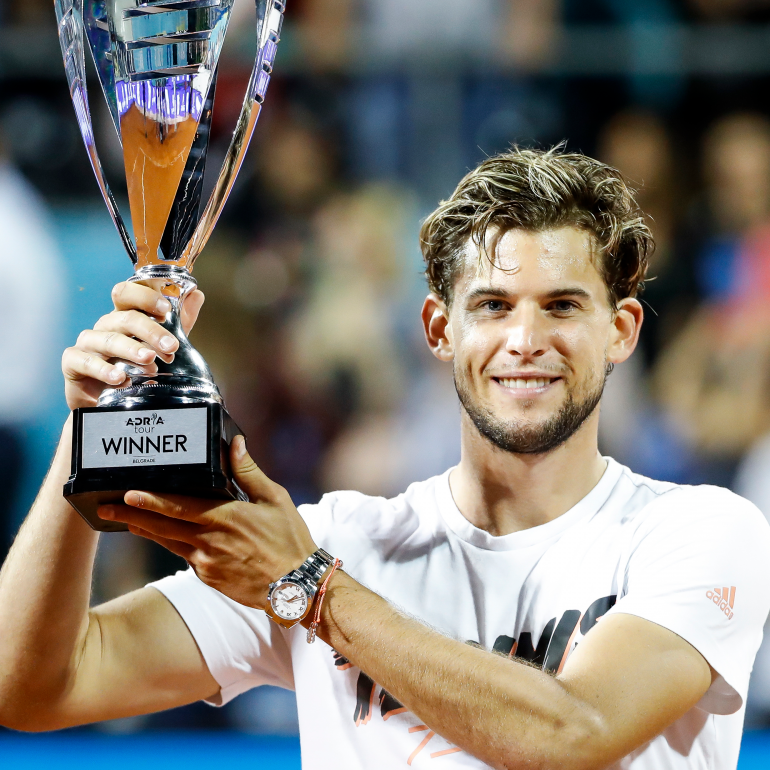 Dominic Thiem is skipping this weekend’s play at the Ultimate Tennis Showdown near Nice to concentrate on his own Thiem’s 7 exhibition tournament next week.

The July 7-11 hit-out in the alpine town of Kitzbuehel which the Austrian world No. 3 won last August, will be part of Thiem’s preparation for the French Open to begin on September 27 due to the COVID-19 health crisis.

Thiem claimed three wins and a loss over two weekends of play in France at the academy of Patrick Mouratoglou, beating Stefanos Tsitsipas , David Gofffin and Matteo Berrettini.

But his own affair in the Austrian Alps now takes precedence.

The tournament which begins on Tuesday will also feature Norweigan Casper Ruud, who reached the Kitz ATP semis last year. “We wanted one of the strong boys who also has a relationship with Kitzbühel,” said Wolfgang Thiem, father of Dominic and tournament organiser.

Main photo Dominic Thiem, the only winner on the abandoned Adria Tour