Thiem puts a target on Nadal for Roland Garros 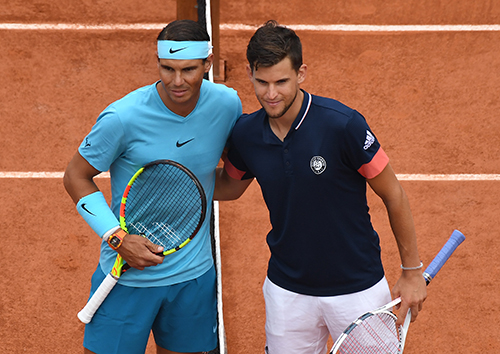 Dominic Thiem will be taking special aim at Rafael Nadal on clay this season after twice losing to the Spaniard in Roland Garros finals.

The Austrian ATP No. 3 has been thinking long-term during his partial COVID-19 lockdown in Adelaide prior to next weekend’s pre-Open exhibition.

And after losing 2018 and 2019 finals to the 13-time champion Spanish powerhouse in Paris, the Austrian is determined to try and end his personal embarrassment on the dirt against the king of clay.

“Beating him on this center court is probably one of the hardest things there has ever been in sport,” Thiem told Germany’s sportschau.de website as he prepared for next month’s Australian Open as 2020 runner-up.

Thiem made his Grand Slam title breakthrough last autumn, winning the US Open over Alexander Zverev. he lost the Melbourne final 12 months ago to Novak Djokovic.

“I haven’t loosened up now because I’ve won a Grand Slam, I’m just as nervous as before.  “That won’t change until the end of my career. But I also know that if I play well and well I am prepared, my chances are good to get far.