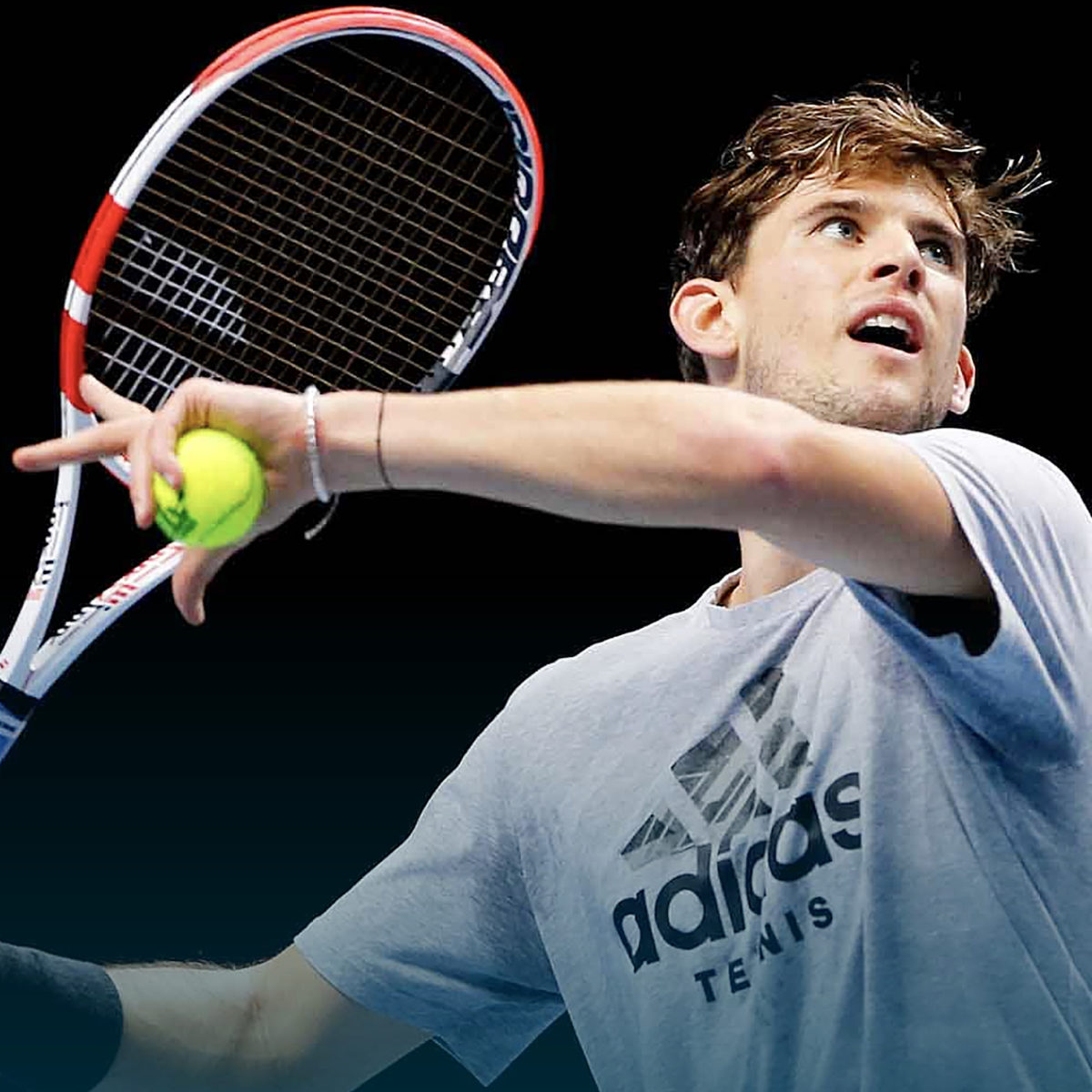 September’s US Open title seems to have convinced Dominic Thiem that his newest tennis comfort zone actually lies on the hardcourts.

The Austrian who played Roland Garros finals on clay against Rafael Nadal in 2018 and 2019 broke the mold as he won the New York Grand Slam nine months after reaching the Australian Open final.

Now suddenly, the ATP No. 3  is convinced that cement is his new-found friend.

“Sometimes (I’m) even more comfortable on a hard court,” he said in the run-up to Sunday’s start of the eight man ATP Finals in Locked-down London.

“The results from 2019 until today were even better on hard courts. (They) suit most parts of my game even better than the clay court.”

The Austrian who grew up on the dirt has now earned four of his 17 career trophies on hardcourt, defying his development as a European clay ace, with his first four ATP titles coming on that surface.

But after claiming the Indian Wells outdoor Masters 1000 last season on cement and following up with another title in Beijing, Thiem’s game has undergone a slow shift in emphasis.

“When it was set (due to a COVID-19 logistical solution) that the US Open was going to happen, I was super happy to be back on hard courts,” he said.

“Same after the French Open again (quarter-final loss to Diego Schwartzman) . Now I almost feel the same on both surfaces.”

2019 London finalist Thiem will open group play on Sunday with a re-run of last November’s final, which he lost to Stefanos Tsitsipas.

The Austrian knows he will have to be on his game from the get-go: “In most other tournaments you at least have a little bit of time to get in shape, to get used to the conditions.

“But here it starts 100 per cent from the first point.

“It’s only matches between Top 10 players. This year all eight players are in good form, everybody is healthy as well because the season was not too long.