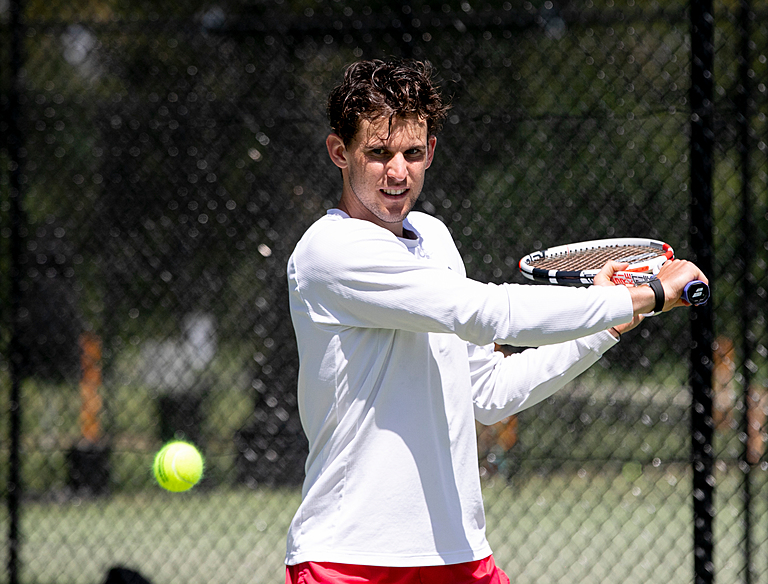 Dominic Thiem is taking every small avantage he can get with the Australian Open starting on Monday.

And Austria’s 2020 finalist considers it a fortunate stroke of luck for the rest of the ATP that Roger Federer won’t be around to challenge for the trophy.

“I think that everybody will be happy when Roger comes back in Doha (next month after a year away and two knee procedures),” Thiem said on Saturday

“Probably this is one of the last weeks where he’s not playing. (There is) one very strong opponent less, so everybody should enjoy.”

Federer, with his 20 Grand Slam titles, is the most prominent major player missing from the field at Melbourne Park.for the COVID-edition Open.

But No. 3 Thiem, top seed Novak Djokovic and constant threat Rafael Nadal will all be in attendance..

Thiem had a less-than-successful run-up, with Austria beaten in the group stage of the ATP Cup.

But the slate will be wiped clean when the Grand Slam kicks off after the difficulties of the player virus lockdown in Melbourne of recent weeks,

“I hope this is the last major where there is quarantine and a bubble,” US Open holder Thiem said. “But nobody knows.

“There was more than two weeks in quarantine, with long times spent in the hotel room.

“But it’s fine, we got used to it. We’ve played three majors now in a bubble. Here we had to quarantine. But now we can go out and have dinner and everything, so that’s much better.

“But maybe I prefer this one here and maybe the whole situation, is improving soon.”