ATP The Australian Open The French Open The US Open

Thiem could pass Rafa for No. 2 ranking 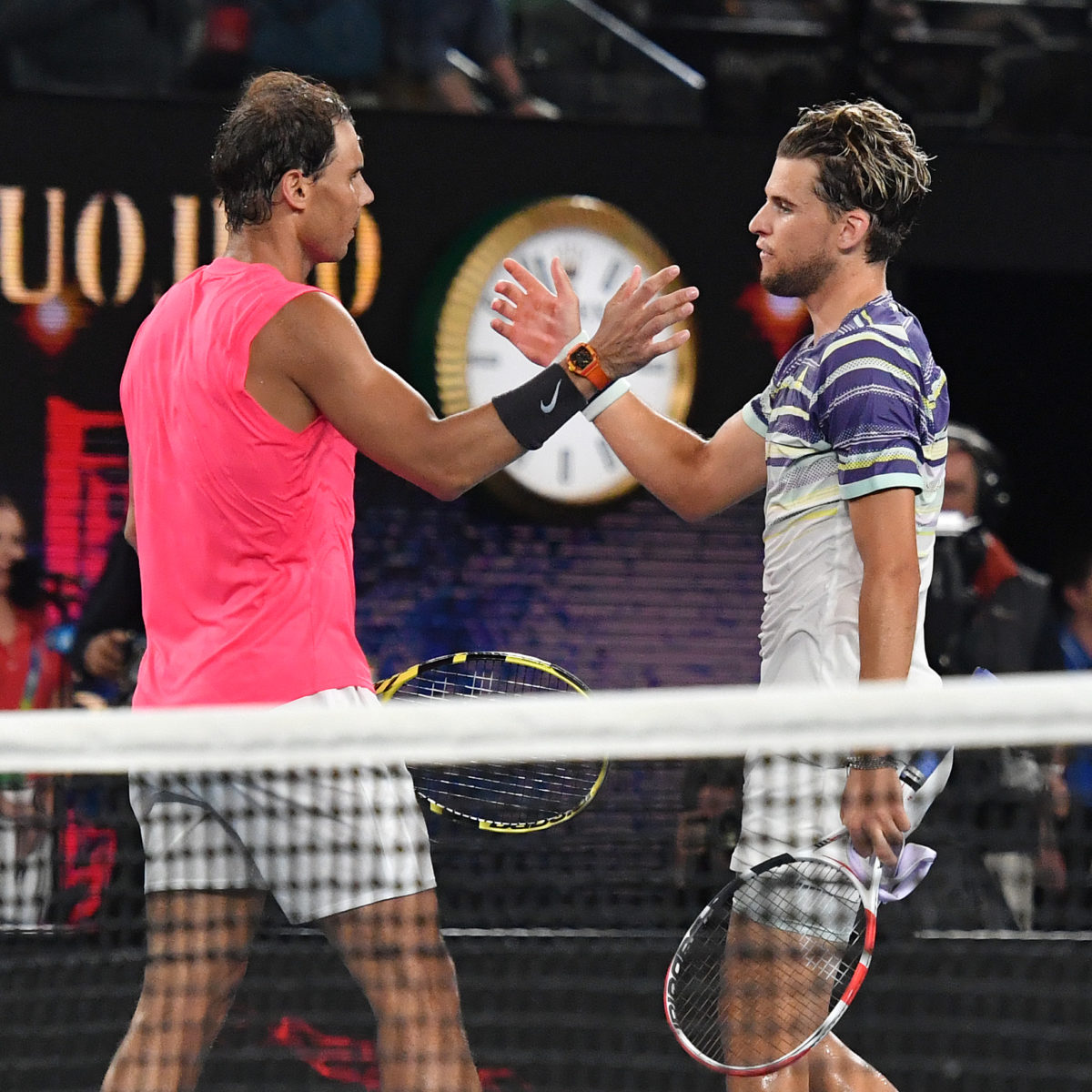 Just 725 ranking points separate Dominiic Thiem as he chases No. 2 Rafael Nadal with the 2021 season getting underway next week.

The Austrian who made his Grand Slam breakthrough in the autumn by winning the US Open, has the chance to overhaul his Spanish rival should Nadal teeter when the Australian Open is played from February 8.

Spanish media are probing the possibility of their king of clay falling behind Thiem – who would rate a small line in the record books should he take over the second ranking behind Novak Djokovic in 2021.

With the advent of the power trio of Roger Federer, Nadal and Djokovic (plus, for a time, Andy Murray) from the middle of the oughts 15 seasons ago, no  player outside of that group has ever held the No. 2 ranking.

Now, the 27-year-old Thiem has his chance and will be boosted by his New York Grand Slam title after losing two Roland Garros finals to Nadal and going down to Djokovic a year ago in the Melbourne title match.

“The really big title has been missing until now,” Thiem has since said of his trophy performance.

“The goal has been ticked off, I hope it will help me and that I will go into future matches at the big events a little more relaxed.”

Over the past decade and a half, several other ATP players have flirted with breaking the dominance of the current elite generation:

The last time anyone but Federer, Nadal, Djokovic or Murray held the second ATP spot was July 18, 2005, when Lleyton Hewitt stood No. 2 behind Federer, the uninterrupted No. 1 from February, 2004-August, 2008.