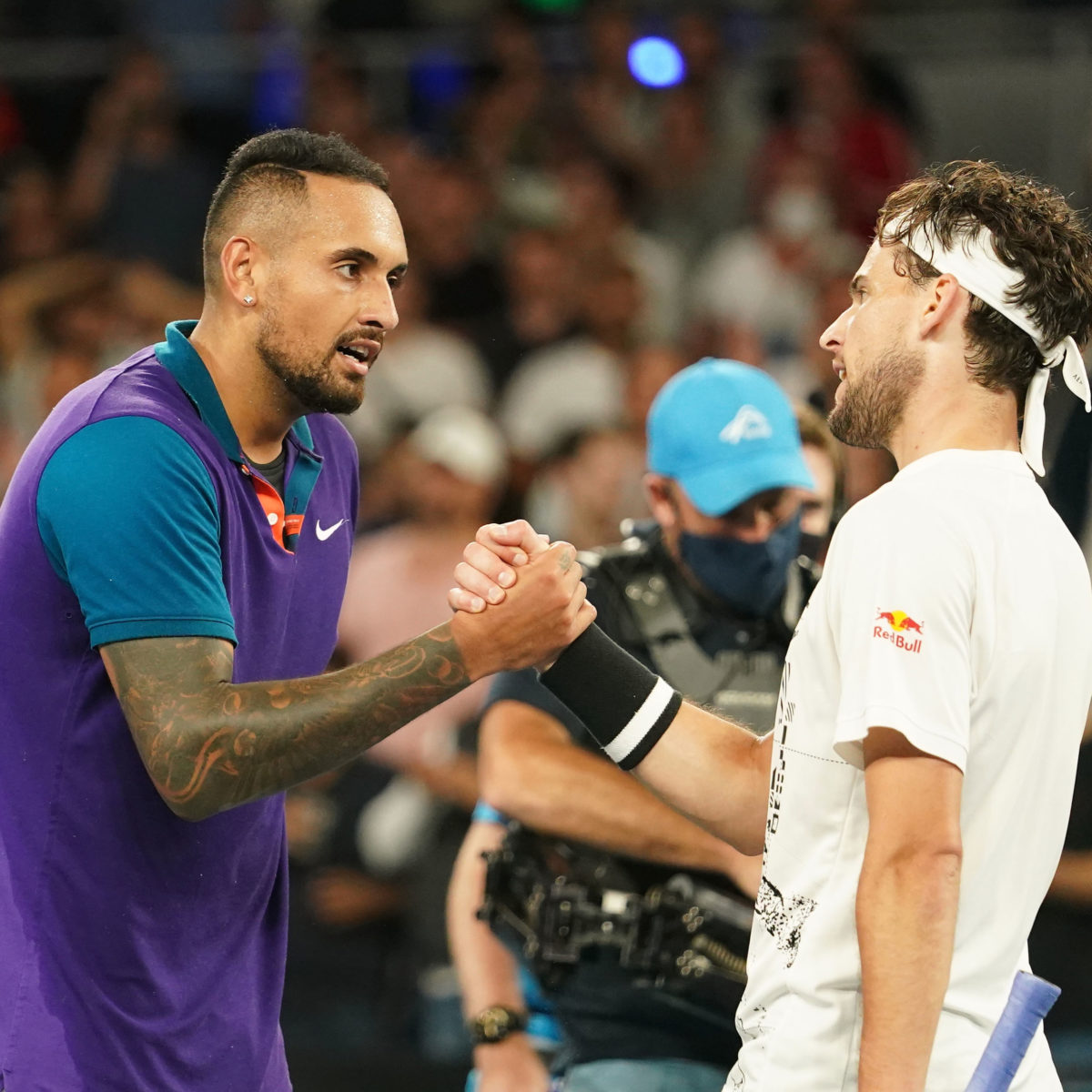 With the midnight deadline ticking for the state of Victoria after 13 virus cases popped up in an airport hotel this week, a crowd of Aussie faithful pushed their man until the end after nearly three and a half hours.

Thiem sent a backhand winner down the line on his first match point to seal victory; it was the Austrian’s fourth career fightback from two sets to love down.

The emergency health shutdown was decided earlier in the day by officials following 13 positive cases of the virus in an airport quarantine hotel.

Kyrgios had been yearning for his first defeat of a Top 5 opponent since ousting Rafael Nadal from 2014 Wimbledon.

The controversial Aussie crowd hero won the second set with an underhand serve which caught his third-seed Austrian opponent by surprise and threatened with two break points to start the third, with Thiem finally holding.

Kyrgios started the fourth set by winning an 11-minute game featuring six deuces and secured a 4-3 lead on serve after a love game.

Thiem levelled the match at two sets each as Kyrgios drove a backhand return just wide down the baseline with just half an hour remaining until fans would have to clear the stadium.

Thiem won a remarkable 28 points in a row on his own serve.

The fifth continued on serve, with Thiem earning a break point in the seventh game, but passed Kyrgios wide. The Austrian led 4-3 as he converted on a second chance.

The pair last played six years ago in Nice, with the Australian retiring hurt after seven games. Kyrgios stayed in touch as he moved to 3-5 on the back of two straight aces.

“Against Nick on his favourite court in front of this crowd, there are easier things to do,” Thiem said.

“The longer match got the more comfortable I felt. You never what is coming with him. I was dealing with the loss already but since the US Open (which he also won from two sets down) I know impossible is nothing.”