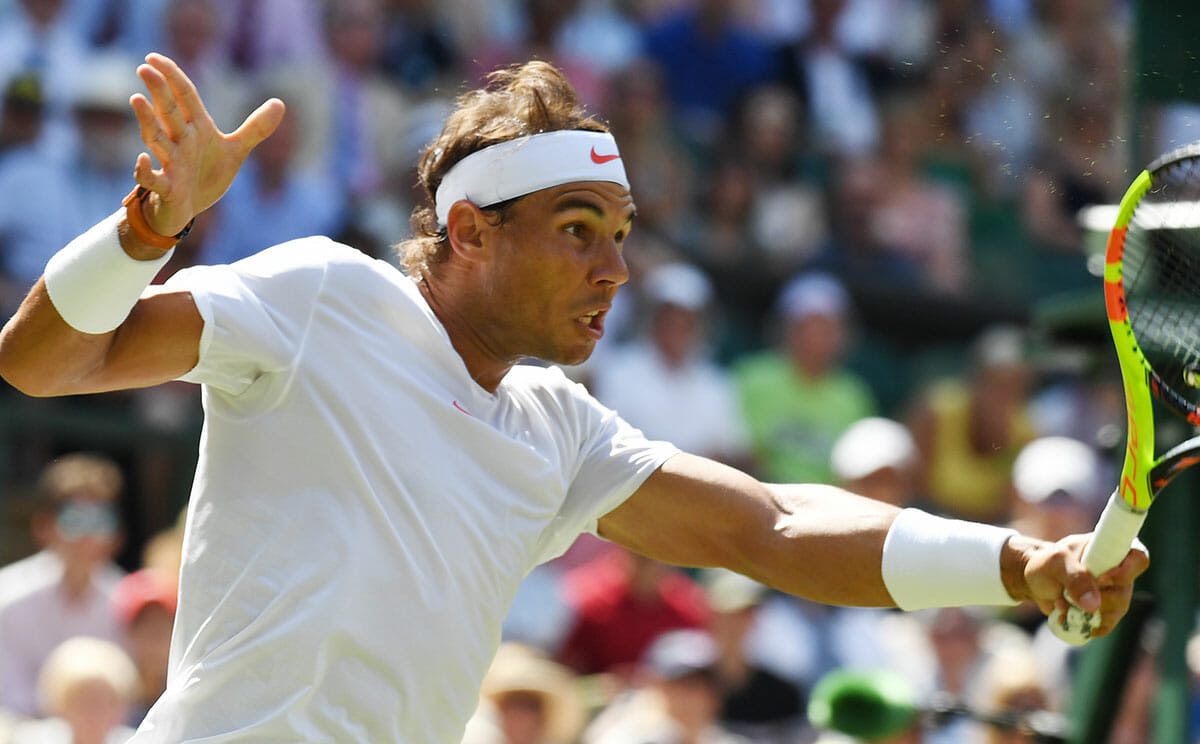 Rafael Nadal shrugged off a complete lack of grass run-up matches as he made quick work of Dudi Sela, with the Spanish second seed powering into the Wimbledon second round 6-3, 6-3, 6-2.

Nadal is managing any preparation on the fly after skipping play on the surface in order to rest after winning an 11th Roland Garros title three weeks ago. 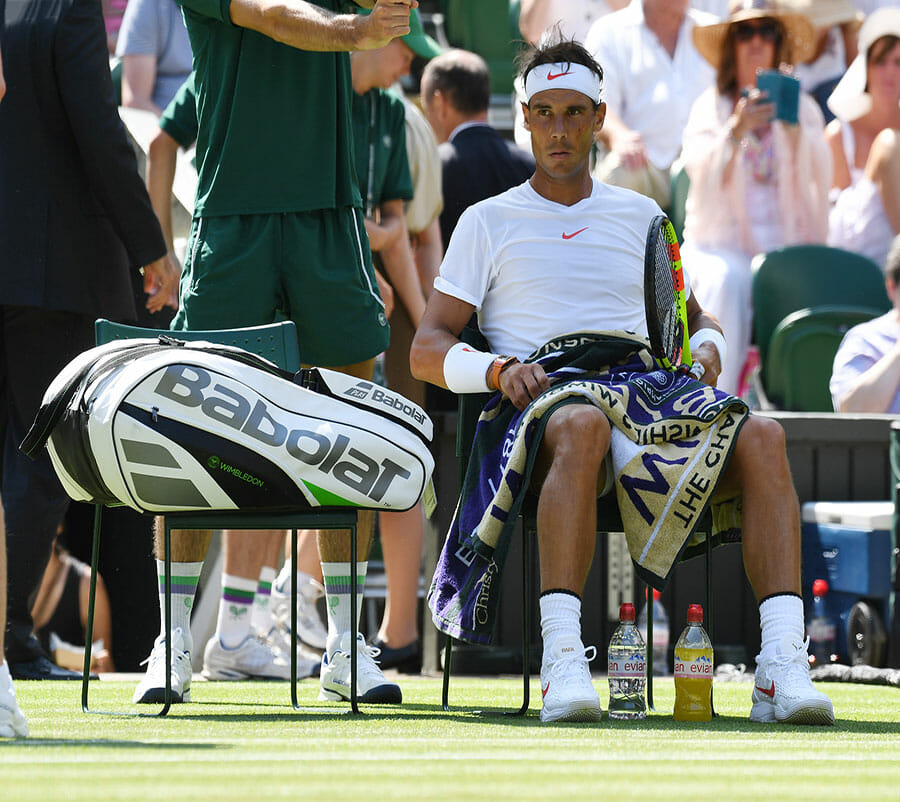 Nadal lifted the All England club trophy in 2008 and 2010; he advanced on his third match point in less than two hours yesterday.

[quote] “I’m happy to be through, there is still room to improve my game,” he said. “It’s been a long time since I’ve played on grass, it’s important to start with a victory.[/quote]

“The important thing is to get through, it’s always better in straight sets after not playing on grass before.” 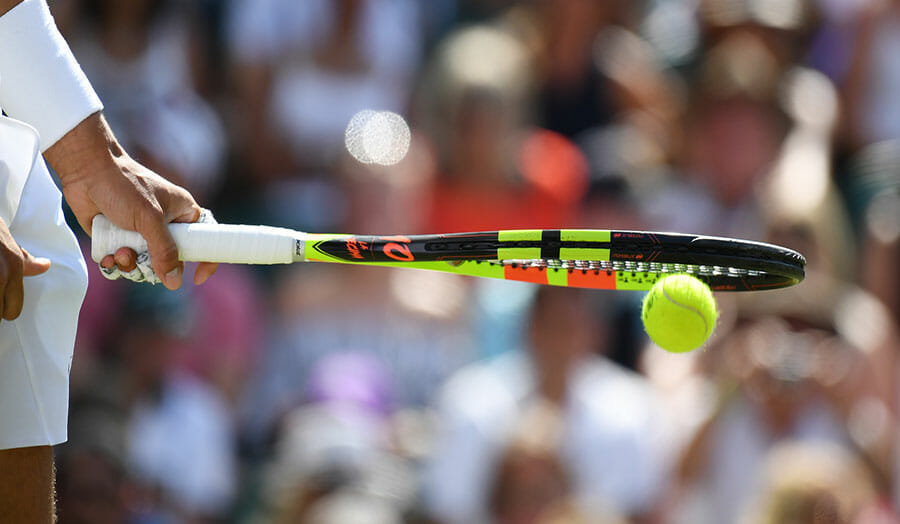 There was an aborted ending for Paris finalist Dominic Thiem, who had to retire with a back injury trailing Marcos Baghdatis 6-4, 7-5, 2-0. The Austrian seventh seed has never been past the fourth round here and also lost his opening match on his 2014 debut.

Thiem tripped during the first set, and steadily felt worse after that. “It made no sense for me to continue. i don’t have a diagnosis as yet. But I don’t think it is a serious injury.

[quote]“It was not horrible pain, it was just getting worse. I think it’s a muscle problem.”[/quote]

German fourth seed Alexander Zverev stopped Australian James Diukworth 7-5, 6-2, 6-0 while Bernard Tomic dominated Pole Hubert Hurkacz 6-4, 6-2, 7-6(2). Tomic Tomic continues to make progress after almost fading out of the game in over the past year due to a distinct lack of motivation.

Zverev has never lost a Wimbledon opening match and earned his 35th victory of the season, beating an opponent coming back from foot surgery and playing here for the first time in three years.

Japan’s Kei Nishikori advanced past US qualifier and training partner Christian Harrison 6-2, 4-6, 7-6, 6-2. “Serve and return is very important here,” the Asian said. “You’ve got to really commit  to play very solid tennis. If you give them one chance, the game will change soon.”

Argentine fifth seed Juan Martin del Potro started by defeating German Peter Gojowczyk 6-3, 6-4, 6-3. “I played well in my first grass match for a long time. It was tricky conditions, too windy. But I tried to be focussed on serve and took my chances,” the South American said. 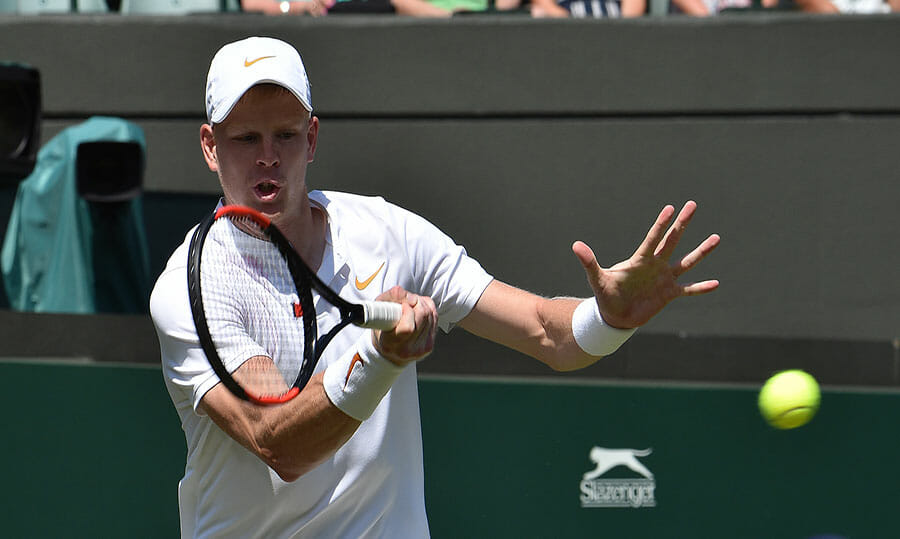 British No. 1 Kyle Edmund heartened home fans as he started his fortnight in the absence of injured Andy Murray by beating Australian qualifier Alex Bolt 6-2, 6-3, 7-5.

Edmund reached the second round at his home major for the first time in 2017 and has made a breakthrough on the Tour by entering the top 20 and an reaching the January Australian Open semi-finals. 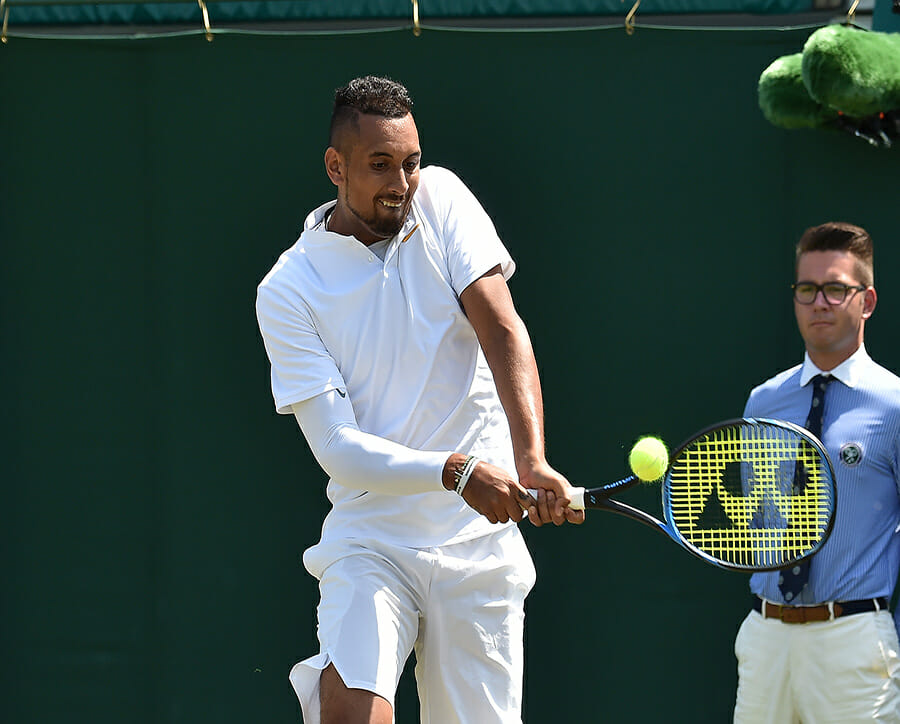