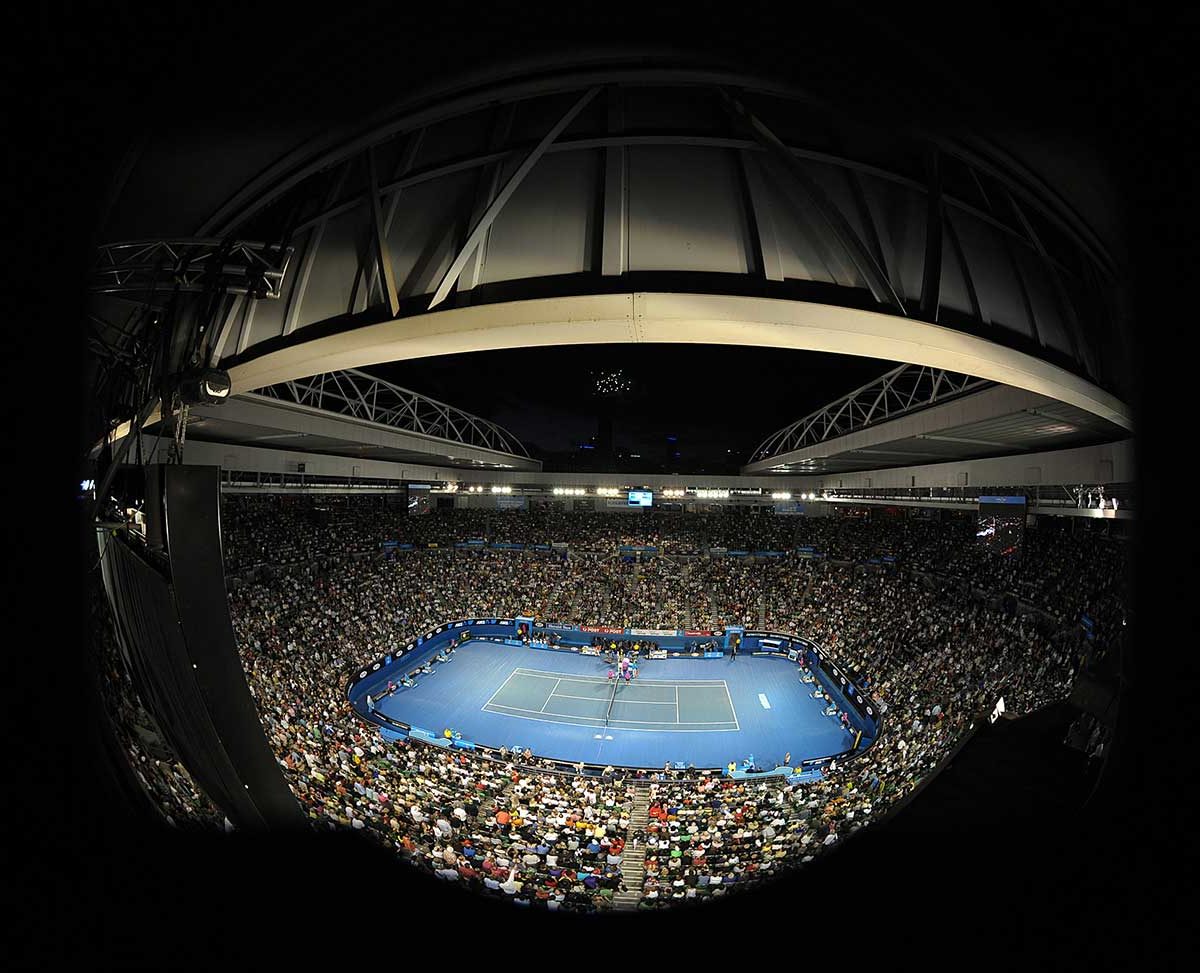 Flair Dinkum Down Under

The Australian Open is held annually over the last fortnight of January in Melbourne. The tournament was first held in 1905 and it the first Grand Slam of the year.

The tournament features men’s and women’s singles; men’s, women’s and mixed doubles and junior’s championships; as well as wheelchair, legends and exhibition events.

Until 1988 it was played on grass courts but since then, two types of surfaces have been used: Rebound Ace util 2007 and since then a blue coloured ‘Plexicushion’.

The ‘Aussie” Open attracts huge crowds and holds the record for the highest attendance at a Grand Slam event. The 2018 event was attended by 743,667 people. The 2009 US Open is next with 721,059 people attending.

The Australian Open is also the first GS to have indoor play during wet weather or extreme heat with its three main courts, Rod Laver Arena, Hisense Arena and Margaret Court Arena all with retractable roofs.

The Open has also been staged in five Australian and two New Zealand cities: Melbourne, Sydney, Adelaide, Brisbane, Perth, Christchurch and Hastings. It was not until 1972 that it was decided to stage the tournament permanently in Melbourne, originally at the Kooyong Lawn Tennis Club before moving to the new facility in 1988.

The move to Melbourne Park was a success with a 90% increase in attendances.

Because of Australia’s geographic remoteness, very few foreign players contested the tournament in the early part of the 20th century and up to the 1980s very few European or US stars ventured down to the Melbourne. Ile Nastase, a star of that era, only came once.

With the advent of the new arena and facilities, and easier air travel, the Australian Open attracted all the world’s major players. Mats Wilander became the only player to win the event on both grass and hard court.

Massive investment in facilities, supported by the State government has seen the venue become firm favourite for tennis fans throughout the world, with agreements in place that will keep the Open in Melbourne until 2036.

Roger Federer is the current 2018 men’s champion and Caroline Wozniaki the women’s champion – her 1st Grand Slam singles title. Total prize money for the 2018 tournament was AUD $55,000,000, with singles winners each receiving AUD$4 million.