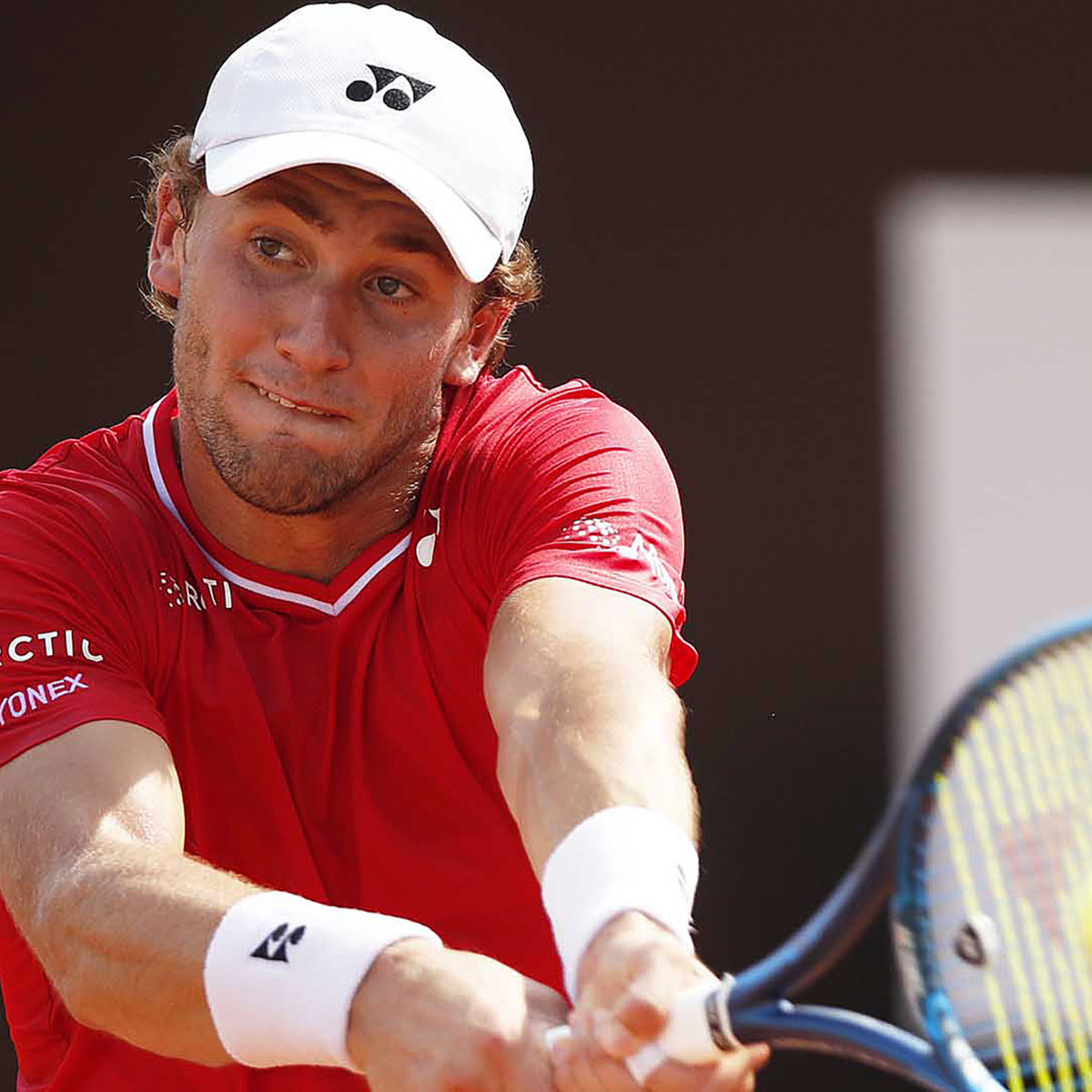 Casper Ruud laid waste to the last Italian hope at the Rome Masters on Saturday, with the Norwegian tennis Viking grabbing the spoils with a quarter-final victory over Matteo Berrettini 4-6, 6-3, 7-6(5).

Eighth seed Berrettini had been hoping to become the first Italian to reach the Rome semi-finals since 2007. But Ruud, son of former player Christian Ruud, had other plans.

The No. 34 who won his first career title in February in Buenos Aires, became the first from his Scandinavian homeland to reach the final four at the Masters 1000 level.

The 21-year-old has now gone one better than his father-coach, who lost a 1998 Monte Carlo quarter-final to Alex Corretja.

Berrettini beat Ruud a fortnight ago in the US Open third round.

The hard-fought victory over three hours marked the first Top 10 win for Ruud, who was on the receiving end of an epic Nick Kyrgios chair-tossing meltdown here a year ago.

Ruud stayed in constant touch during the close match, with Berrettini starting to lose his edge slightly after lifting the opening set.

The Norwegian challenger got off to an early break in the second set, enough to eventually square the sets.

In the third, Ruud broke in the fist game but was overhauled as the Italian broke back in the sixth game.

In the deciding tiebreak, Ruud recovered form 3-5 down and clinched victory on his first match point after dealing with a dozen aces from his opponent.

“It feels great [to be in a Masters 1000 semi-final], obviously. These [are the] things that all players work hard for every day in practice, try to make it far in the big tournaments and big events,” Ruud said..

“I’m just enjoying the moment, I guess. I’m in a good flow. I have gained good confidence in my game this week.”