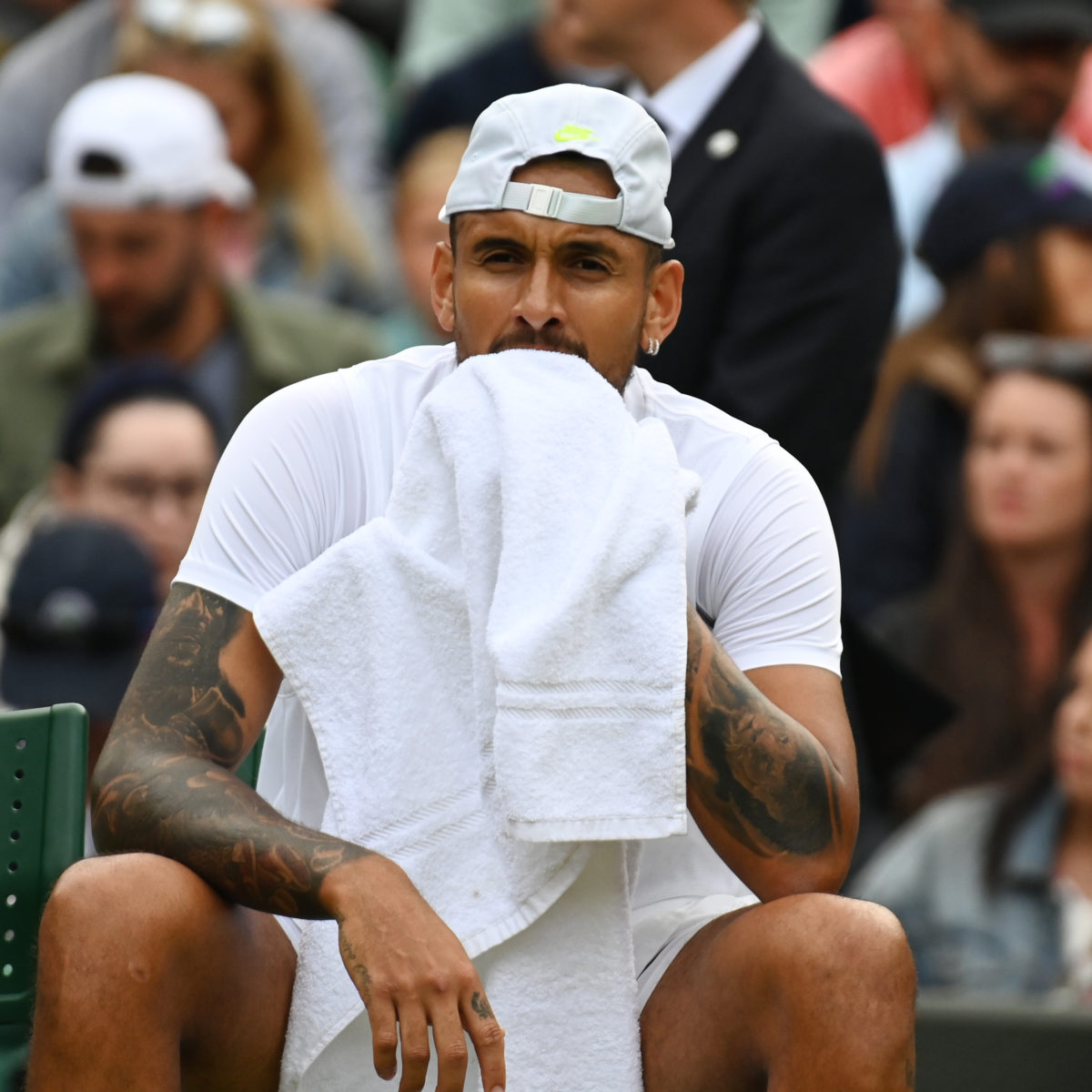 Confident Nick Kyrgios has laid out his tennis game plan for the rest of the season after reaching the third-round of the ATP Washington event.

The Wimbledon finalist who has opted out of next month’s Laver Cup for scheduling reasons, is ready to go all-out through the US Open – and then hang up the racquet for the rest of 2022.

The Australian, travelling with a mini-team including his girlfriend and his physical trainer, admitted he’s putting friends and family first ahead of his tennis as he competes in the best season of his patchy career.

“The reason why I won’t play this year is because of my girlfriend,” the No. 63 said.

“It’s too much, she also has a family, I have mine, and my mother is not quite well.”

Kyrgios said the Laver Cup in London is now dropped from his current priorities.

“As much as I love the Laver Cup, I don’t want to put it ahead of her, although (World team substitute and mate) Jack (Sock) is still trying to convince me to play it.

“I’m very clear about what the most important things in life are, tennis does not have priority there”.

Kyrgios cited the ill health of his mother as one reason for wanting to head home to Canberra when his run at the Open in New York is done.

He credits much of his 2022 success to his self-coaching strategy.

“I’m definitely my own coach, but it’s all very simple for me: I serve big and then I play on instinct, it’s what works for me.”

“Tactically, when I play against my rivals, I am always on fire.

“I don’t need someone by my side to tell me how to play tennis, I just need positive reinforcement from time to time to give me feedback on what I’m doing right.

“I’ve had too much negativity in my career that sometimes punishes me too much. Just a small positive aspect can do me a lot of good.”