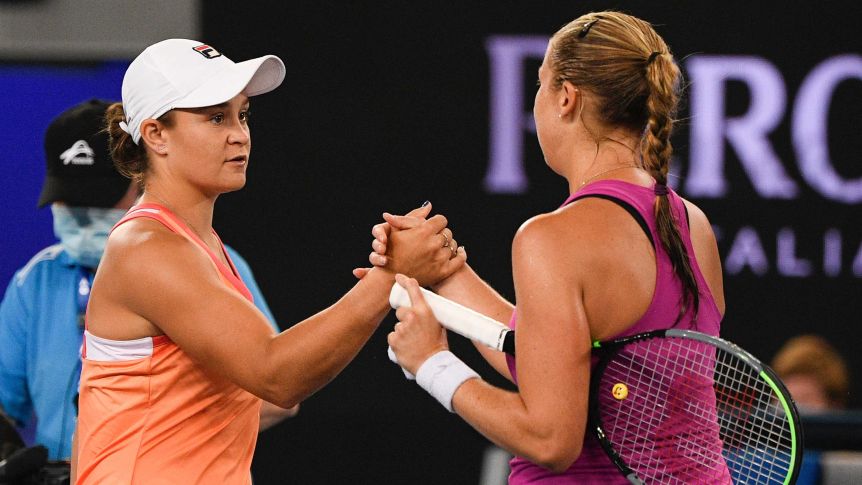 Tennis returned to Melbourne Park today after a 24-hour covid-enforced break, as world no. 1 Ash Barty beat American Shelby Rogers to advance to the semi-finals of the Yarra Valley Open.

Games resumed on Friday after more than 500 negative COVID test results for players and their entourage.

With the new super tie-break in play, Barty won the first set 7-5, lost the second 6-2 and won the tiebreak 10-4 to advance.

Barty broke Rogers’ serve to take a 3-1 lead in the opening set, and then raced to 5-2 before Rogers fought back to 5-all.

The Australian then hit two superb aces and then a double fault saw her take out the set.

Rogers then dominated play, from 2-2 taking the next four games to win the set and tie the match.

But Barty was back to her best in the super tiebreak, hitting five straight points to take a 6-1 lead and then after Rogers rallied to 9-4, hit the winner.

Barty will play the winner of the quarter-final between Danielle Collins and Serena Williams next.