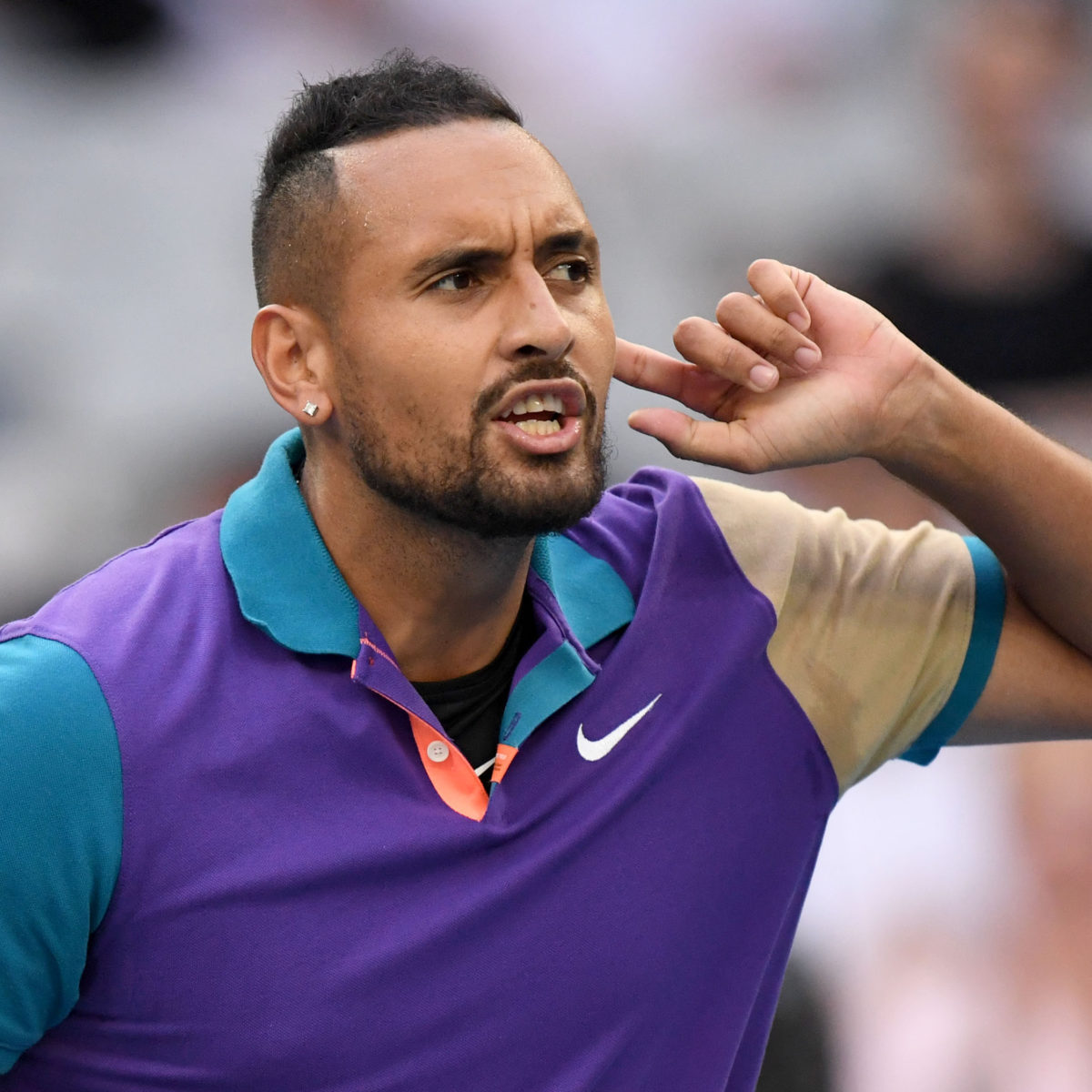 Tennis is fading even further away in the life of unpredictable Nick Kyrgios with the Aussie now admitting that some of his past behavior on court has gone well over the top.

The former Top 15 player who has stopped to his current 92,  even managed to explain the notorious chair-throwing incident which ended his 2019 match with Casper Ruud at the Foro Italico.

“The second set of that match was one of the craziest things I’ve ever experienced on a tennis court.,” the Australian said.

“I remember Del Potro and Goffin were playing on the court next door, and they had to stop because of the boos (against Kyrgios).

Kyrgios went into boilover mode over a line call, stomping around the court, going to his bench to knock over water bottles and eventually heaving a chair onto the clay before being disqualified.

The longtime bad boy who occasionally shows a more gentle side with his children’s charity foundation, has morphed into a homebody in Canberra during the long COVID lockdown and bumpy return of Tour tennis.

“I’m really happy with what I’m doing now,” he told his new podcast.

“I like being home, spending time with my family, having fun with video games and chatting with people, as we are doing now on this show.

“I prefer this to seeing myself in Paris competing in the week 33 of a season, “commented a Nick who gave a clue about his detachment with tennis.”

Kyrgios added: “I made many sacrifices as a young man for this sport, I did things that right now I look at them with perspective and think about how the hell I could get there.

“However, over the years I understood that the life of an elite athlete was not what I wanted “said a player who, after all, is a victim of the harshness of professional tennis and has not had the ability or motivation to manage the emotions that arise from it.”