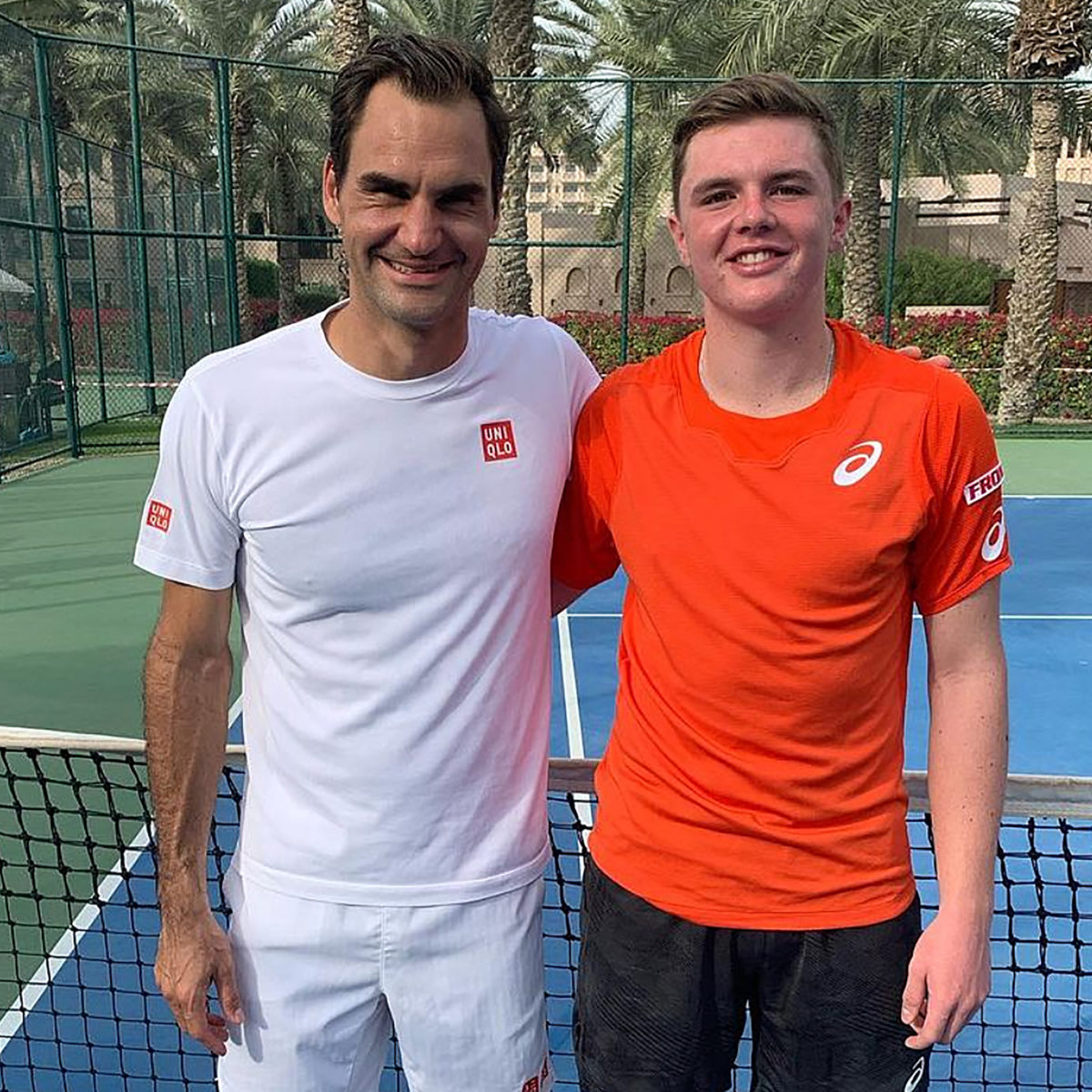 Dominic Stricker on Sunday picked up the Swiss tennis mantle from Roger Federer and Stan Wawrinka as he won his first Challenger title in Lugano.

The 18-year-old Roland Garros junior champion from last autumn will cut his 874th ranking by more than half and will land at 422 on Monday.

The Bernese teenager lifted his first adult title in the Italian-speaking Swiss lakeside city with a 6-4, 6-2 defeat of Ukrainian Vitaliy Sachko.

“It’s definitely my biggest achievement, it means a lot to me,” the winner said.

Stricker’s breakthrough drew him alongside the junior accomplishments of multiple Grand Slam champion compatriot Federer and Wawrinka, both of whom announced their arrival on the big stage at age 18.

Stricker was playing in only his second Challenger event, final stepping stone before the regular Tour.

He lost only two sets all week before dominating in the 70-minute final.utes.

Stricker told TennisTourTalk of his surprise: “It’s great to climb up the rankings so fast.  The idea was to break into the Top 500 by the end of the season but I think we will now have to adjust our goals.”