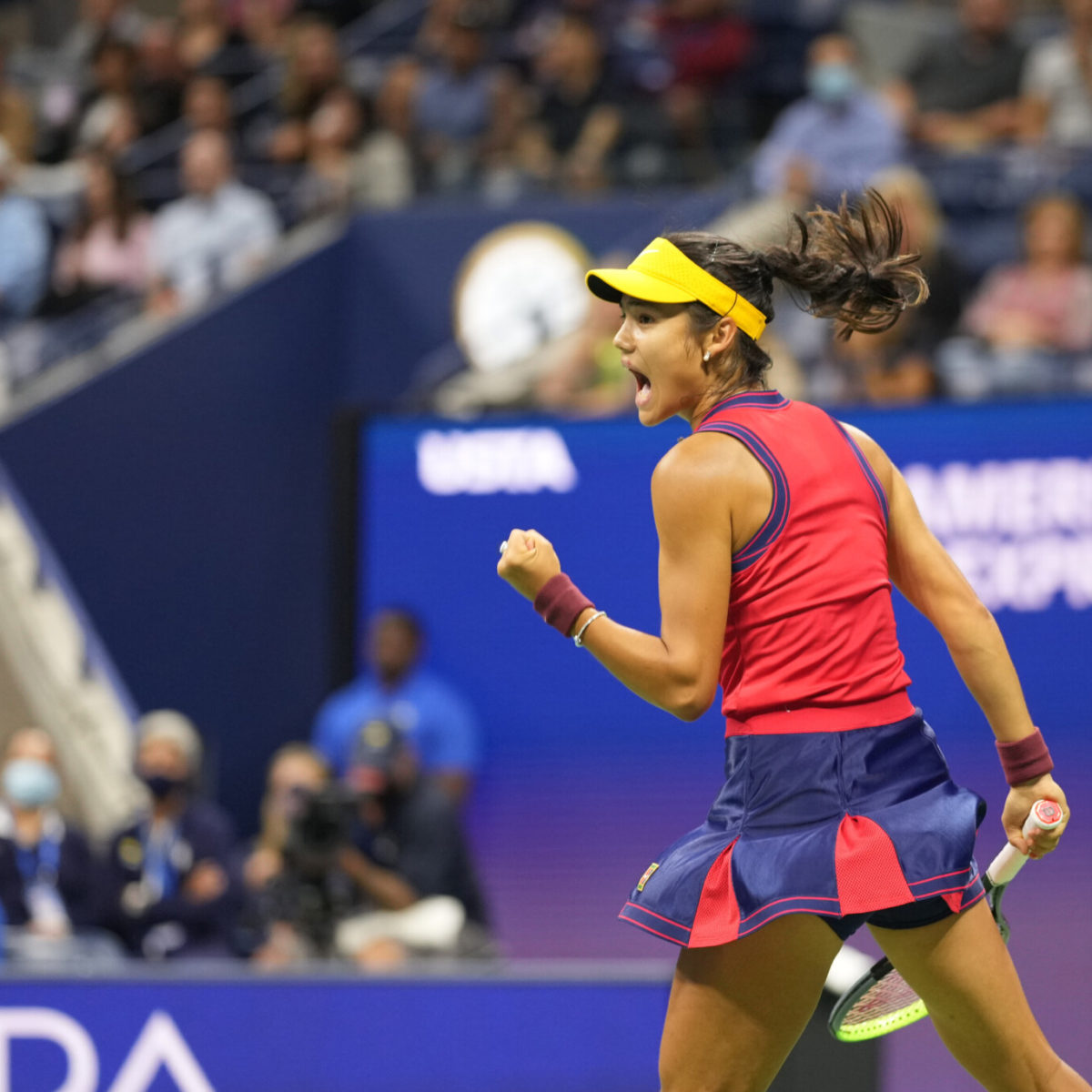 British teen sensation Emma Raducanu pulled off another amazing win at the US Open late on Thursday, beating Maria Sakkari in straight sets, 6-1, 6-4 to become there first British woman to reach a grand slam final since 1977.

She also became the first qualifier in history to reach a slam final, guaranteeing herself a $1.25m payday when she meets fellow teenager Leylah Fernandez on Saturday.

Raducanu swept aside Swiss Olympic champion Belinda Bencic in the quarters two days ago and didn’t let up against No.17 ranked Sakkari.

The young Brit roared into a5-0 lead in the first, in a phenomenal display of tennis for one so young, forcing her Greek opponent in to mistake after mistake.

Sakkari woke up at 5-0 down and pulled back a game with a long backhand but it was too little too late as Raducanu then served for set.

The second was closer as the pair toyed with each before Raducanu broke serve to go 3-1 up.

Sakkari held serve to pull a game back but there was little to stop the ferocious display of tennis from a ruthless Raducanu as she held her nerve, moved around the court to outfox her opponent.

Then Greek pulled it back to 40-all and 4-3, but Raducanu was smelling victory.

She blew Sakkari away to make it 5-3 before Sakkari came back again.

But on serve, the clinical display continued as she took out the game, the set and the match to make history.

Raducanu will now face another teenager, Leylah Annie Fernandez, in the final after she beat Aryna Sabalenka 7-6, 4-6, 6-4 in the evening’s other semi-final.