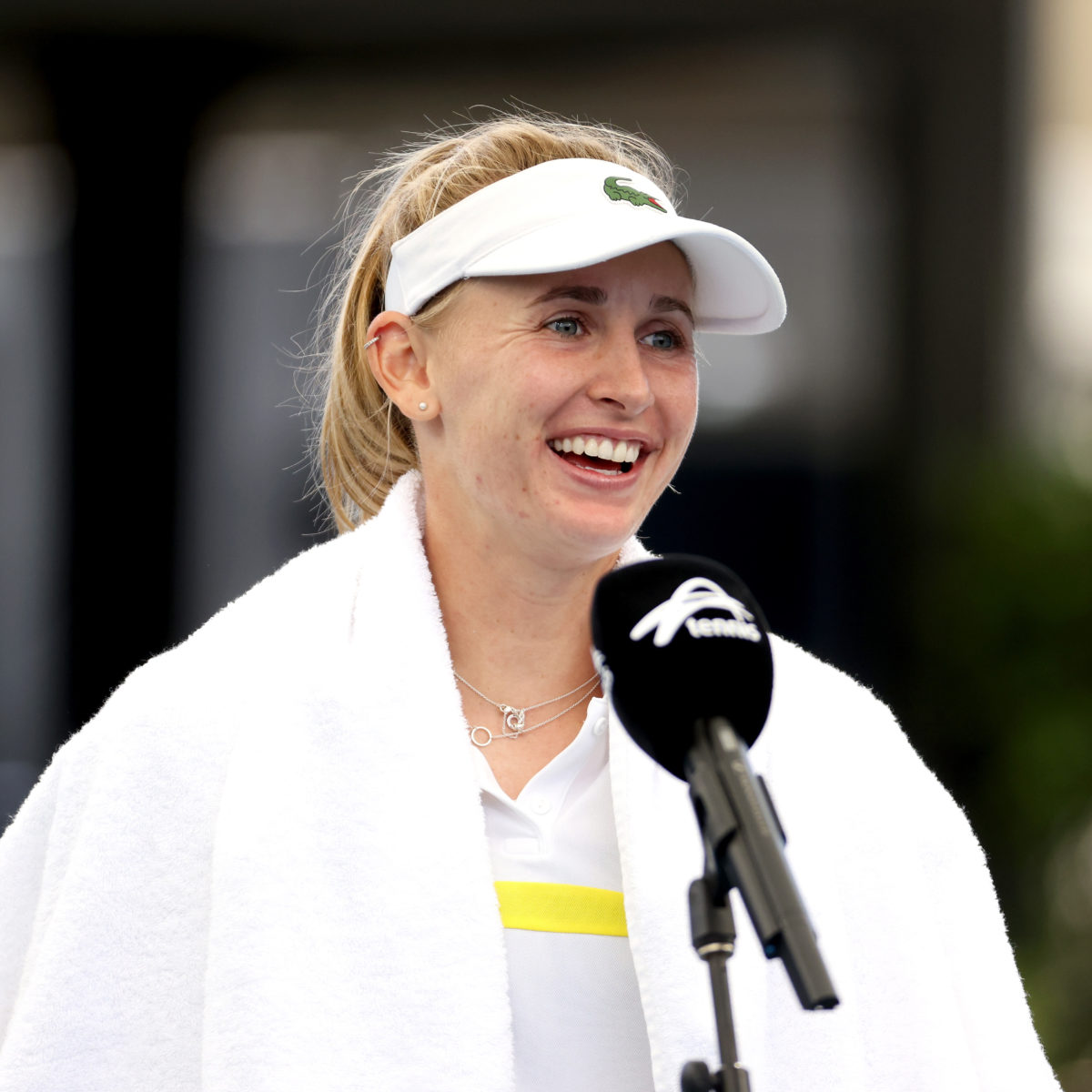 Switzerland thrashed Italy 2-0 on Wednesday to open its campaign at the BJK Cup in Glasgow with Jil Teichmann and Belinda Bencic providing the firepower.

The Swiss have something to prove in the women’s equivalent of the Davis Cup after losing the final a year ago to Russia.

“I feel awesome, I’m super happy, super relieved that I got this important point for our team,'” Teichmann said. “I knew coming in it would be a fight.”

The 65th-ranked Cocciaretto had won eight of her last nine matches between Challenger and Tour play.

Teichmann said he teammates helped her to the win.

“You have a full team on your backs that’s cheering for you each point, and you want to win for them – it’s not only about you.

“We were super close last year. I took everything as motivation.”

WTA No. 12 Bencic  assured the winning scoreline with three breaks of Paolini in the second set.