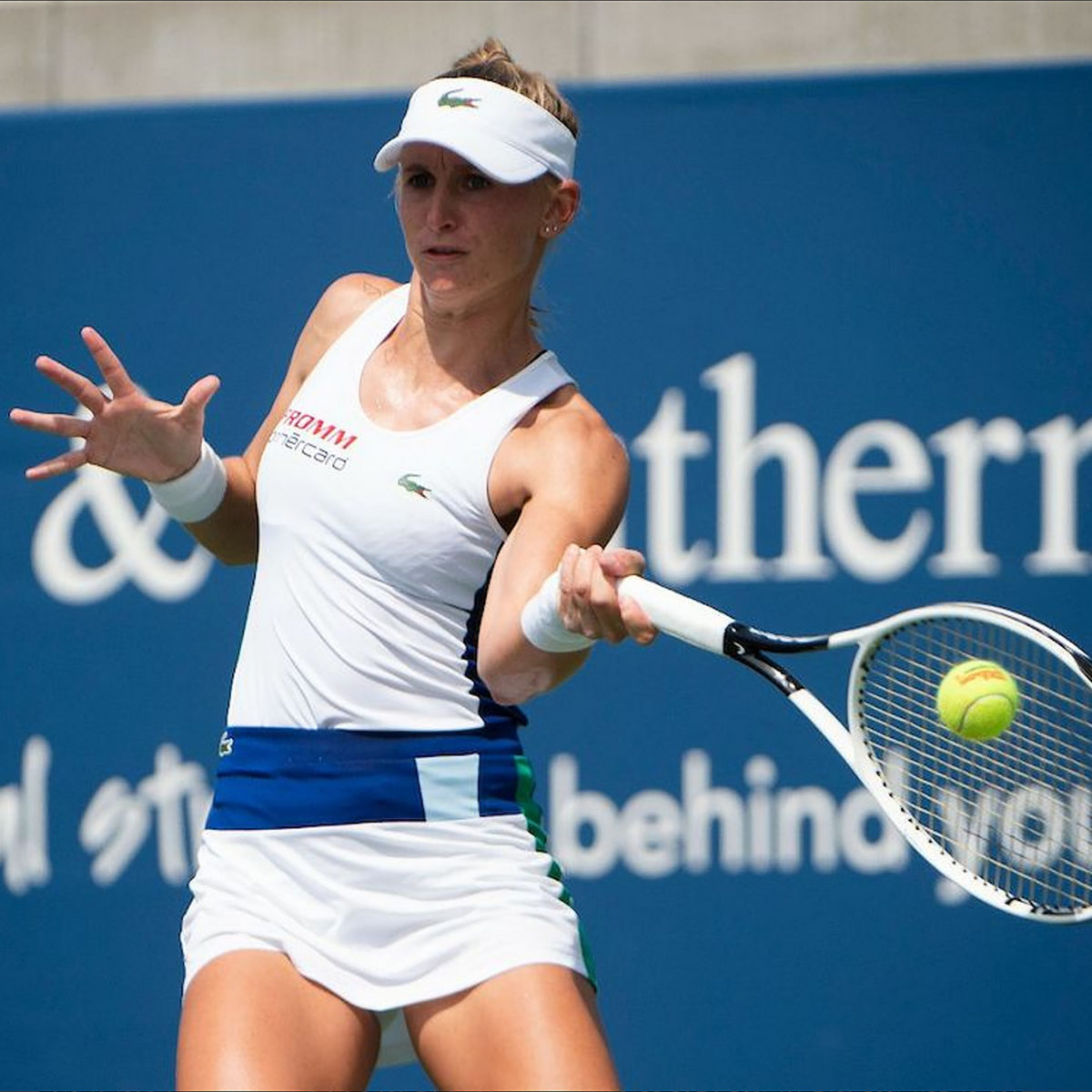 Potential Swiss spoiler Jil Teichmann is keen to get stuck into another potential upset scenario at the Cincinnati Masters as the No. 76 outsider faces Ash Barty in Sunday’s final.

The 24-year-old has knocked off a pair of Top 10 opponents this week in the alternatively rainy and sweltering American Midwest at a venue located across a motorway from a massive amusement park.

But most of the fun will be on court when the challenger and the experienced top seed face off.

Teichman, who eliminated Naomi Osaka in the third round and did the same on Saturday to No. 4 Karolina Pliskova, is ready for more after her 6-2, 6-4 defeat of the Czech noted as one of the biggest servers on the WTA.

For good measure, she beat Olympic gold medalist Belinda Bencic, her compatriot and good friend, in the quarter-finals.

The challenger owns 250-level trophies on clay from Palermo and Prague from two years ago. Teichmann now stands 4-0 this season against top 10 players.

“It’s perfect, I really like it,” she said of the upcoming showdown. “It’s a nice challenge.

“Playing center court against world number one 1 in a final…it’s perfect. It’s really nice challenge, and I’ll go for it.”

Barty has continued to go about her business with no drama to now lead the WTA on 39 victories this season.

“It’s been a nice week of building momentum,” said Barty, who managed 29 winners. “To be in another match playing for a title is really exciting, really cool.

“I’m playing well at the moment, executing game plans well. I feel I’m moving well, and I’ve got control of the ball. That’s all I can ask of myself.”