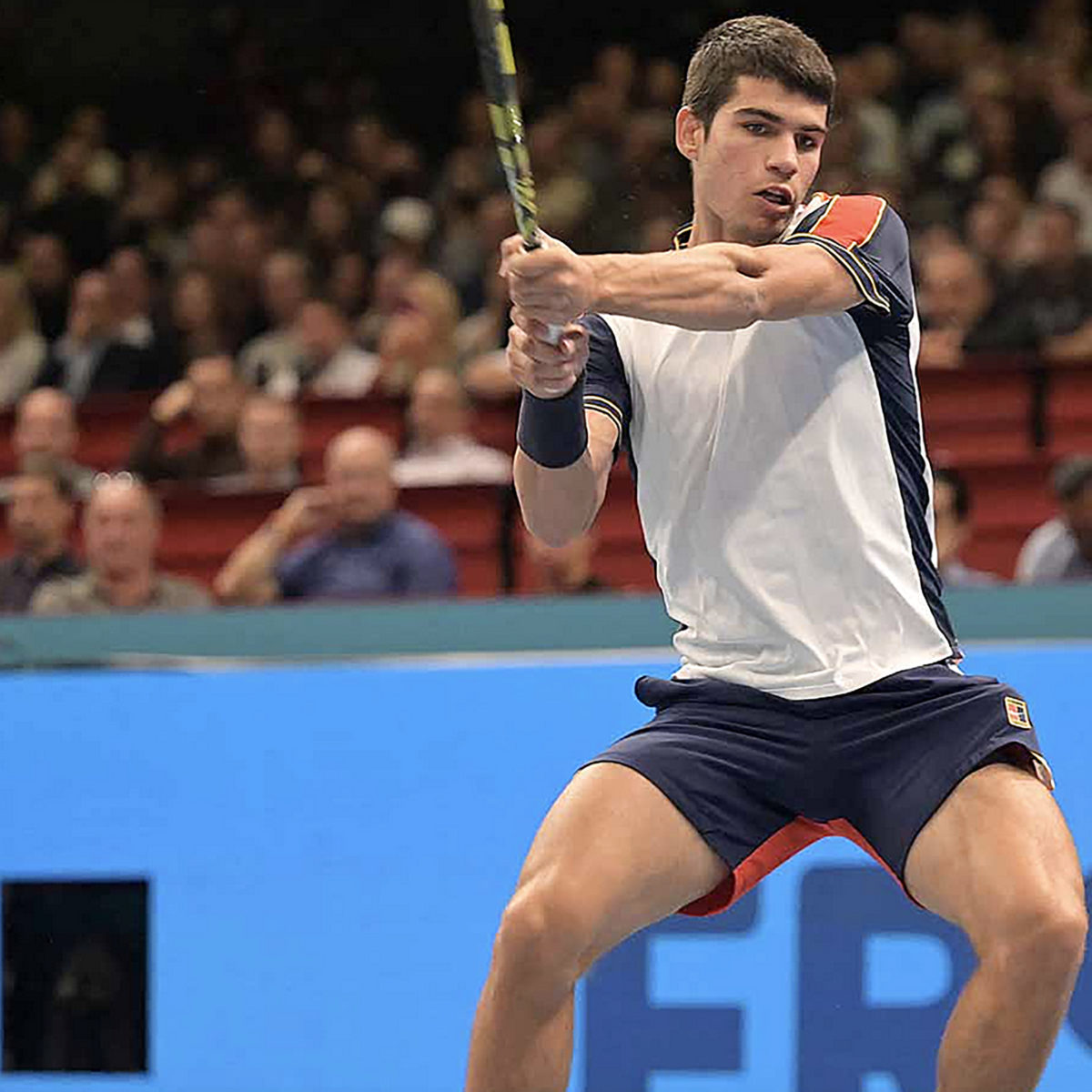 Teenager Carlos Alcaraz tonight got quick revenge for his defeat by Andy Murray earlier this month in Indian Wells with a 6-3, 6-4 victory in the Erste Bank Open in Vienna.

The scoreline did not reflect how hard Alcaraz had to fight to edge his way past the former World No. 1 who is almost twice his age.

There were 25 break points and seven breaks of serve in a match lasting just over two hours.

In his post-match interview, the student of former World No. 1 Juan Carlos Ferrero said “For me it’s a great feeling to play against Andy Murray and to be able to beat him,” Alcaraz said “I played really, really well and I’m just really happy for the performance today”

The Next-Gen player’s capabilities came as no surprise to the 46 time ATP tour winner Murray who predicted a bright future for him and a climb up the rankings at the beginning of the year.

“I think Alcaraz is really, really good,” Murray said at the time. “I think he’s got a good chance at it.”

Victory earned the Spaniard a third round match up with No. 3 seed Matteo Berrettini.