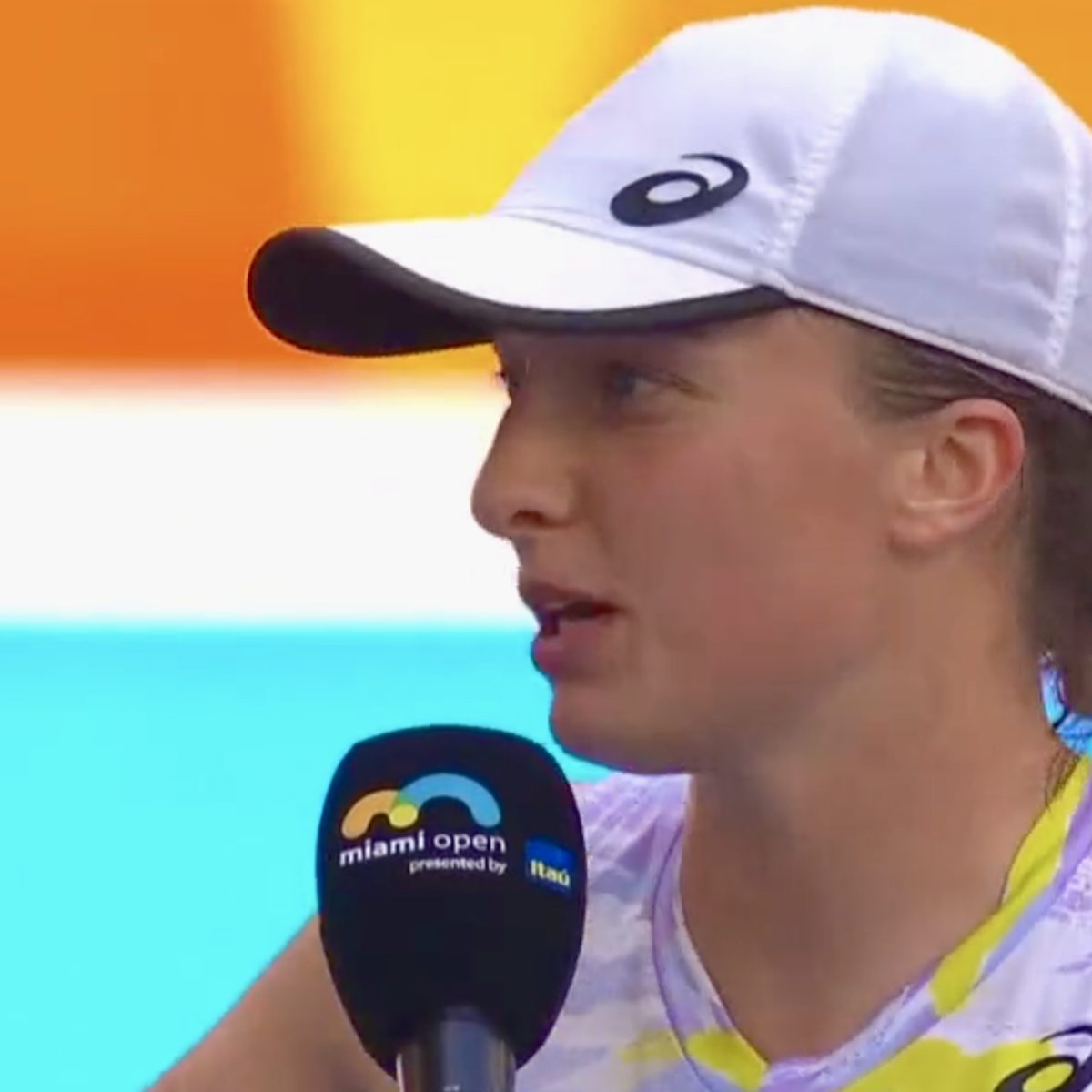 The clash of the round in Miami did not live up to expectations on Monday as Iga Swiatek swept past Coco Gauff 6-3, 6-1.

The new world No. 1 to be took just 76 minutes to dispose of Gauff as she claimed almost 60 per cent of points off of Gauff’s second serve to control the match.

Swiatek is still undefeated at WTA 1000 events this season and will meet Petra Kvitova next.

“I’m happy I can keep going. It’s the first time I’ve had a (winning) streak like that,” Swiatek said.

Some big hits from Gauff gave the American a chance in the first set until Swiatek took a 4-3 lead and the second set was a formality as she won 14 points in a row.

Kvitova prevailed over No.21 seed Veronika Kudermetova 7-6(5), 6-4 later on Monday in a strange opening set saw Kvitova lose a 5-2 lead to go to a tiebreak before she eventually won the set.

In the second set Kudermetova jumped to a 4-0 lead, before Kvitova took over and won six games in a row to win the match.

Badosa will face Jessica Pegula after the American booked her spot after Anhelina Kalinina retired down 6-0.

“Today was a very tough day for me,” Badosa said.

“I didn’t wake up feeling very well so I didn’t know if I would be able to finish the match. I always say I want to be a fighter no matter what so that’s what I did today. I kept fighting and I don’t really know how I won. But I’m very happy.”