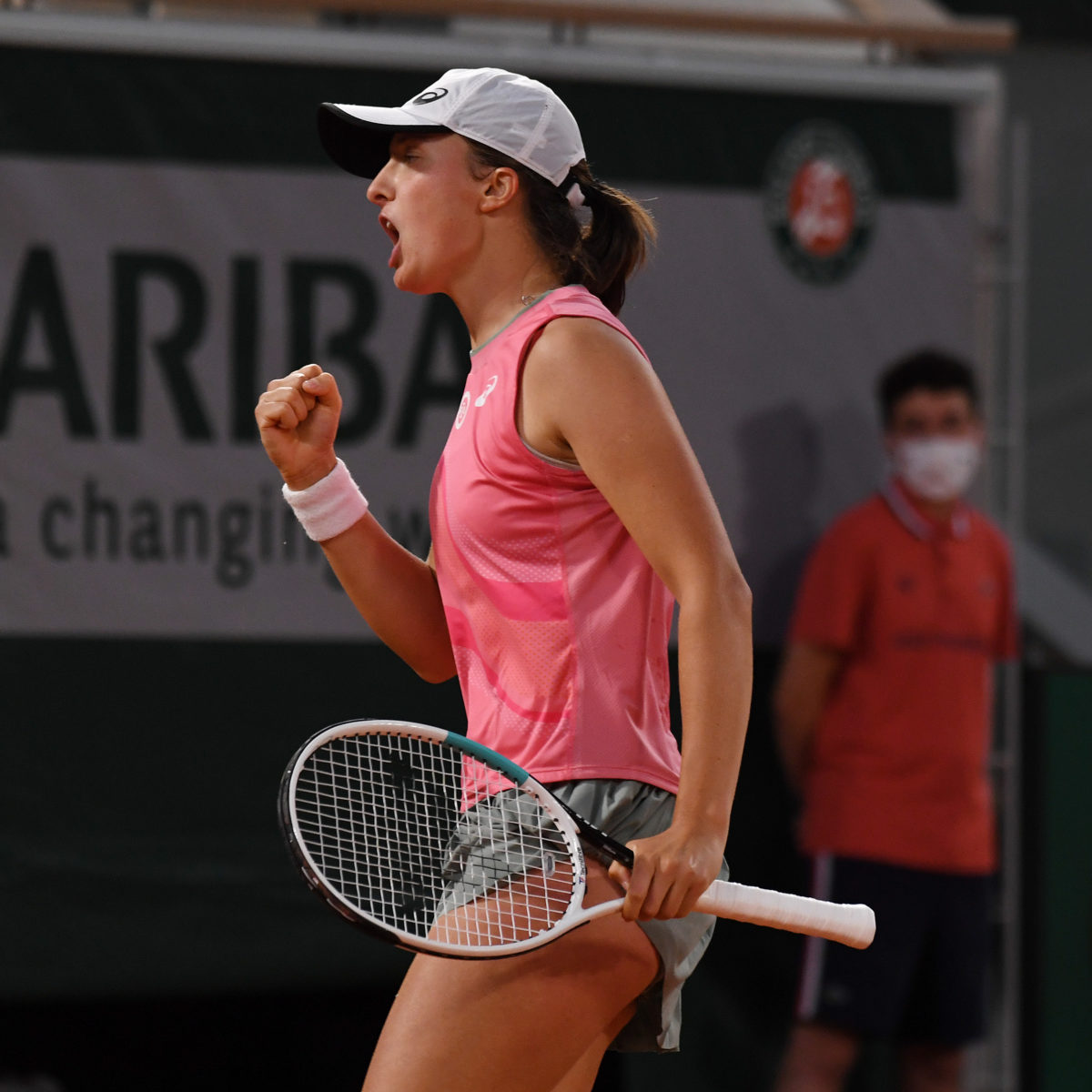 Iga Swiatek had to make a near-total adjustment in her first Roland Garros night session as the defending champion reached the quarter-finals 6-3, 6-4 over teenaged Marta Kostyuk on Monday.

The win marked the first experience for the Pole in playing after dark in a stadium left empty by a COVID curfew.

Eighth seed Swiatek will take on Greek Maria Sakkari in the quarters after earning her 50th career main draw victory.

Top players have been taking it in turns to compete in the challenging sessions under what many consider an extremely bright set of lights and minus any support from the public.

Swiatek has dropped just 20 games in her first four rounds as she bids to become the first woman to defend the French Open title since Justine Henin in 2007.

The holder has now won 22 consecutive sets here; besides the singles, Swiatek has also reached the same round in doubles .

“There are so many differences between day and night matches here,” Swiatek said. “It was really hard to adapt.

“For one thing, the lights are really bright, I would sometimes lose the ball in the lights.

“I hope that next year it will be better with crowds present.

“I’m pretty happy to be this far in both singles and doubles, it’s not an everyday thing to get to the quarters of a Grand Slam.