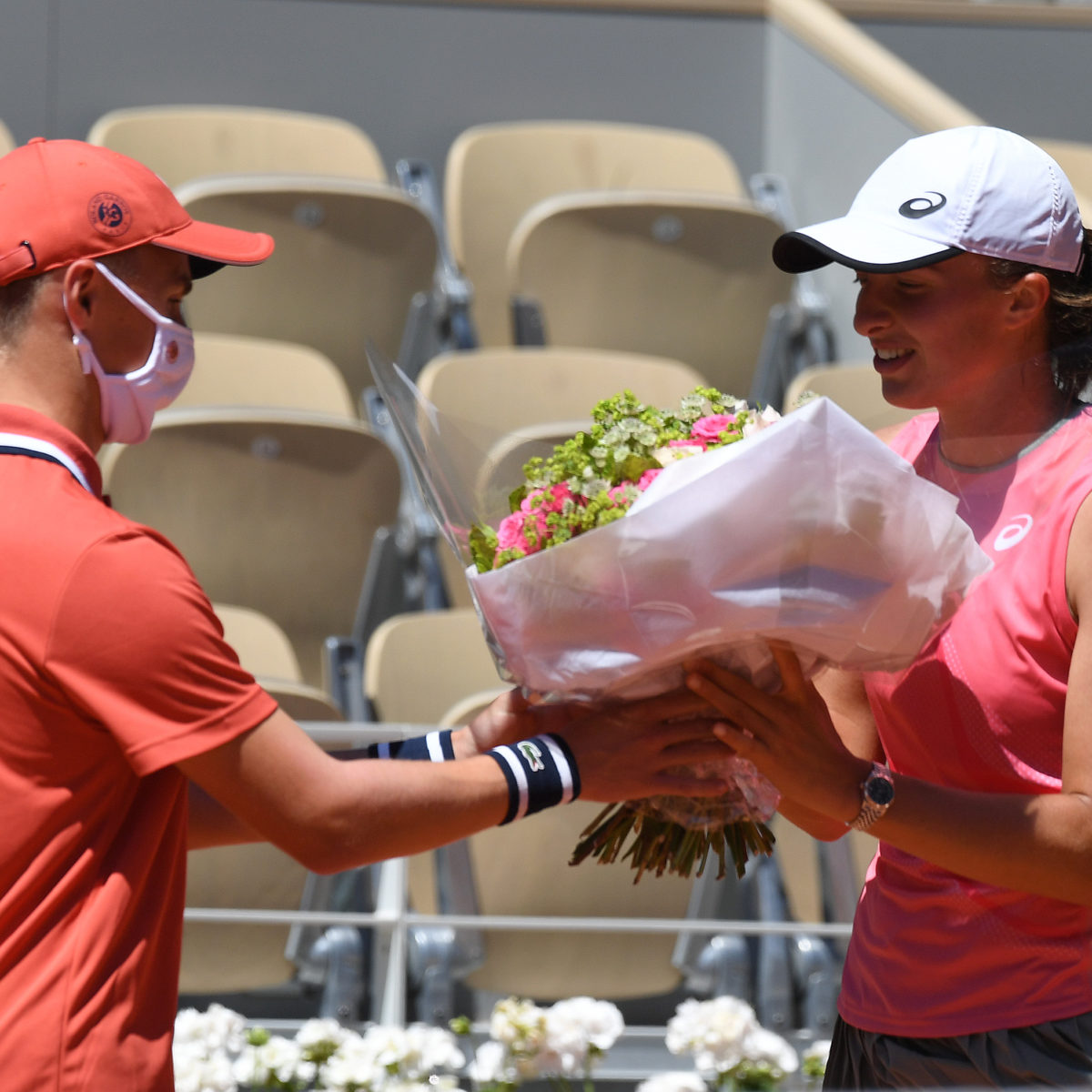 Holder Iga Swiatek laid on a 6-0, 7-5 defeat of her best friend in tennis on Monday to move into the second round of the French Open.

The Polish defending champion dominated in the early stages, sweeping the first seven games before Slovene Kaja Juvan got involved

The second set turned into a scrap in blustery but sunny conditions on the Chatrier court which took nearly 90 minutes.

Swiatek, who needed four match points to advance, also defeated her mate last February at a minor Australian event and also won a medal with her at the junior Olympics.

Swiatek is bidding to become the first woman to defend the title here since Justine Henin in 2007.