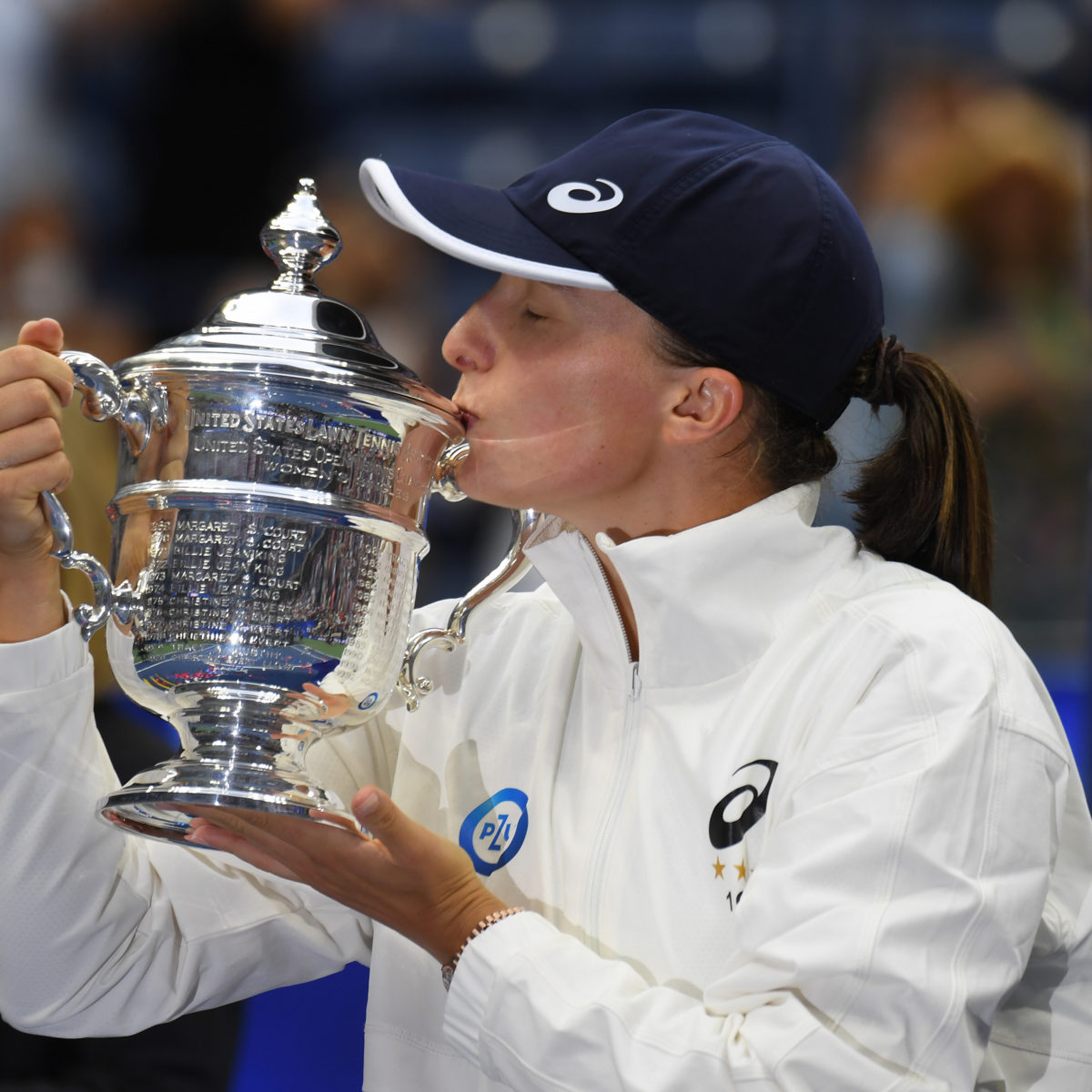 Iga Swiatek defeated Ons Jabeur 6-2, 7-6(5)  on Saturday to win her third Grand Slam title as she lifted  her first US Open crown.

The Polish world No. 1 confirmed her status as the current best with her demolition job in just under two hours. Swiatek also won her second Roland Garros title in June.

Jabeur lost her second Grand Slam final in a row after going out at Wimbledon to Elena Rybakina two months ago.

The Tunisian who has been setting records for the Arab world and for her continent of Africa has occasionally fallen victim to nerves at the big moments.

Her performance in the title match picked up midway through the second set – but by then it was too late to stop her 21-year-old Polish opponent.

Swiatek led a set and 3-0 when Jabeur began to make an impact, breaking in the fifth game to get the second set back on serve.

But the top seed quickly regained control with a break for 4-2; Swiatek moved to within a game of the title as she held, 5-2 but Jabeur then produced the third break of serve in a row to stay in touch 3-4,.

Jabeur saved a match point in the 12th game as she took the contest into a tiebreaker. But Swiatek came good on her second winning chance

on the decider as Jabeur put a return long to end the afternoon.

“I don’t know how I did it, before the tournament I was not expecting this, the winner said. after finishing with 19 winners and 30 unforced errors.

“I’m proud that I could handle it all mentally.

“Ons and I have a great rivalry, I’m sure you are going to win some of the big matches also,” Swiatek told  her defeated opponent

Swiatek will claim her career-best pay cheque of USD 2.6 million.

Jabeur, who saved seven of the 12 breakpoints she faced, had 14 winners and 33 unforced errors.

“Thanks to the crowd for cheering me up,” the player who will become No. 2 in the world behind Swiatek on Monday said.

“Iga did not make it easy for me, but she deserved to win.

Jabeur called her Open “an amazing two weeks, backing up a final (at Wimbledon) is never easy

“I will keep working hard and hope to get a major title sometime soon.

“This is definitely the beginning of so many things for me.”