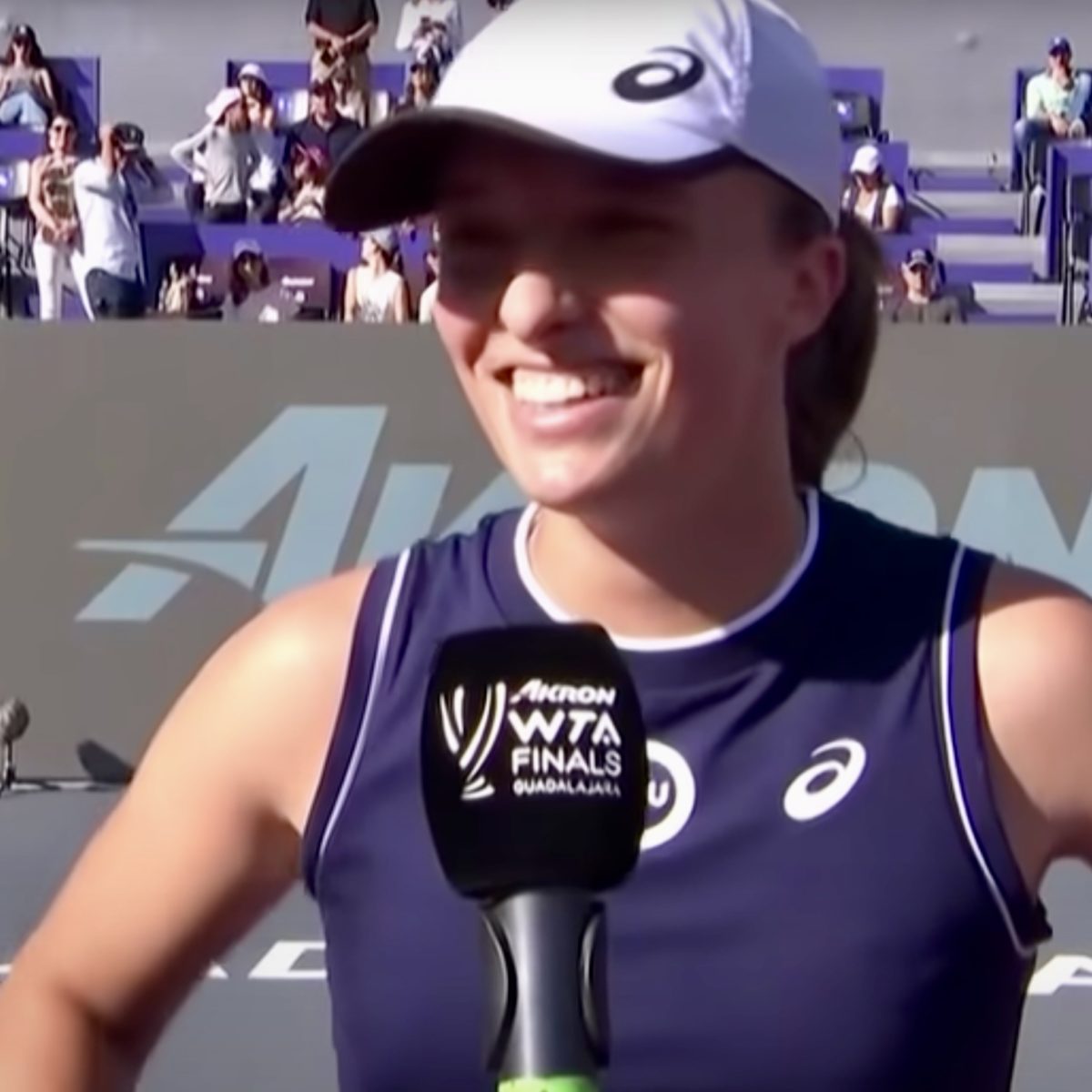 Iga Swiatek ended her WTA Finals adventure for 2021 with a 7-5, 6-4 victory over Spain’s Paula Badosa on Monday.

Ending Badosa’s eight-match unbeaten run brought a smile to the young Pole, the youngest player at the event.

“I think it was a really solid match from me. I´m pretty happy that I had a chance to show my tennis finally, overcome all these factors around, just play the game,” Swiatek said.

“For sure this tournament was special. Playing three days with such high-quality players, it´s hard. I hope my next time is going to be a little bit more lucky for me.”

Badosa jumped to a lead 2-1 lead before Swiatek pulled it back in a tightly-contested opening set.

At 5-5 Swiatek’s solid return of serve earned her a break and on her third set point she fired a ferocious forehand winner to wrap it up.

The Spaniard took an early lead in the second set as well, jumping to 3-1 before Swiatek fought back and a forehand winner levelled it at 4-4.

The young Polish star then closed out the set and the match as Badosa’s concentration slipped.

Badosa, who turned 24 yesterday, had already qualified from their group and will face Garbiñe Muguruza in the semi-finals, but admitted she was probably thinking ahead to the semi-final clash.

“I was quite focused, thinking about the match I have tomorrow. It´s an important one,” Badosa said.

“I think it´s amazing to have two Spanish players. For me it was already a dream to be here, so you can imagine how I feel to play the semifinals and against her.”

The semi-finals will take place tomorrow and the final is set for Wednesday.