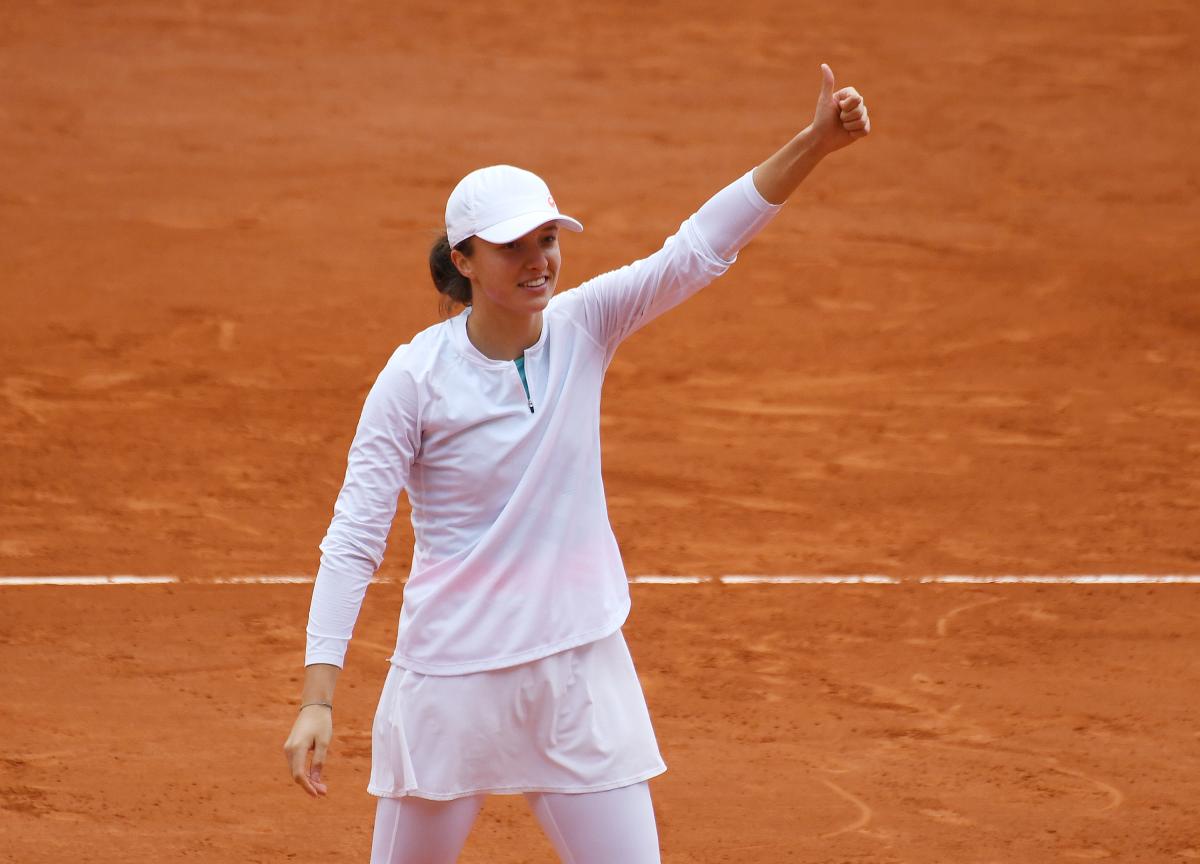 Hammering home a one-way win over the Pliskova twins has become a habit for Iga Swiatek, Sunday’s new champion at the Rome Masters.

But that rout was a mere follow-up to a crushing she inflicted two years ago on Pliskova twin Kristyna 6-0, 6-1 to reach her first WTA final at Lugano 2019.

The double-bagel win in Rome was also the second against Karolina, who went down love-love as a 17-year-old to Anna Korzeniak in a 2009 ITF $10K quarter-final in Cyprus.

“From the beginning I felt that she may be a little bit nervous, and I wanted to use that and actually play as many games with that vibe as I could,” Swiatek said.

“It’s not easy to actually win the first set 6-0, because you always have in the back of the mind that your opponent may start playing better and they can change the tactics completely, and then you have to adjust and then you’re going to start worrying.”

Swiatek had never scored such a decisive win in her career; and the closest final in Rome came in 1983, when Andrea Temesvari defeated Bonnie Gadusek 6-1, 6-0.

The last 0-0 final on the Tour came five years ago when Simona Halep inflicted one on Anastasija Sevastova at Bucharest.

“I’m really proud of myself that I’m actually starting to be more consistent,” the winner said. “That was my goal from the beginning.

“It was actually a bit frustrating after (winning the) French Open because sometimes you can’t see the result of your work.

“Winning a Grand Slam is great, but after that comes rankings, and this year it was different.

“I’m really proud that I’m gonna have Top 10 in my résumé.I always wanted that.

Now the goal is to stay in that place and go further.”

Swiatek ended with 17 winners and five unforced errors while Pliskova began her first two service games with two double-faults in each to start the rapid-fire 20-minute opening set.

Pliskova remained shell-shocked: “I think she had an amazing day and I had horrible day,” the Czech said.

“That’s one of those combinations which I guess can happen. She really played great, didn’t give me anything.

“She really made it extremely difficult for me to win any point and just to play anything.

“”She was playing super fast, just going for it.”

Pliskova said she needs time to digest the defeat: “It’s super tough to be  positive right now, but I just gonna try to forget it.

“I have to move on, there has been a lot of tennis for me these last ten days. And just playing like five days in a row,

“Everybody had a lot of matches here, especially with the rain delays, but playing like every day I was feeling a bit tired.

“I’ll take a couple of days off, and then go to Paris.”