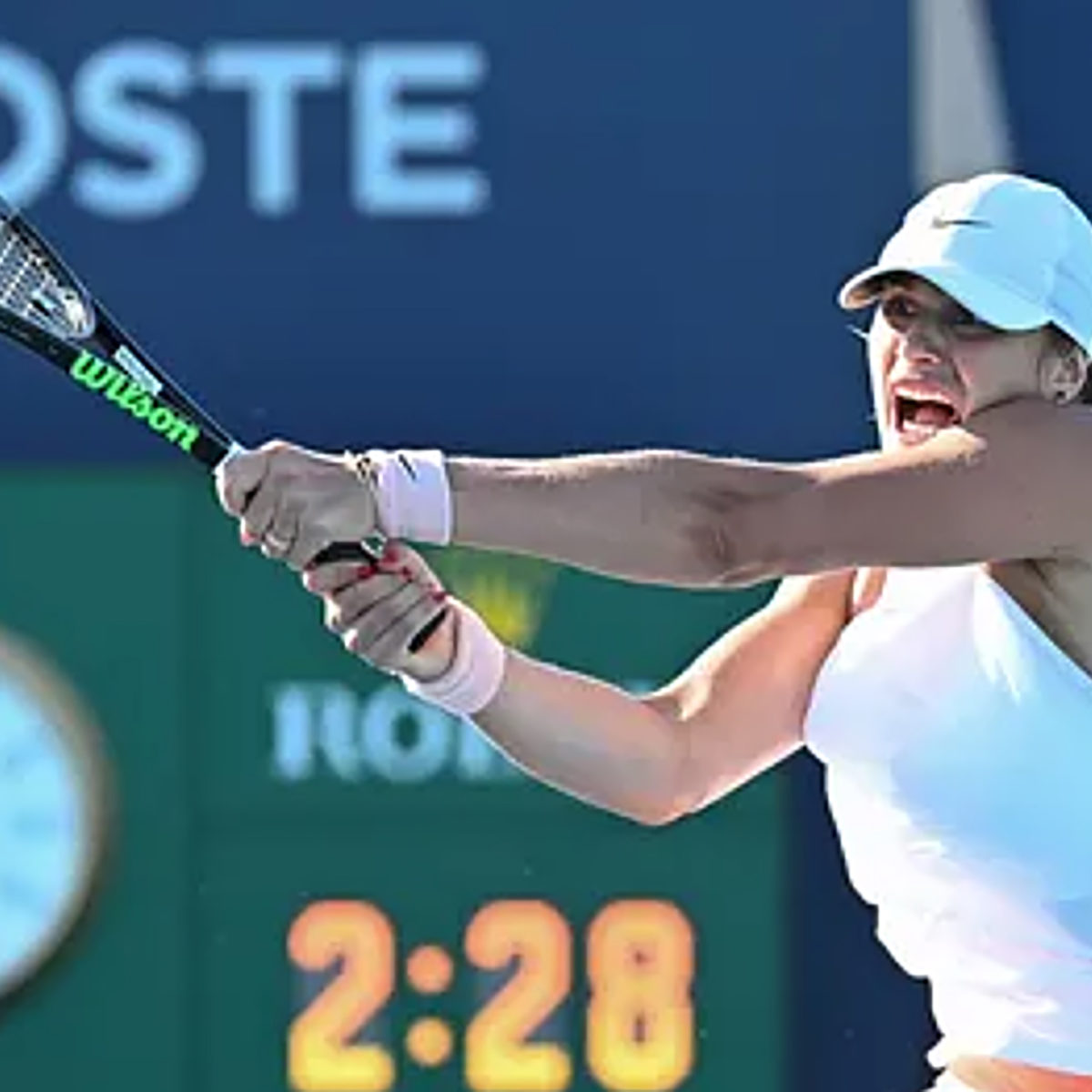 Croat Ana Konjuh put her surgically repaired right shoulder to the test on Saturday and knocked out a reigning French Open champion in the third round of the MIami Masters.

Konjuh, who has come through four elbow surgeries, last played – before this season – at Budapest in 2019.

The 338th-ranked outsider  moved onto the fourth round to next face Anastasija Sevastova, who advanced when third seed Simona Halep was forced to quit the tournament injured.

Konjuh sent over 10 aces and forced Poland’s Swiatek to save 10 of 14 break points in their two-and-a-quarter-hour encounter.

The current Roland Garros champion who made her Grand Slam breakthrough at the COVID-delayed edition in Paris last autumn, will cheerfully move onto the clay season, in her eyes the most important part of the season.

Kohjuh now owns two match wins since her injury comeback, both of them this week.

Swiatek praised her opponent’s determination in victory: “She had good tactics, played aggressive and risky – but the ball went in.

“I was perhaps waiting for her mistakes. The only thing I’m angry about is my second serve, I wasn’t sure of how to change up my game when I needed to.

“After all of her problems, she’s making a nice comeback. She put all the pressure on me, I had a lot more double-faults (six) then usual.”

Swiatek is more than ready to make the change to European clay after winning the Adelaide event the week following the Australian Open..

“I now have my second title, I know exactly what matches I lost and what I need to work on. I’m happy with my start of the season.