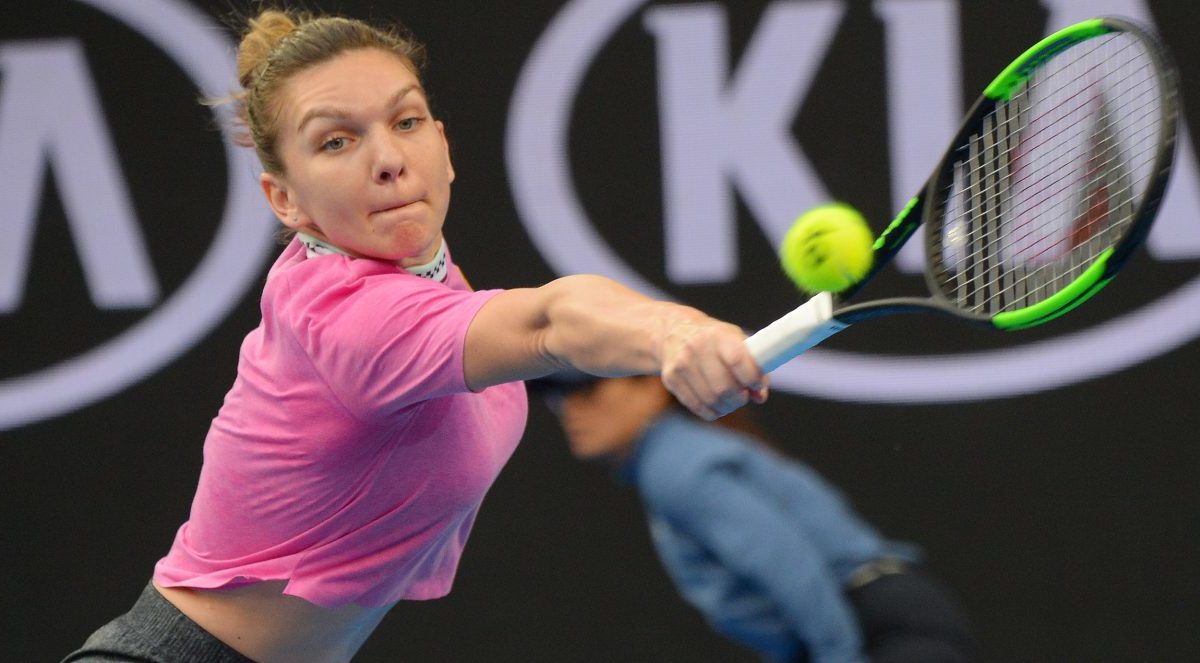 Top seed Simona Halep needed a recovery to score a revenge win and end a five-match loss streak as she advanced over Kaia Kanepi 6-7(2), 6-4, 6-2 in the Australian Open first round on Tuesday.

Four months ago, the Estonian upset Halep in an opening match at the US Open, the first of five consecutive losses for the Romanian.

Halep dropped the first set as Kanepi looked like ripping up the form book again, but the seed fought back to prevail.

“I don’t want to remember that match,” Halep said of her New York loss. “I knew what I had to do tonight.

“She;s a tough opponent. I had to be strong in the legs and believe that I could win the match.

“I’m really happy to be playing in the second round. I will take a lot of confidence.”

US Open champion Naomi Osaka got off to a winning start, beating Magda Linette of Poland 6-4, 6-2 in less than an hour.

The 37-year-old Williams who won the title here the last time she played in 2017 while newly pregnant, was untouchable as she crushed her 74th-ranked opponent.

The American, seeded 16th and bidding for a record-levelling 24th Grand Slam title alongside Margaret Court, won her 82nd Melbourne match – more than any woman who has ever played the event.

“It was nice to be back out there, it was a good match today,” Williams said.

“I didn’t make too many unforced errors, I think – she’s a tricky player. She’s been able to beat top players, so she knows how to play.”

The match was the first official contest for Williams since the US Open, when she melted down in a massive temper tantrum in a loss to Naomi Osaka.

Williams has reached finals in her last three three Melbourne appearances, winning titles in 2015 and 2017; her record stands an impressive six titles from her last 13 entries at a major.

Canadian Eugenie Bouchard produced a dominating 6-1, 6-2 victory over China’s Peng Shuai to next line up against Williams, who beat her twice in their last official matches in 2013 and 2014.

Wild card entry Peng saved a match point as she lost in just under an hour form a Bouchard winner..

Bouchard, who broke through for a Wimbledon final five years ago but then hit a serious rankings decline, has re-dedicated herself to the sport for 2019 and is fighting back form a 79th ranking.

“I’m happy. I think I was very solid and consistent from beginning to end,: the Canadian said. “I’m really enjoying it on the court, and I feel like I have done some good improvements in the last couple months.

“I have been very solid in my matches last few tournaments. Just enjoying the training and enjoying the matches.

“That’s the most important thing, because I have definitely had moments where I didn’t enjoy it so much.”

Williams compatriot Madison Keys, the 2017 US Open finalist. advanced to the second round as she put out Australian hope Destanee Aiava 6-2, 6-2.

Like Williams, Keys did not bother with a run-up mach prior to the Open, insisting she need time to heal a 2018 injury.

“There are always nerves before any Grand Slam match, but especially when you haven’t played any matches leading up to it,” the 23-year-old who last played in Zhuhai in early November said.

“I was definitely a little bit nervous. I felt like I had to just keep my feet moving and try to get all of that out.

“Honestly, I just kind of ran out of time. I had a more significant injury (last season) than I originally thought.

“I wish I could have played a warm-up tournament, but it just made more sense to make sure my body was 100 per cent and try to have an injury-free year instead of trying to rush things.”

Johanna Konta got a welcome British win after a rough opening day for her nation, defeating Australian Ajla Tomljanovic 7-6(4), 2-6, 7-6 (7).