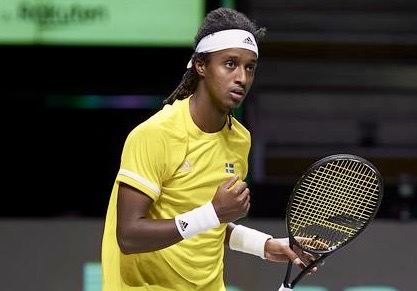 Sweden delivered a one-two punch through the Ymer brothers to defeat Canada 2-0 on Thursday in opening group play at the Davis Cup Finals.

The sweep in Madrid got the Scandinavians away in round-robin at a competition compressed into 11 days, with early stages also staged in Innsbruck and Turin, which recently hosted the ATP Finals.

The side boasts former No. 4 Robin Soderling – only man to ever defeat Rafael Nadal at Roland Garris (2009) – as captain.

The 37-year-old has confidence in a young side which is hoping to do some damage as the stripped-down Davis event now under Spanish management..

“Of course, with the new format there are not as many home and away matches. But the Davis Cup is still a big thing for players – up there with the Grand Slams.”

Sweden faces its next group test against Kazakhstan on Saturday while Spain — minus Rafael Nadal but with teenaged Carlos Alcaraz on board – face underpowered Ecuador.

Cilic pounded nine aces and broke five times to secure a point for his nation in just over two hours.

The veteran followed the example set by 23-year-old teammater Borja Gojo, who stopped Alexei Popyrin 7-6(5), 7-5 in the first rubber.

At Innsbruck in front of empty stands due to Austria’s COVID shutdown which began this week, France and the Czech Republic split, with Adrian Mannarino defeating Jiri Vesely 6-7(1), 6-4, 6-3 while Tomas Machac beat Richard Gasquet 7-6(1), 6-2.