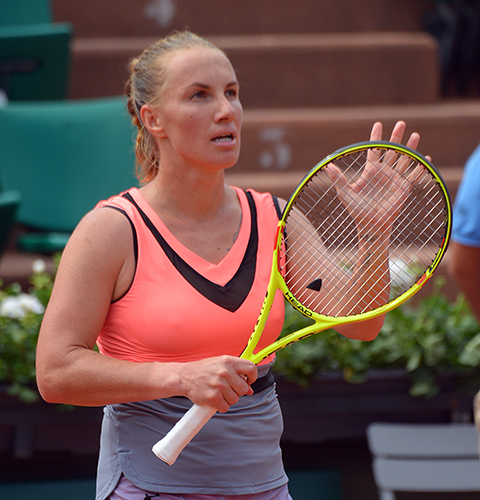 Svetlanta Kuznertova saw the light at 4-4 all in the second set, with the Dubai event veteran lifting her game to power back over two-time champion Elina Svitolina with a second-round fightback.

The 35-year-old Kuznetsova, a three-time finalist here. returned to the third round here for the first time in a decade with her 2-6, 6-4, 6-1 surprise in an empty stadium where fans have been banned under COVID protocols.

Russia’s double Grand Slam champion ran off seven games in a row as she trailed a set and 4-all, admitting that she saw few chances for what turned into a dramatic turnaround.

“It was just patience, trying to accept that I could not play my game but trying to stay there,” the winner said.

“Sometimes have to accept that you don’t play so good. I didn’t think about winning seven games, I was just trying to focus on winning points.”

Former No. 1 and two-time Dubai winner Svitolina made a brief stand down 5-0 in the third set, holding serve and saving a pair of match points.

But her opponent would not be denied, with Kuznetsova fighting off two break points in the next game as she served out the match after nearly two hours.

Kuznetsova owns the most wins at Dubai among active players with 20, ahead of Venus.Williams (19) and Svitolina (16).