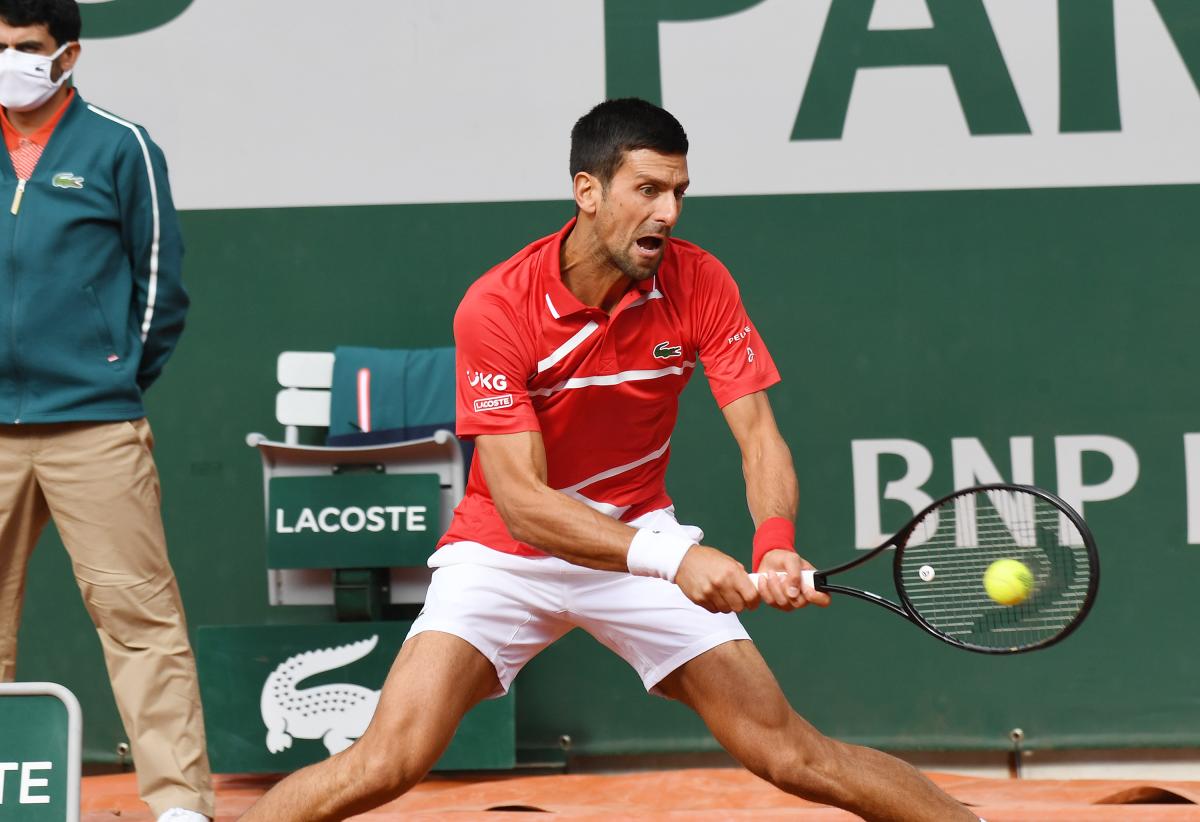 Novak Djokovic matched Roger Federer in a minor Roland Garros statistic, the Serb claiming his 70th victory at the French Open on Thursday.

The top seed crushed Ricardas Berankis 6-1, 6-2, 6-2 in less than an hour and a half, finishing the job with his 10th ace on match point to move easily into the third round.

Djokovc and Federer trail in Paris wins behind Rafael Nadal, who has won the clay-court major a record 12 times.

“Winning that many matches on each slam is a great achievement, and of course it makes me proud, makes me happy,” Djokovic said.

“I always aim to play my best tennis in Grand Slams. I think Federer, Nadal, the biggest players in the last 10, 15 years, aim to always play their best in Slams.”

Djokovic was unchallenged in a win where the first two sets were done in less than an hour. the Serb had 10 aces and broke six times.

No. 5 Stefanos Tsitsipas, who needed five hours to win his opening round. found some efficiency in a 91-minute defeat of Uruguay’s Pablo Cuevas, winning 6-1, 6-4, 6-2.

Ninth seed Denis Shapovalov had two bites of the cherry, twice serving for victory – but the Canadian still could not emerge with the win against Roberto Carballes Baena.

“Conditions were as tough as possible for me. with the balls being just so heavy and it being really cold,” Shapovalov, newest member of the ranking elite, said.

“I’m really happy that I was able to bring myself to a winning position, and then in the end it’s just a little bit unlucky.

“I think I did everything, everything right, just didn’t go my way today.”

The battle lasted for nearly five hours, with the Spaniard winning his first five-set match.

Grigor Dimitrov struggled mightily with a stubborn tracksuit leg which would not pass over his shoe prior to posting a 6-4, 7-6(5), 6-1 defeat of Slovak Andrej Martin.

As a result of his pre-match clothing malfunction, Dimitrov had to waddle out for the coin toss, managing to somehow stand on one leg while untangling the garment from which he finally disengaged.

Hungarian Marton Fucsovics followed up his first-round upset of Daniil Medvedev with a trip into the third round thanks to a 7-6 (2), 6-3, 7-5 defeat of Spain’s Albert Ramos.

The 22-year-old only returned to the ATP in 2019 after injuries the season before. The defeat of Struff was his fourth ove a Top 50 opponent since last September.