Super? No, Silent Saturday in Melbourne this year 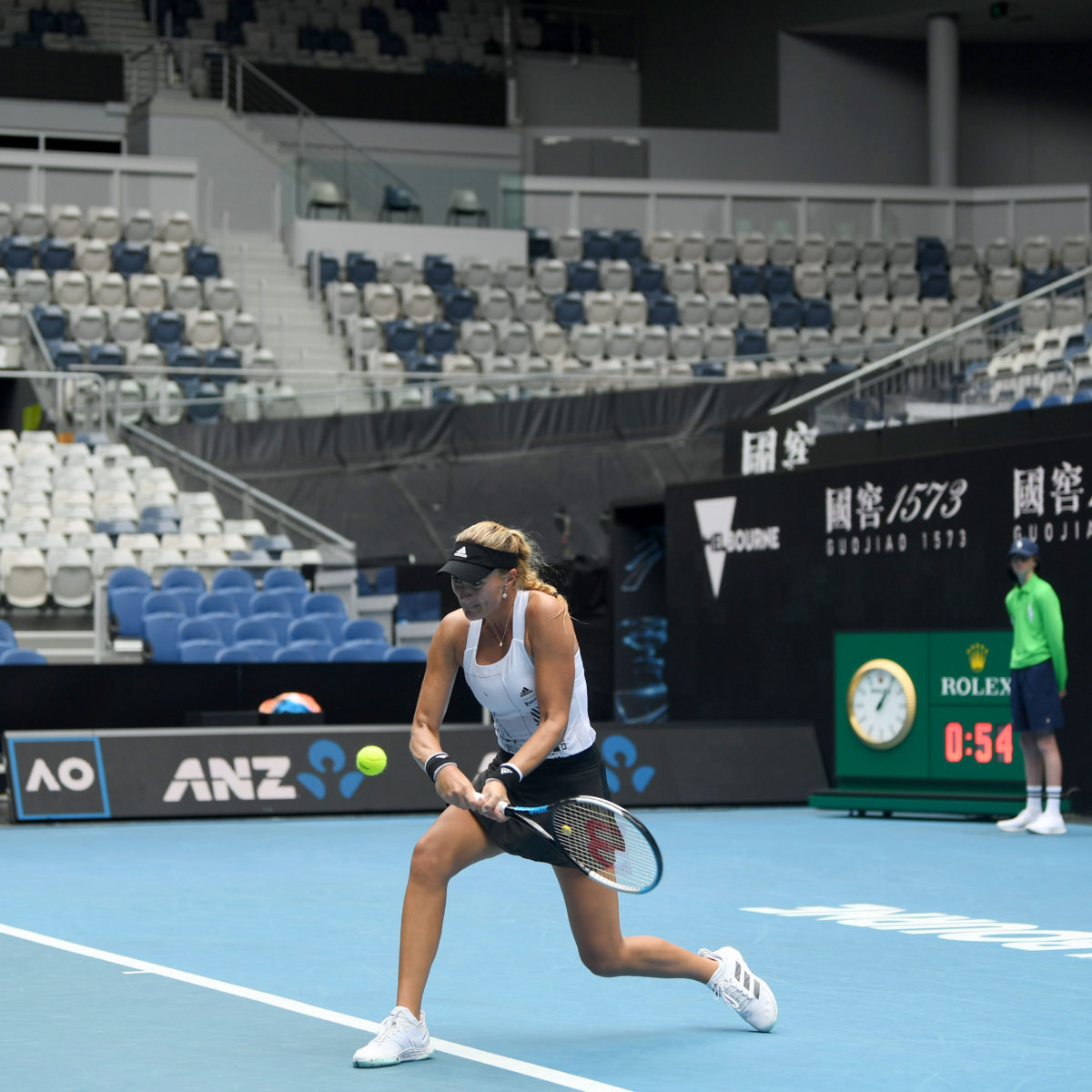 It is supposed to be Super Saturday, the middle weekend when crowds flock to see the best tennis players in the world participate in one of only four Grand Slams every year.

2021 will be recorded very differently – to many observers it looked like a training session.

On Rod Laver Arena first thing Saturday there were no crowds – just an eerie silence as Karolina Muchova and Karolina Pliskova went about their business.

For the record Muchova beat her Czech compatriot in straight sets with the only witnesses courtside a few player assistants, the umpire, ball-kids, photographers and the TV crew.

The previous evening play between Novak Djokovic and Taylor Fritz was halted as officials asked fans to leave in order to comply with new State quarantine regulations that came into play from midnight.

Some wouldn’t move – despite repeated requests – so both players were sent back to the changing rooms until the auditorium could be emptied.

“Definitely one of the strangest matches that I have been part of,” Djokovic said afterwards.

Fritz was more outspoken, slamming organisers for staging the match knowing spectators would have to leave before it had finished.

“It’s absolutely ridiculous that at a grand slam match we’re asked to leave the court for 10 minutes in the middle of the match,” he said.

“That shouldn’t be a thing at a grand slam [tournament]. I understand the fact that Victoria is going back into lockdown and people have to go.

“If that’s the case, then we shouldn’t have played tonight if we weren’t going to finish the match on time.”

With all but essential workers – and pro tennis players locked away in their homes for five days in another draconian ruling the people of Melbourne have to endure over the past year, remember this was a result of 13 positive tests at an airport hotel – tennis returned Saturday morning not knowing if spectators would return for the finals next week.

Officials had no choice but to follow the directives of the State health officials but the first day with no crowds was a very different experience for all.

Elina Svitolina said it took her time to adjust, adding her match against Yulia Putintseva on Margaret Court Arena was like a ‘practice match’.

“I actually had few thoughts about it today. It feels like this. I tried to convince myself that it’s a grand slam tournament and that we are playing an important match,” she said.

She said she felt lonely on court at times.

“When you are down, I think you feel like you’re almost alone here,” Svitolina said.

“People give you energy, they are supporting you, they are trying to get you back into the match.

“Here, when you are down, it’s like almost only one person, your coach, your physio is there. In this way, that’s why I think it’s a bit tougher.”

Rod Laver Arena is the biggest at Melbourne Park – where normally today 15,000 spectators would have been crammed in.

It was empty, save the usual player entourages and officials as play began.

And it will remain empty until Thursday at least – our only view via the TV broadcasts.

Outside Melbourne Park, the city’s streets were almost deserted as the occasional tram car rattled past.

A silent city once more.