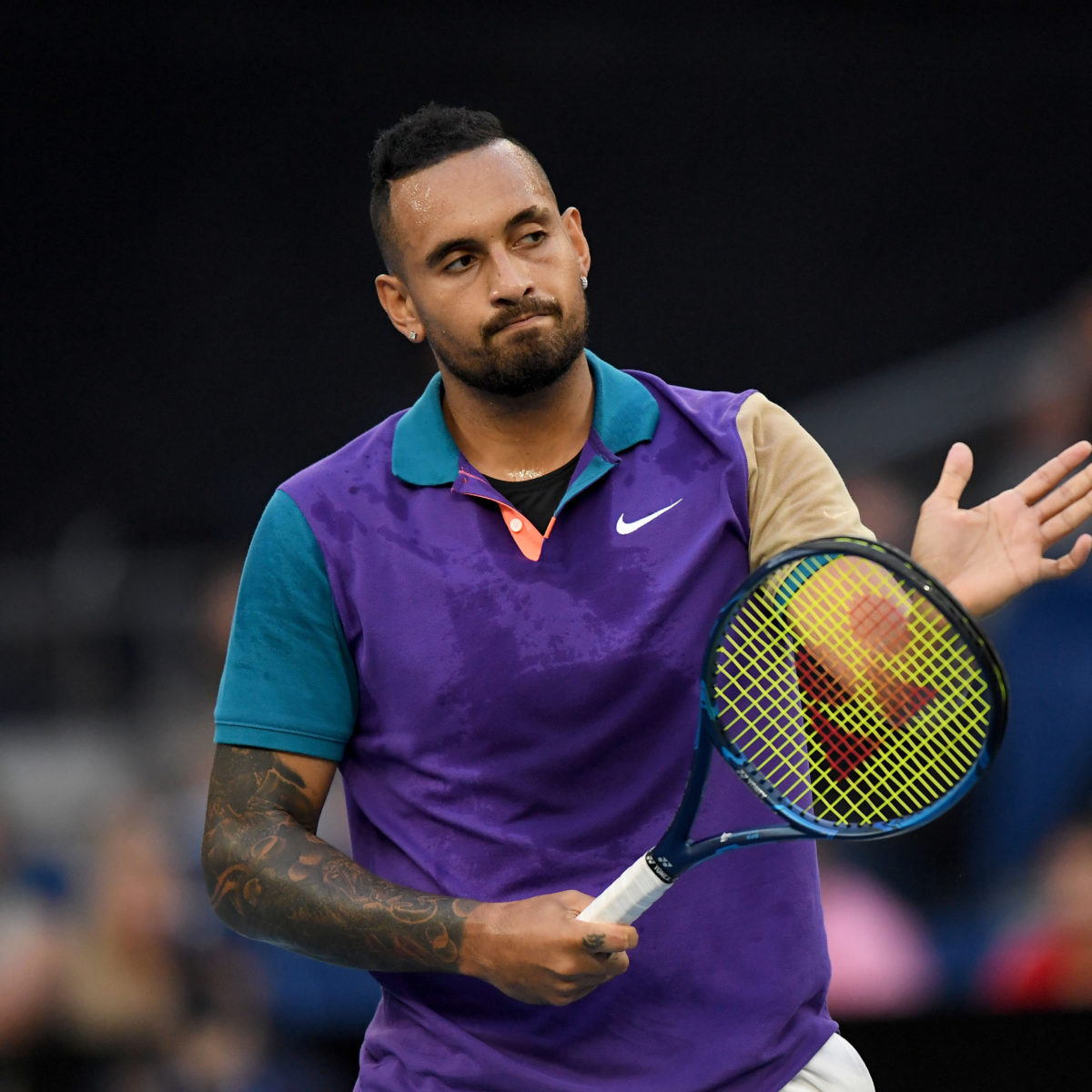 Listless Nick Kyrgios showed little fighting spirit – and not even any protest – as the Washington ATP drawcard crashed out 6-4, 6-4 in his opening match to American Mackenzie McDonald 6-4, 6-4.

The beatdown barely took an hour and a quarter and left the usually prickly 77th-ranked Australian 1-2 on the North American hardcourts with the US Open approaching.

Kyrgios was so laid-back that he only managed one underarm serve and as he fell to the No 107 journeyman.

The Australian who last week said he had suffered much worse in the “mental health” department than notable victim Naomi Osaka, had little explanation on what is wrong with either his game or his attitude.

“I know I can’t be too hard on myself. I haven’t played a lot of matches or any of that type of stuff… I played pretty average. My body feels pretty average,” the 26-year-old said.

He confessed that the former bad boy competitor who would psych out opponents and raise hell with umpires while regularly smashing racquets seems to have gone to ground.

And he doesn’t quite know how to resurrect his former abrasive self.

“I actually enjoyed my tennis more when it was so up and down. Like you see me today – like, I’m losing and I’m barely getting angry.

“I actually miss the days when I was losing and I was carrying on and I was getting fined and I was throwing my rackets.”

He now fears he may be mellowing: “Now I lose and I’m actually happy for the other guy – back then, I couldn’t stand the other guy.”