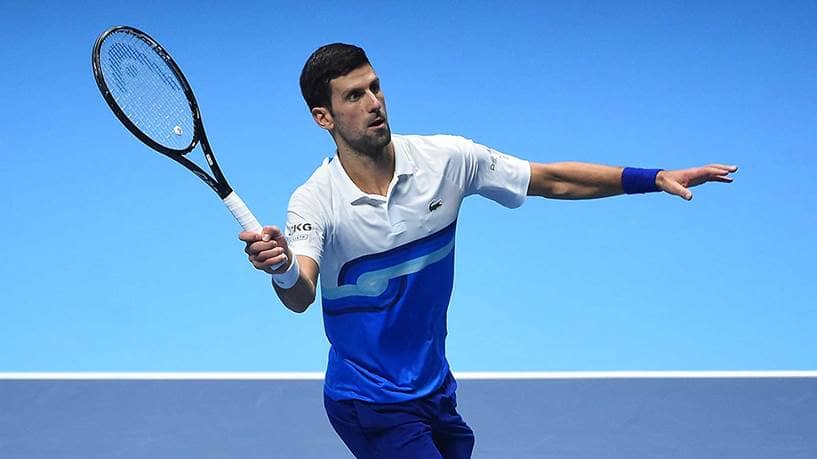 Novak Djokovic moved into position for a possible sixth title at the ATP Finals on Saturday despite turning a lacklustre 7-6(5), 7-6(6) win over Taylor Fritz.

One more would pull him level alongside the all-time six of recently retired Roger Federer.

The Serb who won his last year-ender in 2015 in London admitted that his showing was far from his best.

“I had to fight to survive,” the 22-time Grand Slam champion said of his victory in just under two hours. “I didn’t feel very comfortable.

“I was not reacting well. I knew after a gruelling match yesterday (over Daniil Medvedev) it would take time to adjust, to find the dynamic movement I would need.

“It was not one of my best days in tennis but I hung in there.”

American Fritz put up a stiff battle with 15 serves, recovering from a break down in the opening set and leading 5-3 in the second.

The Serb will wait for a Sunday finals opponent from Casper Ruud and Andrey Rublev.

“I’m very motivated and hungry, there is one match to go tomorrow – hopefully I can win it.”