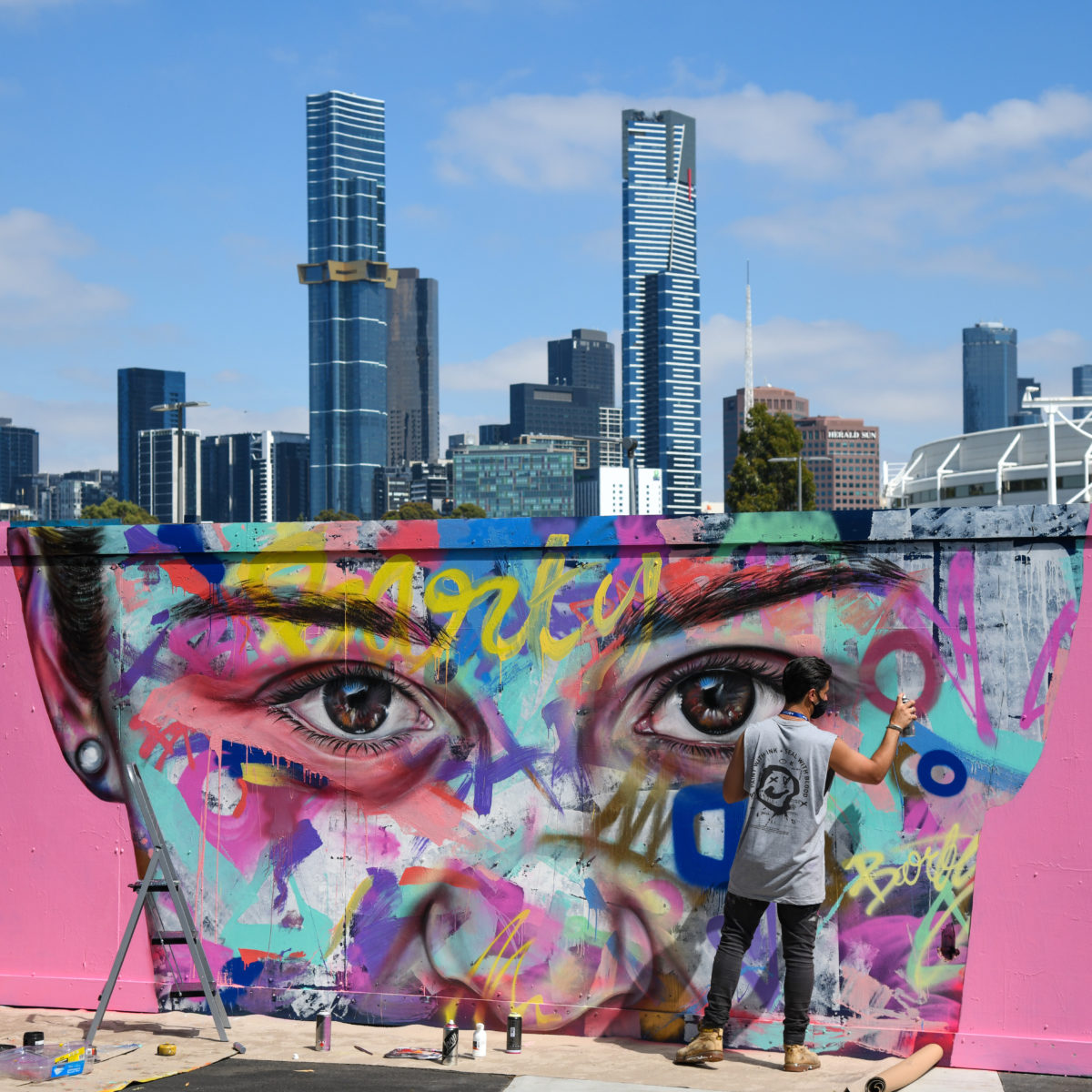 A stunning mural painted on a Melbourne wall next to the John Cain Arena at the Australian Open couldn’t lift local hero Ash Barty into the the semi-finals today, beaten in three sets by Karolina Muchova.

The mural by artist Monty Aka Paink took three days to complete.

“And being. Asocial Aussie here, I just wanted to do a good job.”

“It’s really cool and I think as Monty said, he wanted to nail the eyes and he’s done a great job.”