Sting for Thiem thanks to ad hoc Kitzbuehel rule 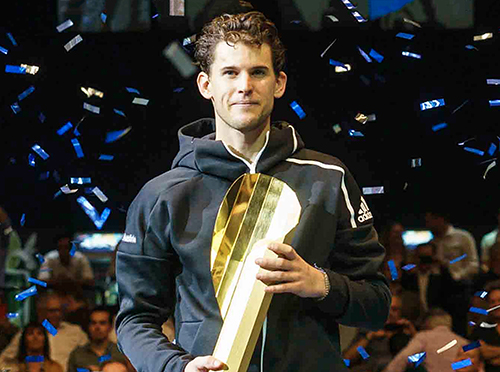 Dominic Thiem’s hesitation over playing the US Open amidst the COVID-19 crisis may cost the Austrian at home after the ATP added a stinger to its just-released 2020 emergency tournament calendar.

The No. 3 has said he leans towards not participating in the fan-free, quarantined edition of the major to be combined with the Cincinnati Masters with both played on site in Flushing Meadows starting August 22.

The new list of events shows the Kitzbuehel 250 clay tournament set for September 8, the second week of the Open and a week before a double-header of Masters events on the dirt in Madrid and Rome.

But the ATP has inserted an onerous rule which stipulates that any Top 10 player who does not enter the US Open is banned from playing in alpine Kitz.

That unorthodox and petty regulation seems designed to force the Austrian into entering New York – likely against his current wishes. Should Thiem skip pared-down Open, where players will be kept in strict isolation and subjected to several virus tests per week, his chances of defending his home title in Kitzbuehel go out the window