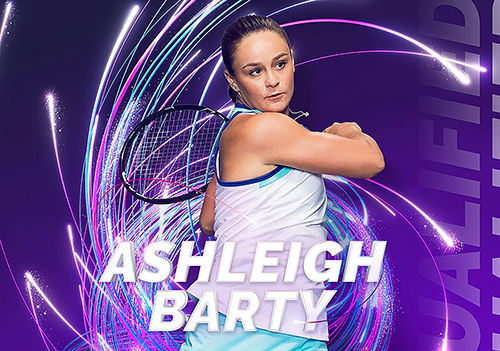 The annual autumn Asian swing is looking particularly uncertain for the WTA , with no definitive word about the fate of several prestigious women’s tournaments.

The sanctioning body told Reuters on Monday that all is not lost as the COVID-19 crisis bites deeper into the sport.

With the tennis shutdown which began in March due to end in early August on the women’s side with a start on clay in Palermo, the post-Roland Garros schedule in October looks to be under threat.

At stake are upcoming editions of seven tournaments including the cash-cow WTA Finals in the southern city of Shenzhen near troubled Hong Kong.

“To our knowledge, the report that has been circulated regarding a principle on international sporting events in China does not represent a final decision,” the WTA told Reuters in a statement.

“We remain on track with our decision timeline regarding the 2020 WTA Tour provisional calendar, which will be by the end of July.”

Profits from the Shenzhen spectacular reportedly pays many of the bills for the WTA and offers a record prize packet of USD 14 million to the world’s eight best players at the qualification-only tournament.

The upcoming edition is due to be played for a second straight year in the city of 12 million.

China appears to be cracking down on all international sport as an after-effect of the COVID-19 virus which began late last year in Wuhan before spreading around the globe.

Last month, party sport bosses said in a document that no international events will be held in the country except for 2022 Beijing Winter Olympic trials.

Tennis events which could be affected include tournaments in Zhengzhou, Nanchang and Guangzhou in September plus Beijing’s ATP-WTA China Open, Hong Kong (already cancelled) and Tanjian in October and the November Shenzhen showpiece.