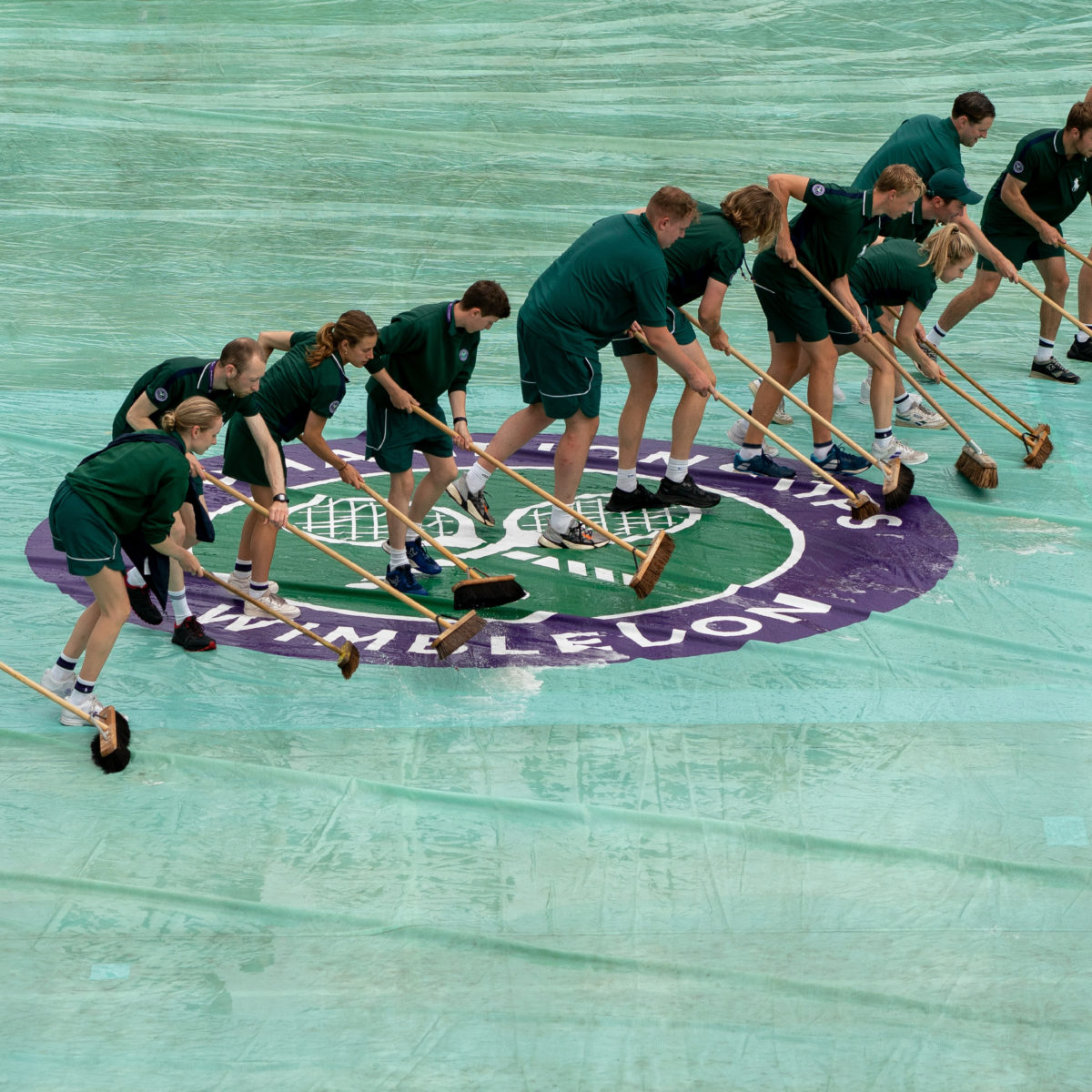 Tennis bosses will at least be relieved that multi-millions in investment will allow matches to start on time on the pair of covered showcourts: Centre and No. 1.

Broadcaster BBC was forced to trot out almost all of their tennis talking heads to fill the dead air as dismal images of ground staff pulling green covers over outside courts continued in the background.

Bulletins came every half hour, with officials rolling back theoretical start times as the rain got heavier into the afternoon.

A 50 per cent capacity crowd of around 20,000 were allowed into the club on opening day with masks to be worn while walking around but apparently not required once inside a court and sitting down; the same goes for refreshment areas.

Plans are to gradually increase the numbers  if COVID protocols hold up, with a full-house of 15,000 expected for the men’s and women’s finals in a fortnight.

Due to start off under the Centre Court roof was top seeded holder Novak Djokovic facing what could be a surprising challenge from battling Brit Jack Draper, the 19-year-old ranked 253 who reached the Queens’ club quarter-finals.

Two-time women’s winner Petra Kvitova was taking on former US Open champion Sloane Stephens while two-time local holder Andy Murray was appearing for the first time here since 2017 before his hip problems began.

The 34-year-old Scot was facing Nicoloz Basilashvili in the first round.

Forecast for London are far from optimistic, with poor weather expected for the rest of the day and Tuesday.

Main photo:- Court Attendants on No.2 Court at The Championships 2021 – ©AELTC/Jon Super