Stars dig deep to give to bushfire relief fund

Tennis royalty Roger Federer and Rafael Nadal combined on Wednesday to chip in a $175,000 (AUD 250,000) donation for bushfire relief in a surprise announcement made at the end of a fund-raiser at Melbourne Park.

“Talking with Roger a couple of hours ago we decided to give $250,000 Australian dollars to the bushfire relief together,” world No. 1 Nadal said.

The iconic pair who together have won a quarter of a billion dollars in career prize money alone, made the gesture as part of an effort in the run-up to Monday’s start of the Australian Open. 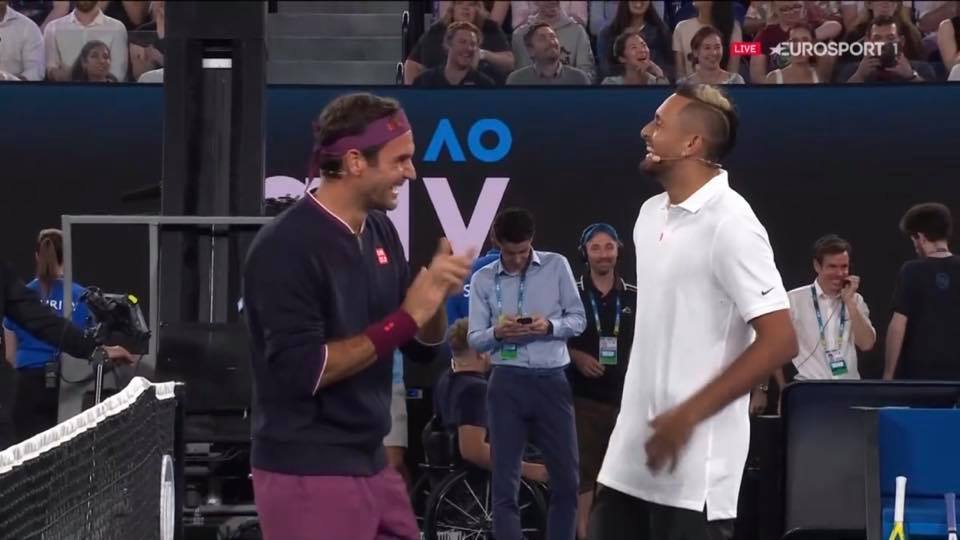 “I’m always happy to help, always happy to give my time or my money, it was an absolute pleasure to be here tonight playing with all the other legends of the game,” six-time Melbourne champion Federer said.

“This is the way to do it, we all come together for other people and I think that’s a true inspiration for many other countries as well.”

Nadal dropped the bombshell during an evening when  $3.6 million (AUD 4.8 million) was raised by the Rally for Relief exhibition featuring some of the current ATP and WTA top names.

“It was incredible to be in Rod Laver Arena to see the global tennis community come together to support bushfire relief efforts,” Australian Open tournament director Craig Tiley said.

“While the cheers for the biggest players in our sport were loud, the moment of the night was the standing ovation by the 15,000-strong crowd for the 30 volunteer firefighters who were special guests at the event.”

The executive whose management has come under fire this week from players and elsewhere for allowing qualifying play to get underway amid dangerous air quality conditions, added:

“We hope to raise millions of dollars throughout the summer of tennis and tonight is just the start. My wish is for Australian Open 2020 to be remembered as much for the good we’ve done for these fire ravaged communities as for the spectacular tennis.”

Just over 14,000 bought tickets for the hit-out, with all proceeds going to  support the Victorian Bushfire Relief. 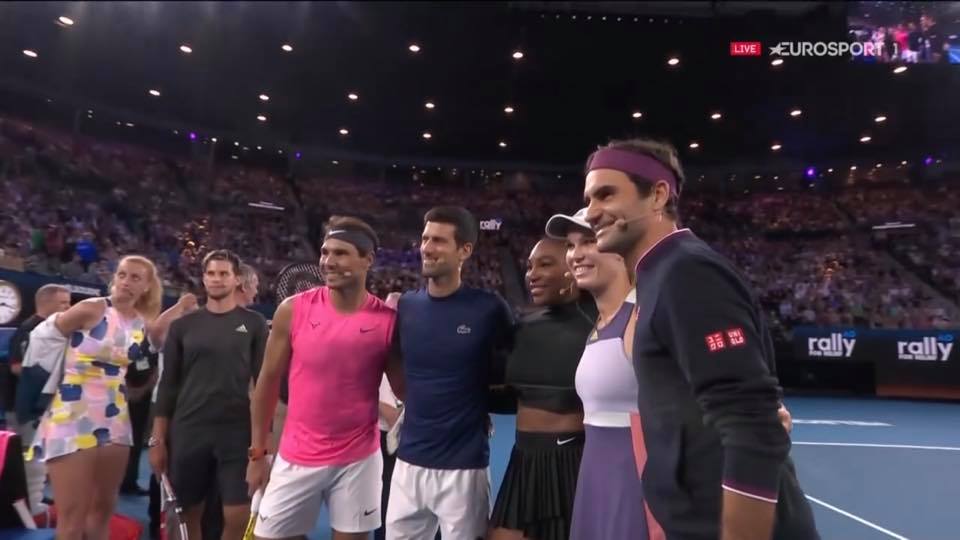 Record-setting bushfires all over the island-continent have killed 28 people, destroyed more than 2,500 homes and killed an estimated one billion animals.

The ATP has joined in the effort, pledging $500,000 to the WWF Australian Wildlife and Nature Recovery Fund.

In addition to the rally proceeds, Williams will be donating her Open prize money to the effort while Maria Sharapova pledged AUD 25,000 to the cause – and successfully challenged Djokovic to match her effort.

Kyrgios is donating AUD 200 for every ace he hits this Aussie tennis summer, with other players joining in.

Adelaide quarter-finalist Belinda Bencic, the WTA No. 7, will make a donation for every double-fault she hits and challenged slumping German Zverev to do the same. 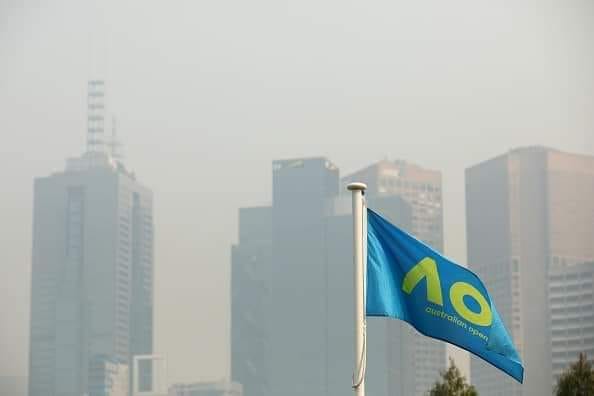