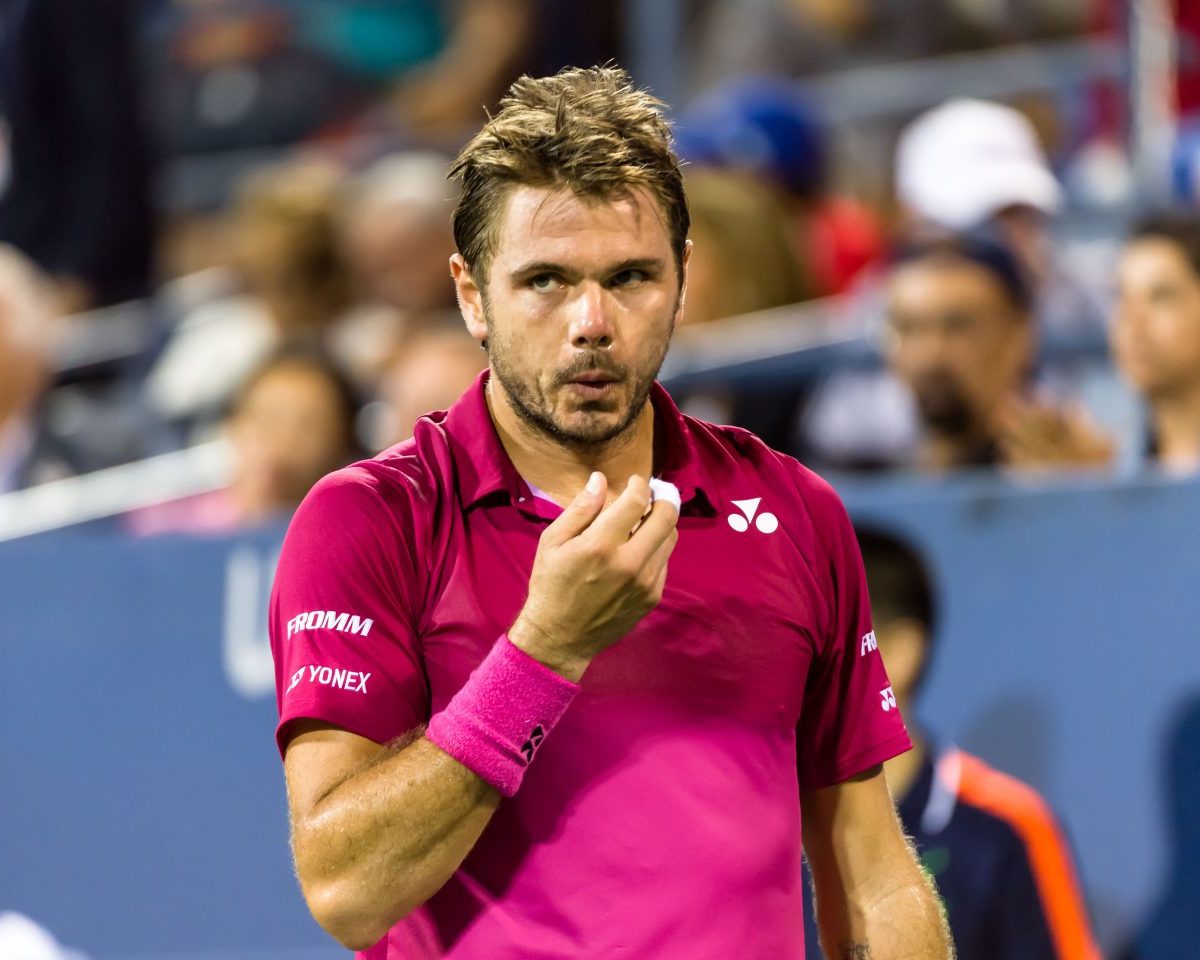 Stan Wawrinka has criticised the “political chaos” created by the distasteful Justin Gimelstob episode, with a not-so-indirect jab at ATP Player Council president Novak Djokovic in a letter to London’s Times. 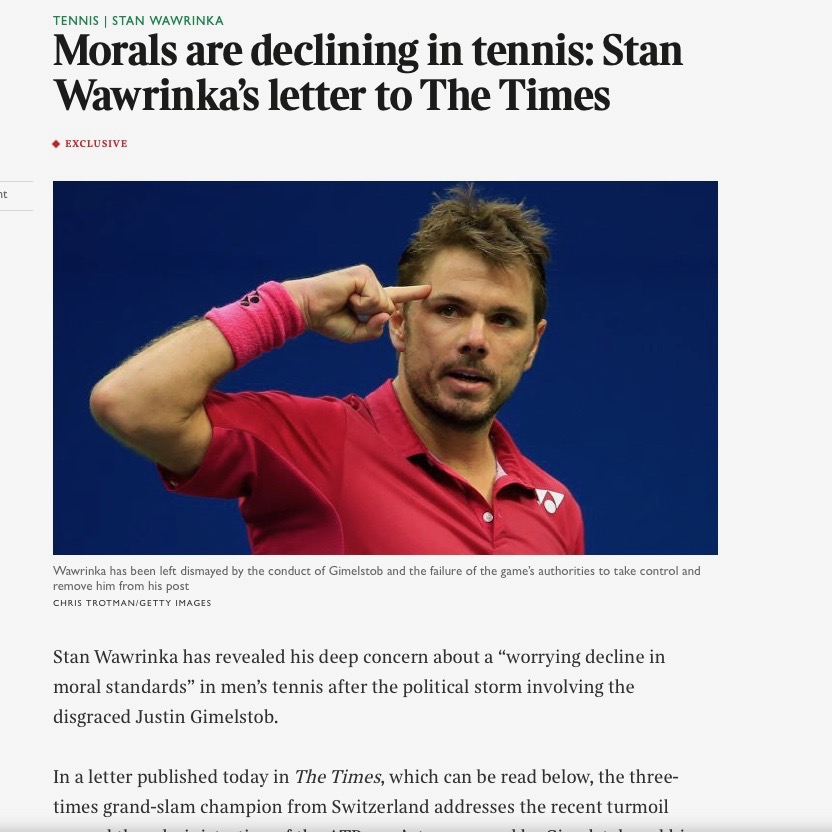 The Serb is considered a political ally of former player Gimelstob, who was forced to resign this week from the ATP board after pleading no contest to felony assault charges in LA and being sent in disgrace to anger management classes by a judge, who issued a sentence for community serve as well as probation.

Wawrinka is having none of the game-playing which he feels is corrupting what should be a strictly sporting sanction body.

“Many players feel that they were not represented properly throughout the last few months, during which so much has happened politically.”  the 34-year-old wrote on the eve of the Madrid Masters.

Wawrinka, along with injured Andy Murray, is the highest-profile player to have spoken out against Gimelstob, who had been reluctant to give up his board post until the outside pressure became too much this week.

The burly millionaire broadcaster, coach – and now former board member –  attacked a presumed love rival on the street last Halloween, raining more than 50 blows on the man’s head and leaving him with continuing injuries. 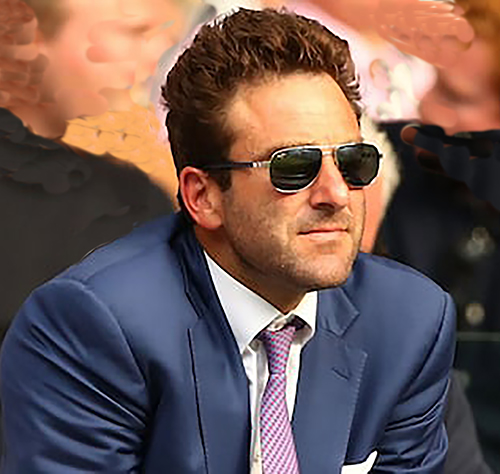 In addition to leaving his well-paid ATP gig, the 42-year-old Gimelstob was also pressurised to quit the Tennis Channel, where he worked as a broadcast talking head but still may remain as a coach to fellow American John Isner, who apparently sides with his controversial mate.

Wimbledon has barred Gimelstob from competing in any veteran events this summer and will not be inviting him to the Royal Box if he is even allowed through the gates of the All England Club; the US Open is considering the future fate of one of their own.

So far, tennis icon Roger Federer, a good friend of Wawrinka, has not passed an opinion on the erupting ATP chaos, while Rafael Nadal said last week in a losing run at Barcelona that he was not particularly inclined to speak out.

‘This episode has left many players, myself included, concerned about the direction tennis is heading in,” Wawrinka wrote, adding that reactions from inside the court have been disappointing.

“The lack of responses from people involved in the game, particularly at the beginning of this saga, when he was charged last December, was alarming. This is a situation where silence amounts to complicity.

“Players need to speak out. Justin Gimelstob has been convicted of a violent assault. It simply can not be possible for anyone to condone this type of behaviour and worse support it. In any other business or sport we would not be discussing this.”

Wawrinka also feel player leaders should have to answer for a vote this year which will mean that CEO Chris Kermode’s contract will not be renewed when it expires in December.

The failure to renew the Briton’s contract was considered a Djokovic pet project, though his fingerprints have never been directly tied to the secret ATP board vote taken at the Australian Open.