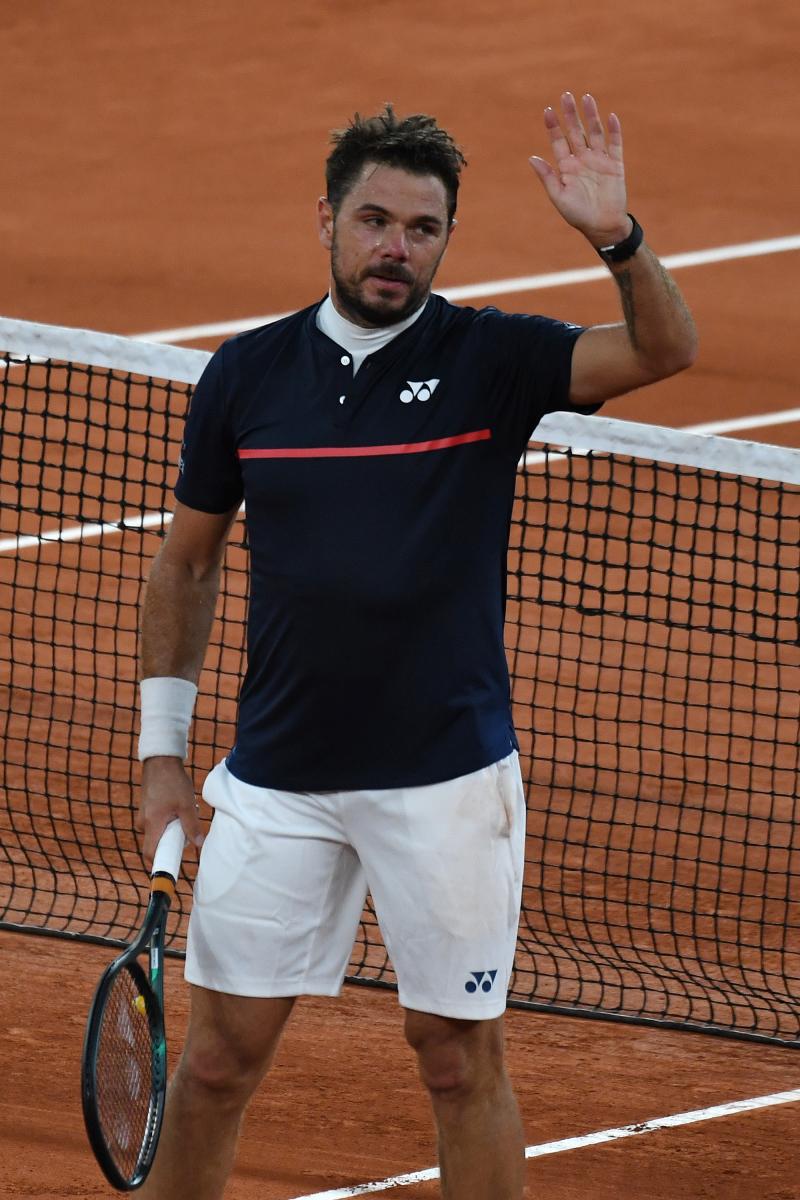 Stan Wawrinka pounced on Andy Murray 6-1, 6-3, 6-2 on Sunday’s opening day of the French Open, a loss which sequalled the Scot’s worst-ever at a grand Slam.

Murray won six games against Wawrinka, which equalled his worst (against  Rafael Nadal here in he 2014 semi-finals)

His previous worst at a major was seven games won against Juan Chela at the Australian Open, 2006.

Warinka, who skipped the US Open but played two clay Challengers last month in Prague, dominated his fellow treble Grand Slam champion, advancing with ease in just over 90 minutes.

Murray, who won a round at the US Open but had his training back in London delayed while he awaited a negative COVID-19 test, was unable to make an impression in the first-round rout.

The match was a sharp contrast to the last one the pair played at a Grand Slam, a four-hour, 34-minute duel here three years ago before Murray’s hip problems kicked in.

Since then Murray won two more meetings; he now stands 12-9 in the series.

The contest was the first between former Grand Slam champions in the first round of a major since Novak Djokovic defeated Juan Carlos Ferrero in the 1st round at 2012 Wimbledon.

The last time it happened here was in 1999 when Yevgeny Kafelnikov beat Michael Chang in the opening round..

The first set started slowly before Swiss Wawrinka took command, winning the last six games for the early lead and taking 18 of the last 22 points.

He earned the second wet with a winner to the empty Murray corner and started the thire with a break of Murray with a drop shot.

Wawrinka broke for 5-2 command and completed his trip to the second round without difficulty. He finished with nine aces and six breaks of the Murray serve.

The Scot still needs time to analyse wheat remains missing in his game as he continues his long return from two hip operations.

Today was, yeah, obviously an extremely tough draw. Even if I played very well, you know, there would have been no guarantees that I win that match.

“I need to have a long hard think about it. It’s not for me the sort of match I
would just brush aside and not give any thought to.

“There are obviously reasons behind a performance like that. I might be wrong, but I think that’s the worst defeat maybe of my career in a Grand Slam.

“I should be analysing that hard and trying to understand why the performance was like that.”