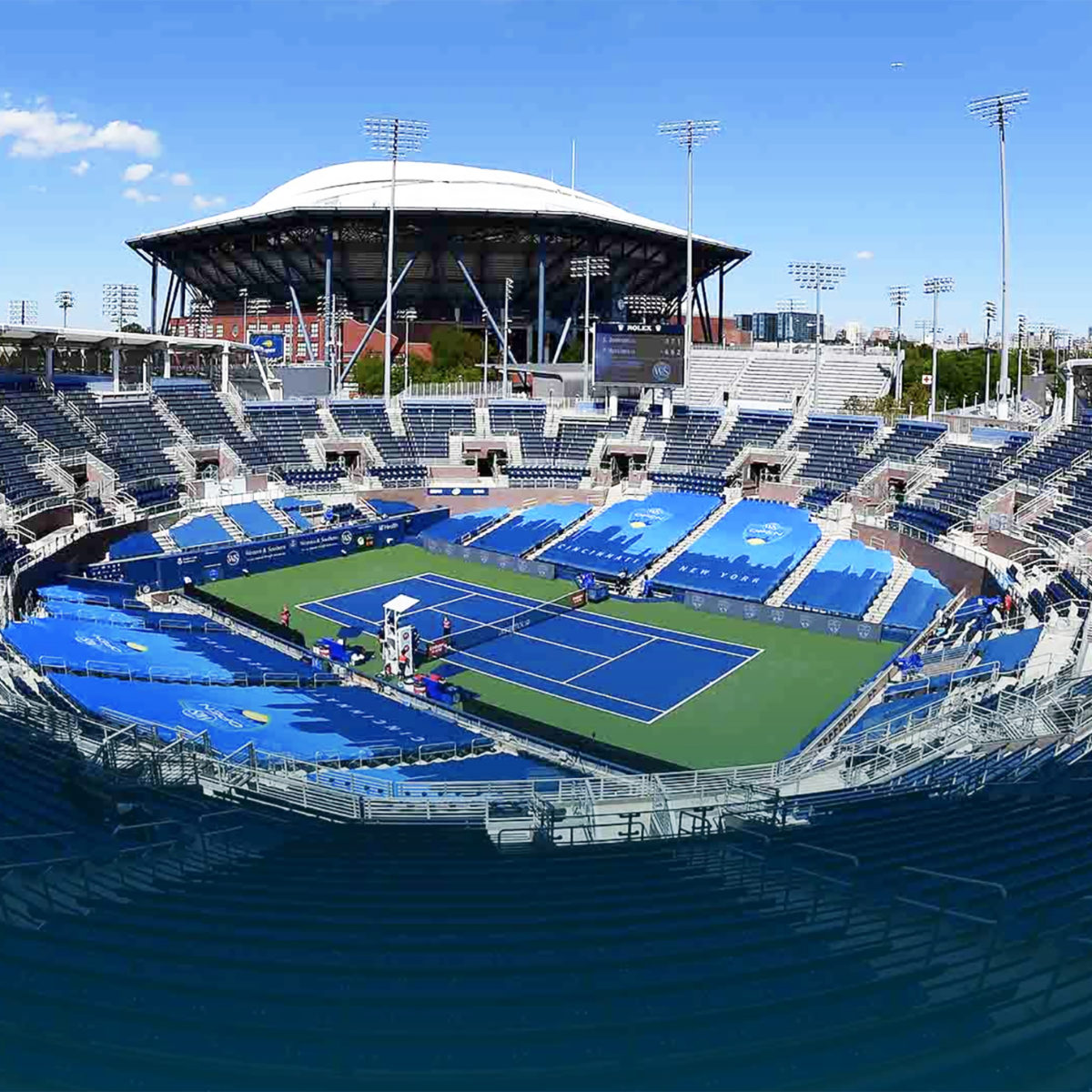 The cavernous 23,000-capacity Ashe stadium at the US Open might feel like a crypt to some top players as the locked-down, no-fans US Open gets underway.

With Monday’s start of play featuring the high-profile pair of Novak Djokovic and Naomi Osaka in the first of the night sessions, British TV commentator John Lloyd fears the worst for some.

The former player who coached the San Diego side in the summer World Team tennis season in July said that a lack of spectators mens a new world for competitors who rely on the cheers – and jeers – form a massive crowd.

“I have a feeling some of the big players might actually ask not to play on Arthur Ashe,” Lloyd told Tennis.com. “It’s vast. 23,000 empty seats. What kind of atmosphere does that create?

“I would think some players might struggle with the emptiness of it all. A smaller court, even with just coaches and a few officials, would create a better atmosphere. It would make it easier to focus.”

New York features a particularly tough crowd at night, with some in the upper reaches of the tennis monolith having indulged in a few extra adult beverages over the course of evenings which sometimes end well past midnight.

Top seed Djokovic has never felt the love like Roger Federer and to an extent, Rafael Nadal from the rowdy and opinionated Gotham fans .

So the Serb will have to put the experience gained from his weekend title run at the equally fanless “Cincinnati” Masters at the same Flushing Meadows venue to good use.

“It will be so interesting with no crowds—who can handle it and who can’t?

“We will find out who really enjoys just hitting a tennis ball; just playing the game for the love of it, or for the competitive streak in their nature.

“But there are some players out there who just play because it is their job. For them the love of the game is not as deep and, with no crowds to gee them on, their motivation might drop.”