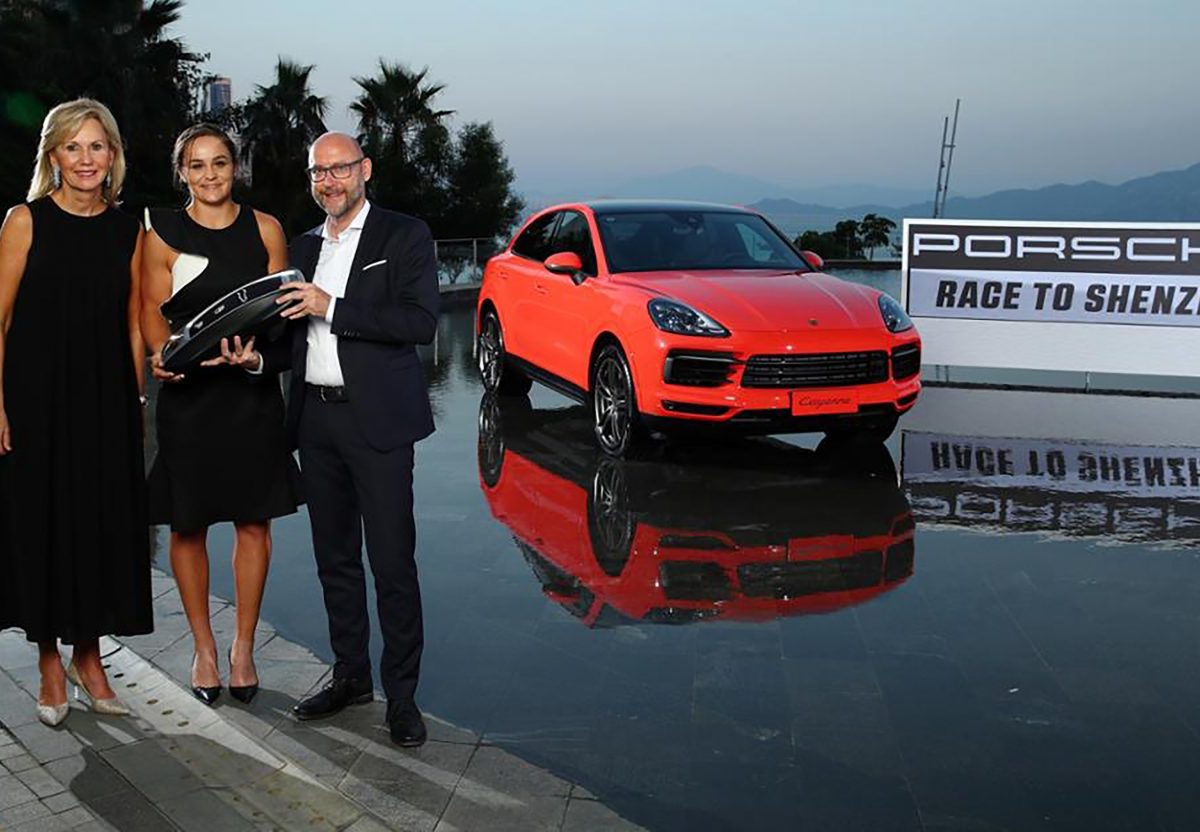 With a mega-investment in the WTA with ambassadors including Maria Sharapova and Angelique Kerber on the payroll, Porsche is taking action amidst the current COVID-19 tennis shutdown.

The German luxury carmaker will next month stage a mini-tournament series on home courts as part of an effort to see at least some return on investment in a sport which is paused through July.

The German Ladies’ Series will run from June 16-26 to take up some of the slack with no Tour events active.

The lineup of 24 German players will be headed by No. 65 Laura Siegemund, titlewinner of the Porsche WTA event held each April in Stuttgart, but wiped out by the virus pandemic last month.

The series will be played in five cities, with preliminary rounds set for Stuttgart, Darmstadt and Versmold.

The intermediate rounds move to the northern venues of Hamburg and Kamen with the final to be played in . The final will take place in Versmold in the week from 19 to 26 July. All the matches will be played in strict compliance with the regulations drawn up by the authorities. Linespersons and ball kids will not be present on court, only umpires.

In addition to the top-seeded Laura Siegemund, Porsche Team Germany will also be represented by Anna-Lena Friedsam and Mona Barthel. Juniors and promising youngsters supported by Porsche will also be using the tournament series as preparation for the eagerly awaited restart in women’s professional tennis. Competing from the Porsche Talent Team will be Katharina Gerlach, Jule Niemeier, Nastasja Schunk, Joelle Steur and Alexandra Vecic. The Porsche Junior Team’s Mara Guth, Tea Lukic, Eva Lys, Julia Middendorf, Sarah Müller and Angelina Wirges will also be playing. The sports car manufacturer will adorn the courts as the presenting partner and will make the tournament series viewable for all the fans at home via the Porsche Tennis social media channels.

“We feel the German Tennis Association’s nationwide tournament series is a great idea. Despite the suspension of the international pro and junior tours. Porsche, as a long-time DTB premium partner, is delighted to play a part in enabling German players to return to a competitive mode,” said Oliver Eidam, Director Brand Partnerships and Sponsoring at Porsche AG. “Match practice, especially for Porsche Talent Team and Porsche Junior Team players, is a big motivation and important for their continued development. Irrespective of the sporting attraction of the tournament series, the strict compliance with all the authorities’ regulations and the health of everybody involved is of upmost importance for Porsche.”

“The field for the ‘German Ladies’ Series presented by Porsche’ is an interesting mixture of experienced professionals and promising youngsters,” says Barbara Rittner, Head of Women’s Tennis at the German Tennis Association. “The fact that Porsche, within the framework of its long-time partnership with the DTB and its involvement at the national tennis centres in Stuttgart and Kamen, is now also playing an instrumental role in accompanying the new tournament series shows the company’s sustainable engagement for German women’s tennis. Our partners’ active support is particularly important, especially in these currently challenging times.”

The “German Ladies’ Series presented by Porsche” will be played over four rounds each lasting four days with group matches and then play-offs to decide the placings. The 24 participants will initially play a preliminary round in six round robin groups of four in Stuttgart, Darmstadt and Versmold. Matches in the two groups at each venue will last three days. On the fourth day of the tournament, the respective placed players will meet each other in the play-offs for the final placings. The four top-placed players at each venue will advance to the intermediate round to be held in Darmstadt, Kamen and Hamburg for six berths in the semi-final in Darmstadt. Versmold is the location for the final round containing the top four. The system has been designed to generate as many matches as possible for the players.